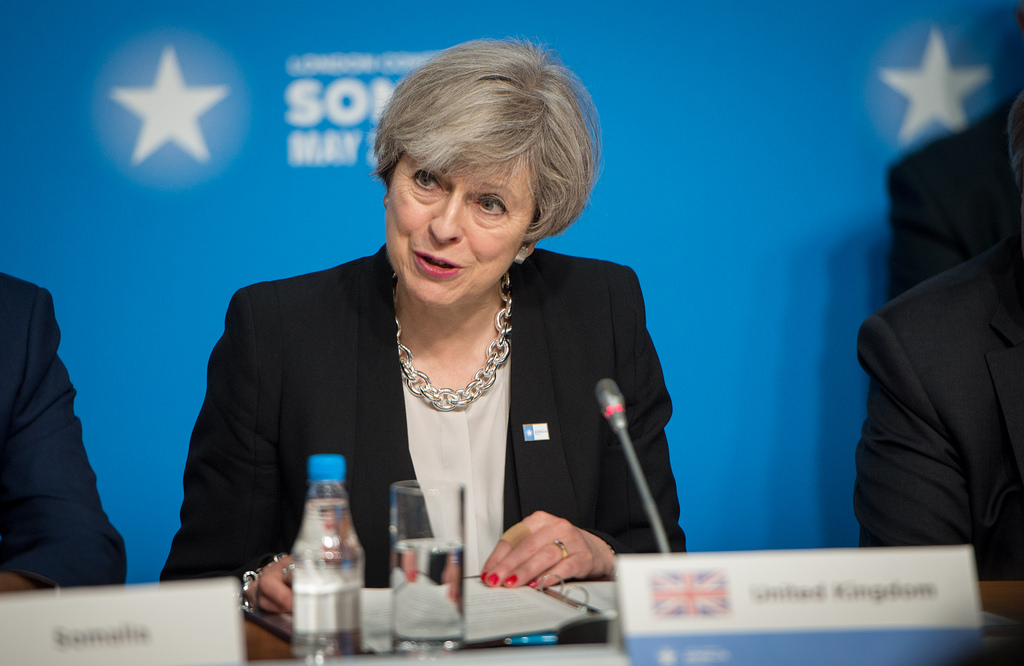 THE PRIME Minister wept as her conference speech came to an end, as well she might. Given the year she’s had, she needed to deliver the speech of her life on Wednesday. This, was not that speech.

If Theresa May wanted to use today’s conference speech to present the image of a leader rejuvenated, fully recovered from the embarrassing election result in June, she might have regretted the coughing fit which interrupted swathes of her address to Tory delegates in Manchester. She might also have wished that TV prankster Simon Brodkin hadn’t taken to the stage proffering a mock P45.

This Conference speech by the Prime Minister was always going to be a difficult one. It is, after all, an open secret that many in her party think she needs to go. At the same time however, most of the speculation following the election predicted she’d be gone by the time of the October conference, and yet, she remains.

It was supposed to be her big comeback speech, and in terms of her political survival, many commentators argued that it needed to be just that. But this speech will almost certainly be remembered as one marred by a coughing fit and a prank which only served to highlight her increasingly precarious position.

“I am confident we will find a deal that works for Britain and Europe too.” Prime Minister Theresa May

On Brexit, Ms May was careful not to acknowledge what everyone listening knew – that negotiations with the EU are moving slowly, and very much not in the UK’s favour. On the subject of those negotiations, she said very little:

“I know some find the negotiations frustrating. But if we approach them in the right spirit – in a spirit of cooperation and friendship, with our sights set firmly on the future – I am confident we will find a deal that works for Britain and Europe too.”

Scottish Green Party co-convener Patrick Harvie said: “While the prime minister says ‘sorry’ to Tory party members for a poor election campaign, coughing and dribbling is as close as the public gets to an apology on Brexit.”

“The Tories have run out of ideas and they are running out of time.” Shadow Scottish Secretary Lesley Laird MP

Shadow Scottish Secretary Lesley Laird MP commented on the speech, saying the Tories were “more interested in fighting among themselves than fixing the very serious issues facing the people of this country”, adding: “the Tories have run out of ideas and they are running out of time”.

The Prime Minister made reference to what she called “the British dream” – “that life should be better for the next generation”. The crux of that idea though seemed to lie – as with her predecessors – in increased home ownership, a policy which successfully improved the fortunes of huge swathes of the UK population under Margaret Thatcher in the 1980s.

Unlike Thatcher however, Ms May does not have a huge stock of publicly owned council housing to sell off at rock bottom prices, and her pledge to see that stock replenished amounted to little more than a plea for private developers to step in:

“I want to send the clearest possible message to our house builders. We, the government, will make sure the land is available. We’ll make sure our young people have the skills you need. In return, you must do your duty to Britain and build the homes our country needs.”

Ms May promised to end what she called “rip-off energy prices” through an – as yet – unclear policy, nevertheless her stance is somewhat at odds with the party’s position in 2015, when it claimed that Ed Miliband was proposing nothing short of Marxism for the very same thing during his General Election campaign.

“The General Election saw the threat of nationalism set back, the case for a second referendum in Scotland denied.” Prime Minister Theresa May

On Scotland, Theresa May didn’t say a great deal. She praised what she called a “brilliant result” for the Scottish Conservatives in June under Ruth Davidson’s leadership, and made a dig at the Scottish Government over abortive plans in the spring for a second independence referendum:

“As a proud Unionist, I take comfort that the General Election saw the threat of nationalism set back, the case for a second referendum in Scotland denied.”

“Together, quite simply, we are stronger. So we must unite the country around our Conservative vision of a global, prosperous Britain in which the British Dream is alive.”

When the speech drew to a close, the Prime Minister wept as she was joined on stage by her husband Philip. Gruelling, physically demanding, and even embarrassing at points, this was not the speech that she – or her party – had been banking on to steady the ship. At best, she leaves Manchester no less precarious than she arrived, at worse, she just delivered her last conference speech as Prime Minister.