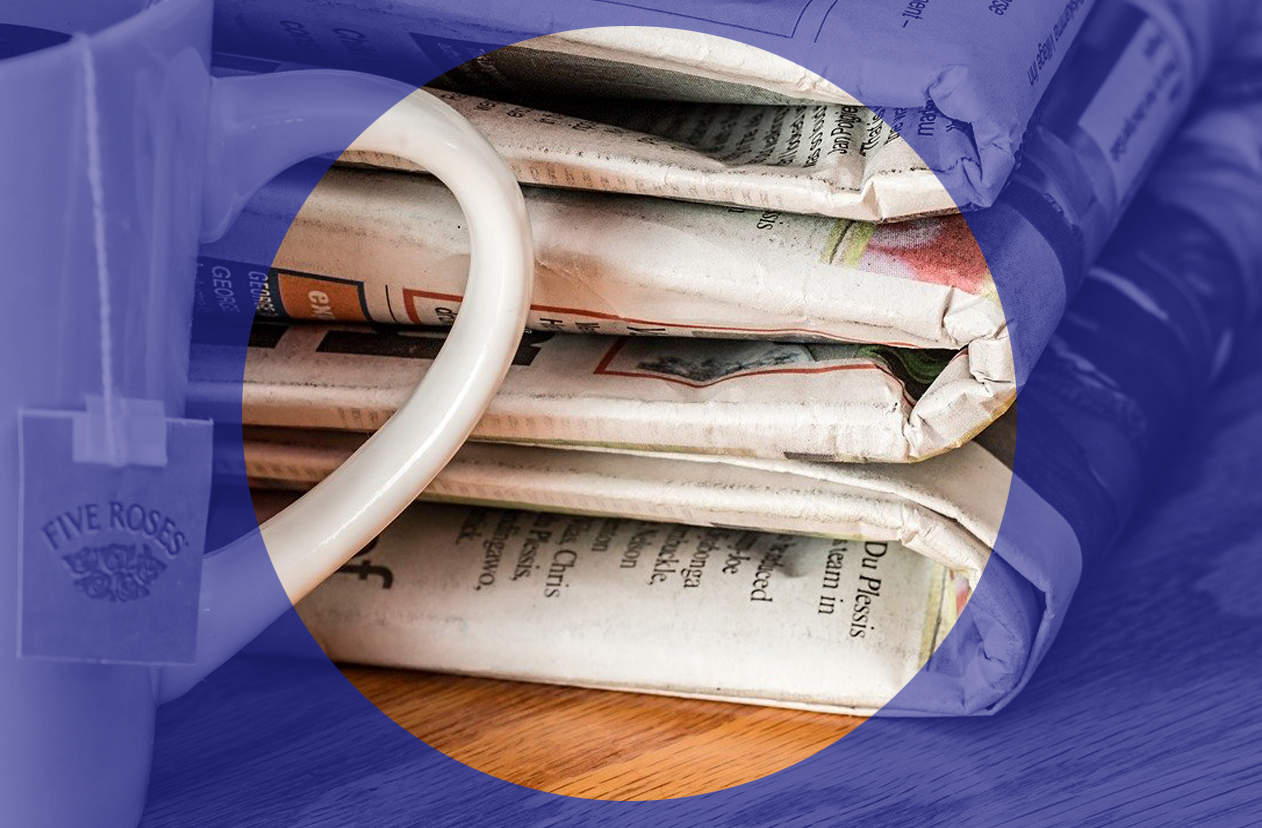 “As with many other industries during the Covid-19 induced crisis, an atmosphere of confusion and trepidation hangs heavy over media.”

SINCE the onset of the Covid-19 pandemic and the consequent economic crisis, the press-releases of many trade unions have become a torrent of sorry tidings.

Emails journalists receive from their own National Union of Journalists (NUJ) have been little different. In April, Newsquest staff began to decant from their office complex in Glasgow city centre – its buildings now joining Edinburgh’s iconic former Scotsman headquarters as a monument to the decline of Scotland’s newspaper industry.

On 11 May came the results of a union survey that found two thirds of media workers had lost earnings since late April. One third of freelance journalists (representing a swelling proportion of the total in an increasingly insecure work environment) had lost one hundred per cent of their income.

On 7 July, Reach, the owner of titles including the Daily Record, Glasgow Live and Edinburgh Live, announced 550 job cuts. In mid July, the revealed it would be BBC axing 520 members of its news staff (including at least 60 in Scotland), with the loss of several news programmes.

Yet this a long-run crisis with multiple causes. Rot had set in many years before 2014, by which point no daily or Sunday newspaper in the UK could boast a circulation of over 2 million.

Newspaper titles in particular have never seemed so precarious. Even a few years ago, when times were already worse than tough, the names of major papers sounded like claims to permanence. Now, with newspapers feeling like unnecessary luxury consumption items to many in a straightened time, circulation is plummeting. We don’t know how quickly, because in May the industry Audit Bureau of Circulations decided to stop publishing figures, reflecting industry fears about a “negative narrative of decline”.

The paper’s position as a mass communication form has of course been usurped by new technologies, but economic and cultural changes were also significant factors.

Profiteering by corporate owners often drives decisions to ‘rationalise’ newsrooms by lay-offs, and has degraded the quality of output.

As Chris Silver, author of Demanding Democracy: The Case for a Scottish Media says: “The capacity for original journalism to be produced in Scottish newsrooms has been under threat since at least the 2008 financial crash, which arrived a few years after papers like the Scotsman and the Herald were acquired by large, over-leveraged, regional publishers. You can add to that a third factor of ad revenues haemorrhaging out of traditional media and towards the tech giants.”

“I think it’s important to understand that the provision of original content is incidental to the business models operated by these companies. In the case of Newsquest/Gannett, we know what the future holds based on their decimation of the American regional newspaper market; a company which, while its stock value plummeted 700 per cent, still found $37.1m to pay off the CEO who had overseen this collapse.”

We have also seen significant changes in political culture. The polarisation of recent years, including sharp dislocations in political life via Brexit, Corbynism and Scottish independence have shaken faith in media institutions. A report by Oxford University’s Reuters Institute for the Study of Journalism found that left-leaning audiences had experienced the sharpest declines in trust, with 15 per cent saying they trust most news sources, down from 46 per cent just five years ago.

It found that even the BBC, once recognised as an international gold standard in quality news service, and one of the major instruments in the forging of modern British public life, had experienced a decline in trust. Among the most left and right wing audiences trust had fallen by 20 per cent.

Dr Tom Mills, lecturer of sociology and policy at Aston University and author of The BBC: Myth of a Public Service, says that the institution cannot remain immune from these wider currents: “One of the things that happens is that as you get elites splitting away from the public in various ways, this puts the BBC in a real tension. Their immediate important audience is the politicians, those are the people who have power over life and death at the BBC. But they can’t really lose the broader over all public legitimacy.”

In the pandemic era, the BBC has come into its own as the essential relay service for official information. But this creates significant questions over how it understands its relationship with both the state and the wider population: “There’s been a to-and-fro tension in the Covid-19 period about how the BBC walks that line. How much can it piss-off the government. How much can it risk doing that? It’s very conscious that different sections of the public are very critical of what it does, and it feels caught in the middle.”

These tensions help expose some of the assumptions about how a public service broadcaster operates, even in relative ‘peacetime’: “It tends to be the state and corporations that are driving the news agenda. The BBC since the beginning has tended to see itself as embedded in a wider news economy, and the press has tended to drive what the stories are.

“Journalists at the BBC tend to take that for granted. A story is a story – a mysterious sense that journalists have that only they understand. What’s really going on… is what pop-sociology calls group-think. That’s what drives the BBC news agenda; the broader news system.”

Since the pandemic began, most of the heaviest blows on the government have been landed by the papers – including those like the Sunday Times and the Financial Times that might once have been expected to be friendly to the Conservatives.

Has the BBC proven its value as a force of social cohesion during the crisis? And will this change minds among those in the UK’s ruling Tory who want to diminish its power and dilute its traditional public service remit?

Mills thinks not: “I don’t think it’s going to make a big difference, is the short answer. There are sections of the Conservative party who want to get rid of the BBC in its current form. Most of the Conservative party want to intensify to long-standing direction of travel of the BBC, which is de-funding the BBC and intensifying the commercialisation of its operations.”

With the squeeze on Scotland and the UK’s media environment, what prospects are their for reform of the declining industry? Jeremy Corbyn broke the taboo on this issue in 2018, proposing various measures of state aid, anti-monopolisation and investment in local journalism. He was not repaid with kindness by the newspaper corporations.

In an economic atmosphere where industrial bailouts have become quite common, what reforms should come along with any potential rescue packages?

Silver is anxious they do not resemble the anti-regulatory bailouts of 2008: “There is still a real risk that a bailout becomes just another example of corporate welfare. In the UK basic liberal assumptions about a ‘free’ press are so closely related to a policy of giving free rein to corporate media that even modest subsidy regimes sound radical. This ingrained hostility is difficult to square with uptake of the furlough scheme, which Newsquest has been accused of using as a clearinghouse for redundancies.”

“We should really be talking about options for community or cooperative buyouts of neglected titles – with a mechanism to ensure that minimum levels of original coverage are being provided. While it’s often unremarked on, subsidy for local democracy reporters has been in place since 2017 – so the public sector has already stepped in to address one aspect of market failure.

“However, for any new system to be effective, it has to start by looking at ownership. It would also seek to challenge the tech monopolies and break up the older media conglomerates by transforming them into viable operations, operations that push against the prevailing trend which could ultimately see journalism subsumed into content farming.”

In the meantime, as over many other industries during the Covid-19 induced crisis, an atmosphere of confusion and trepidation hangs heavy. No one expects help to arrive before the next worrying inbox item from the union.