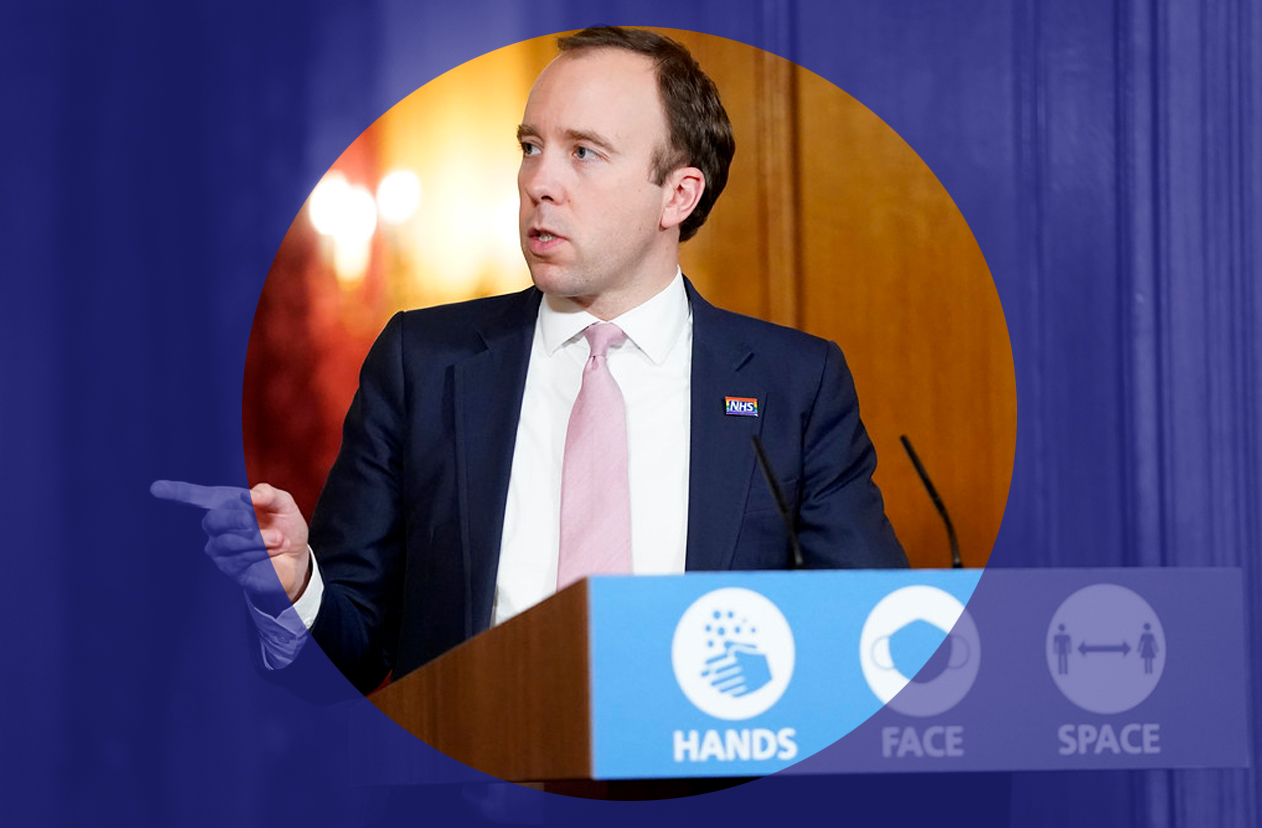 “Chillingly, body-bags for those lost to Britian’s world-beating excess mortality rate were being flogged to this Conservative dinner party set at 14 times the market rate.”

A CRUSADING – and crowd-funded – public accountability group, the Good Law Project, proved in the English high court last week (19 February) that the UK Government had breached rules in failing to publish the details of Government PPE (personal protective equipment) purchases worth billions.

The judge, Mr Justice Chamberlain, was damning in his judgement of Hancock: “The secretary of state spent vast quantities of public money on pandemic-related procurements during 2020. The public were entitled to see who this money was going to, what it was being spent on and how the relevant contracts were awarded.”

What was he trying to hide, with this bizarre reticence to abide by a standard accountability measure? The papers have provided at least some of the answers in what is becoming an astonishing scandal.

The Guardian had already uncovered £30 million splashed on Alex Bourne, the health secretary’s former neighbour, for the production of medical equipment he had no experience in. This one almost laughable case illustrates a much broader process. The bidding process for such contracts seem to have been replaced with what critics describe as a “VIP lane” of corporations with close links to the Conservative party.

A team of New York Times journalists investigated British state expenditure on pandemic supplies during 2020 – a time when massive Bank of England purchases of government bonds provided the basis for huge emergency expenditure. Trawling through some 1,200 central government contracts worth $22 billion, they found that an incredible half of this spending went to friends of the party, who very often lacked the requisite experience in medical provisioning. But it’s not just a question of who was given this money, but how much, and at what return for the British public. Prices for these goods were often wildly inflated.

Chillingly, body-bags for those lost to Britain’s world-beating excess mortality rate were being flogged to this Conservative dinner party set at 14 times the market rate. The prices represented both the monopoly (to the Tory networks) and the desperate need for the supply of PPE created by major shortfalls in equipment. Fluid-repellent gowns and visors were not stocked in advance by the government, leading one former advisor to question such an obvious lack of judgement. Bill Morgan, a key figure in the health department under Andrew Lansley, said: “I can’t recall anyone raising the possibility of a non-flu pandemic, and we need to understand why that was because our future contingency plans need to cover everything with pandemic potential.”

This all means that as government policy failed, the profit margins of the Tory donor networks expanded.

The horror of the fiasco is that it confirms an certain image of decades of economic liberalisation. Having hollowed-out the state’s capacity to respond to major public policy challenges, what does a state like the UK have to fall back on? ‘The market’ was the Tory answer for many decades. Instead, what we find is that it gives way to ad-hoc monopolies based on networks of personal patronage.

In a bid to shake-off some of the dirt, Hancock appeared on Good Morning Britain (23 February) to protest that far from endangering the public with a shortage of PPE in hospitals, he had in fact saved them: “There were areas where it was enormously challenging and there were areas where there were problems but we never had a national outage of it…”

“We never had a national outage of it because of my team and the work they were doing.”

So what can account for the weakness of the pressure on him to resign? It has, of course, been a condition of the pandemic era that many governments have faced less pressure than they might otherwise have. More important than restrictions on actual protest may have been the widespread mood of national solidarity and emergency that has gripped populations.

Then there is the traditional danger that resignations pose to governments. They can kill the momentum behind a story, or they can add to it. If Hancock is implicated in the VIP circuit, then who else in his department is? How widespread was the knowledge of what was going on?

Third is the phenomenon of the accelerated news cycle. All through the summer, Tory spin-doctor in chief Dominic Cummings dodged the most flagrant breaches of his own government’s lockdown rules, by combining a brass neck with the rapid churn of social media-driven news cycle. Quite simply, if one can brazen out the story for 24 or 48 hours, the public attention shifts to a fresh algorithm-infused controversy.

Finally, and devastatingly for British democracy, is the absence of a viable opposition party. Keir Starmer’s refusal to call for Hancock’s resignation is likely part of his calculation to avoid consistent criticisms of the government (and therefore a massive negligence towards a key function of any opposition party).

But the weakness of Labour also frames British politics, particularly in England. There is currently no organised or formal opposition to the patronage model around the UK Government, and Starmer isn’t making a distinct ideological appeal, or telling a story about how politics and the economy could be different.

It’ll take some other force in the post-lockdown world to bring about such an alternative.