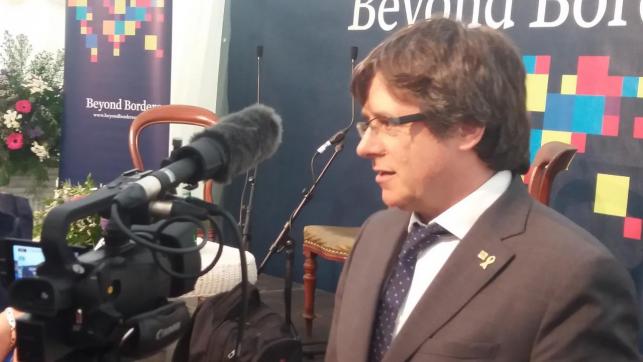 EVEN before the full results were in, many sought to interpret this month’s European parliamentary elections as a proxy for matters beyond the vote at hand, on everything from the leadership of Jeremy Corbyn to the uncertain strength of the far right.

Scotland was no different. First Minister Nicola Sturgeon has already argued that the SNP’s emphatic victory – in which its vote-share outweighed that of the Scottish Conservatives, Scottish Labour and Scottish Liberal Democrats combined – means that demands for a second independence referendum will grow.

Meanwhile, Scottish unionists are scrambling to establish an alternative view – a particularly gruelling task for the Scottish Tories, whose efforts to use the EU elections as a means of rejecting Sturgeon’s plan to seek a plebiscite before 2021 have backfired on a colossal scale, but they may find some comfort in the fact that the split in votes between pro- and anti-independence parties almost exactly mirrored that of the 2014 vote.

Other factors must also be considered, such as the SNP’s heavy emphasis upon the EU elections as a rejection of Brexit by a majority-Remain nation, as well as the separate troubles of a ever-more bereft Scottish Labour. All this will keep the commentators busy, as well as keeping the Scottish results resistant to overly simplistic readings.

In Catalonia, the situation is demonstrably different. It will be extremely difficult even for the most unsympathetic of analysts to interpret the 49.71 per cent of the vote won by Catalan pro-independence parties – an overall majority in favour of the Republic, if spoilt ballots are removed for consideration – as an endorsement of anything but independence by Catalonia’s electorate.

For a variety of reasons, it was the not a sweeping victory such as that enjoyed by the SNP. Across Spain, the ruling Socialist Party (PSOE) – a government which this past year wobbled so severely as to trigger a general election – won 32.8 per cent of the vote, securing clear victories at the European, regional and local levels – except in Catalonia.

While the PSOE maintained the momentum it picked up during the general election, so did the resurgent Esquerra Republicana de Catalunya (ERC), the left-wing pro-independence party which triumphed across Catalonia’s 948 municipalities, narrowly beating the Socialists by 23.4 per cent to 21.9. However, the biggest winner was former Catalan president Carles Puigdemont, whose party Together for Catalonia (Junts per Catalunya) received 28 per cent of the Catalan vote, despite Puigdemont remaining exiled in Belgium and a fugitive from Spanish authorities.

Furthermore, the Socialists now look increasingly lonely as representatives of Spanish unionism in Catalonia. After much ominous bluster, the far-right Vox – so recently spoken of as kingmakers in Spanish politics – failed miserably in Catalan constituencies, and managed to scrape up only 2 per cent of the vote. The European elections have not only served as an endorsement for independence by Catalonia, but a further repudiation of neo-Francoism.

The combined pro-independence vote share is undeniable, and will ensure Sanchez cannot forget the inescapability of the Catalan crisis, even as he lead talks amongst the EU’s social democratic parties over their institutional arrangement and representation.

The distinction between the triumphs of Scotland and Catalonia’s independence movements this week is therefore one of consistency: the Yes campaign lost in 2014, but a mandate for another referendum has arguably been secured by the pro-independence majority subsequently returned to Holyrood, following an SNP manifesto that was explicit in its aims. The Catalan independence movement have, by contrast, won their referendum, won the hastily convened Catalan election which the Spanish state hoped would refute the vote, and have now won at a European level. One wonders how many more successes they need before the rest of the world gets the gist.

Beyond the winning numbers, the Catalan independence movement secured victories both symbolic and moral. Three ministers from the ousted government of Carles Puigdemont were elected as MEPs – two of them unable to set foot in their homeland without risking arrest, while former Catalan vice-president Oriol Junqueras won from a jail cell. The ongoing trial of Catalan pro-independence leaders for their part in organising the 2017 independence referendum has never looked more punitive or irrelevant.

Problems do persist for Catalonia’s new pro-independence MEPs, but they do not appear as insurmountable as they once did. While the possibility remains that Puigdemont could be denied the parliamentary immunity granted to all MEPs, the EU has not shown any signs of bowing to demands from the right-wing People’s Party – which won only 3.1 per cent of the vote in Catalonia that changes be made to the European Arrest Warrant to include charges of rebellion and sedition, allowing Puigdemont to be automatically extradited. Without such extradition, criminal charges against him cannot be settled with finality, allowing for some useful ambiguity which Puigdemont and his supporters will almost certainly make us of.

In the battle for perception, however, the most important victory has already been won by the independence movement. Catalonia continues to treat its politicians like politicians, in spite of those who would prefer they be treated as criminals. Catalan democracy has functionally outgrown Spanish law.