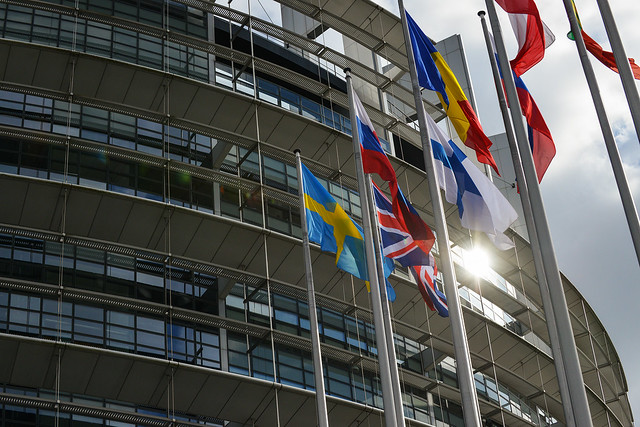 Polarisation between Scottish and English voters next week could reignite the sense of democratic outrage over Brexit, and reinforce the necessity of independence

SAME as it ever was, it’s happening again.

Commentators and political analysts, burned before and nervously hedging their bets, warn of the dangers and unreliability of pre-election polling, before ignoring their own advice and engaging in whatever hypothetical scenarios can be drawn from the tea leaves. It is the most dismal form of science fiction, and it explains why so many journalists are happy to leave the whole rotten business to John Curtice.

The man himself, writing in the Scotsman newspaper today (14 May), gets his own provisos in early: superficially, the European elections are an irrelevance, in which voters are “being invited to elect representatives to an institution from which the UK is meant to be withdrawing in the next few months.”

Curtice frames much of his argument in what the European results could mean for the SNP’s push for a second independence referendum, for obvious reasons – such will likely be the focus of much of the SNP grassroots, not to mention a good deal of the post-match analysis. However, he also notes that the SNP “seems to be winning the battle for the support of those who voted Remain in the EU referendum, no less than half of whom are in the nationalist camp.”

Although several UK-wide polls have placed the ascendant Brexit Party in the lead – most recently a YouGov poll commissioned by the Times newspaper, which this week placed Nigel Farage’s new electoral venture on 34 per cent, with the Tories lagging at fifth place with a mere 10 per cent – polling on Scottish voting intentions has shown a dramatically different picture.

READ MORE: EU Elections In Perspective: The rise of the Brexit party as a ‘creature of the void’

Another YouGov poll from the end of April, commissioned by the Times’ Scottish edition, put support for the Brexit Party in Scotland at only 13 per cent, putting it in third place.

Meanwhile, support for the SNP in the European elections has increased from 29 per cent in 2014 to 40 per cent in the YouGov poll, placing it well ahead of its nearest rivals. More to the point, the poll also shows that grouping the pro-Remain parties together – SNP, Greens, Liberal Democrats and Change UK – yields a 59 per cent majority in Scotland. Against this backdrop, it is unsurprising that the SNP has framed the European elections as an opportunity to reinforce Scotland’s opposition to Brexit, which the nation famously – and impotently – voted against.

Speaking to CommonSpace, the Scottish political journalist and OpenDemocracy editor Adam Ramsay argued that the nature of Brexit helps explain the apparent electoral divide between Scotland and England.

“More broadly, the assumptions of that nationalism are not very contested in most English discourse, even among a lot of the Remainer community, as opposed to in Scotland.”

Dr Kirsty Hughes director of the Scottish Centre on European Relations, adds: “In Scotland, it looks clear that Remain parties will between them take more than 50 per cent of the vote – without including Labour’s pro or anti-Brexit stance (depending on which politician you listen to) in that.

“In England, the Lib Dems, Greens and Change UK look unlikely to get over 40 per cent – while the Brexit party, Tories and UKIP are likely to get more than that. This looks like underlining Scotland-England differences – even though Remain/Leave polls have shown a Remain majority even in England recently.”

Ellen Höfer, creative director of EU Citizens for an Independent Scotland, also told CommonSpace that “the sharp contrast between rUK’s and Scotland’s EU election voting intentions makes clear that with its passionate support of EU membership and Freedom of Movement the Scottish Government is making very smart, timely policy moves representative of both the Scottish electorate and the interests of Scotland as a potentially soon independent European nation.”

READ MORE: EU Elections In Perspective: The ‘not so extraordinary’ rise of the Brexit party

So say the numbers hold, and Scotland votes in a significantly divergent manner than the rest of the UK, or at least England. We know the way this story goes; we’ve seen it many, many times before.

The democratic deficit inherent to the British politics will be freshly illuminated. The fact that Scotland can vote almost as one, and still find its voice ignored and often irrelevant has been confirmed in general election after general election, and of course in the EU referendum itself, which was why the SNP leadership presented it as not just an outrage, but the most recent and offensive aspect of a larger injustice.

Whether another demonstration of this will convert anyone who is not already convinced of its merit as a rationale for independence is, at this stage, unknown. Yet the reasons why Scotland’s pro-independence parties have placed their opposition to Brexit front and centre, in the European elections and elsewhere, appears to have electoral value, with Curtice adding that commitment “to both referendums” – independence and People’s Vote – has been central to their rising support.

So where will a decisive pro-independence, pro-Remain vote in Scotland leave things post-election? Firstly, Scotland’s Remainers will need to take a careful look at both the European election results in Scotland and across Britain, and ask themselves in what environment – and under what circumstances – their goals are really possible. Despite its stubborn refusal to leave the agenda, few – even among those who have relentlessly campaigned for it – are betting on the prospect of a People’s Vote, and the gulf between Scotland and the UK as a whole raises the question of how large a part the British constitutional arrangement plays in Brexit’s apparent (though much delayed) inevitability.

Secondly, there is the perspective of the Scottish independence movement. Despite the understandable elation amongst the SNP grassroots – and the attendant publicity – which greeted First Minister Nicola Sturgeon’s announcement that she intends to pursue a second independence referendum before the end of the current Scottish parliamentary term, inconvenient questions remain over how such a vote could take place, given that Sturgeon has ruled out a Catalan-style wildcat poll and maintains that she will seek a Section 30 order, which the UK Government gains nothing from granting, having stated repeatedly it will block any attempt to secure another referendum.

So perhaps the most that can be said about the European elections and independence is that it is a means by which the issue can be kept alive – of illustrating why Scotland must plot its own political destiny as soon as possible.