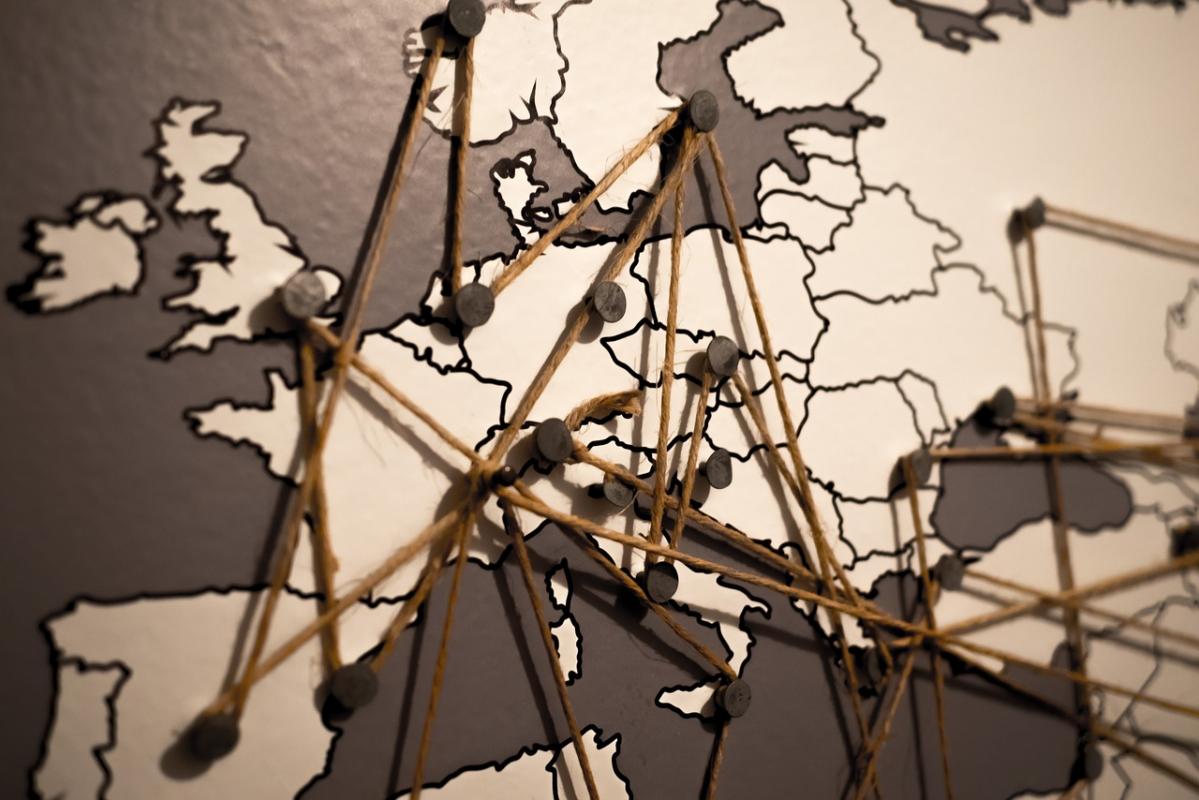 THIS week’s European elections (Thursday 23 May) are being billed as among the most important for the future course of the EU, and the wider politics of the continent, in decades.

The established power brokers are in crisis, the far right is on the rise, but is there much evidence of more progressive developments across the continent?

Bearing in mind the complexities of politics across Europe and the unreliability of polling, we can trace some key developments.

Once elected in European elections MEP’s are haphazardly thrown together in a series of European ‘parties’, which are really amalgams of often quite different national forces.

The European Conservatives and Reformists (ECR), Europe of Freedom and Direct Democracy (EFDD), and Europe of Nations and Freedom (ENF) are all to different degrees Eurosceptic and rightwing. Though the composition of the harder and more Eurosceptic blocs is set to shift after Thursday’s voting, the generally more hardline forces are expected to gain ground. They are currently led in this effort by the Italian League Nord.

At the same time the share of the two main historical blocs – the centre right European People’s Party (EPP) and the Progressive Alliance of Socialists & Democrats (SD) – is expected to fall below 50 per cent of the 751 seats in the European Parliament for the first time, with EPP projected to slide from from 217 to 167 and SD from 189 to 149.

READ MORE: EU Elections In Perspective: The need to defend ‘the idea of Europe’ against the far-right

The ‘centre’ domination of the parliament will likely be maintained however with the number of seats held by the liberal Alliance of Liberals and Democrats for Europe (ALDE) projected to increase to 97. The embattled President Emmanuel Macron is expected to push for a new liberal grouping with the election of En Marche MEPs.

It needs to be pointed out here that all of these three blocs themselves contain elements which have stoked national sentiment, fear over Muslim communities and immigration. And that cannot be separated from the rise of the far right elements, who have been legitimised by the political centre.

Italy: The tip of the far right spear

The most dynamic and galvanising force in the European far right is currently its Italian wing, led by Italian deputy prime minister and leader of the League party Matteo Salvini.

This Saturday he held a united rally with other far right European forces in Milan’s Piazza del Duomo.

He was joined on stage by representatives from Marine Le Pen of the French National Rally (formerly National Front), Geert Wilders of the Party of Freedom in the Netherlands, Jörg Meuthen from the German AfD and Anders Vistisen of the Danish People’s party, as well as a slew of far right figures from Eastern Europe.

They claimed to be aiming to turn the ENF into the third largest bloc in the European parliament.

The dream of these figures is nothing if not a frightening one – to turn the European political map into one resembling that of Italy, where Salvini’s League has cannibalised their incoherent Five Star Movement colleagues and where polls suggest 58 MEPs will be sent to the four rightwing blocs, 26 from the League.

But it is important to note that this is not straightforwardly a step towards the break-up of the EU. Brexit is, for now, quite a particularlry British response to the crisis of the EU and the British state itself – particular to a country which has played an important but uneasy role in the EU’s development, and where a strong element of opinion always opposed membership.

Salvini and Le Pen are leaders in the move to a more watered down Euroscepticism. This is partly because, despite the growth of the far right and nationalist sentiment, support for the EU project remains high. What the far right are being rewarded for is opposition to the EU leadership across a range of policy eras – including immigration but also centrally involving economic questions. Straining at the Brussels leash – rather than seeking to break from it altogether – allows the ENF bloc to reap the awards of these political antagonisms.

There are places where more leftwing alternatives, or at least alternatives drawing votes from leftwing voters, are putting up some resistance to the far right.

The Greens are putting up a strong polling here and there – such as in Germany where they are polling second and have helped to push the once insurgent Alternative for Deutschland (AfD) into fourth place, though they still stand to gain 10 new MEPs according to polls.

In Portugal the broad left vote between the Socialist Party and smaller more radical parties is expected to hold-up.

But besides a few examples, the real resistance to the far right is happening at the level of social movements.

Often overlooked in the British press, there has been mass opposition to Salvini’s hosting of far right forces in Milan. In the city itself, there were significant demonstrations.

Most importantly this was the latest manifestation of a protest movement sweeping the country. People are displaying banners from balconies across Italy accusing Salvini of being a fascist, something he was forced to respond to in his speech.

Large crowds of anti-fascists have clashed repeatedly with riot police in their bids to reach Salvini on his tours of the country, including in the cities of Naples and Florence.

The Italian protest movement mirrors the anti-slave law protests against the hard right national regime of Viktor Orban in Hungary, in that it proves that protest movements can be effective against this latest generation of authoritarian rightwing governments.

In its own small way, the now routinised ‘milkshaking’ and other forms of protest against xenophobic MEP candidates in Britain is also part of that active resistance, even if only at a relatively low level. It shows there is a constituency for an active anti-racist and anti-reactionary politics that is not presently being openly deployed by any of the main party campaigns.