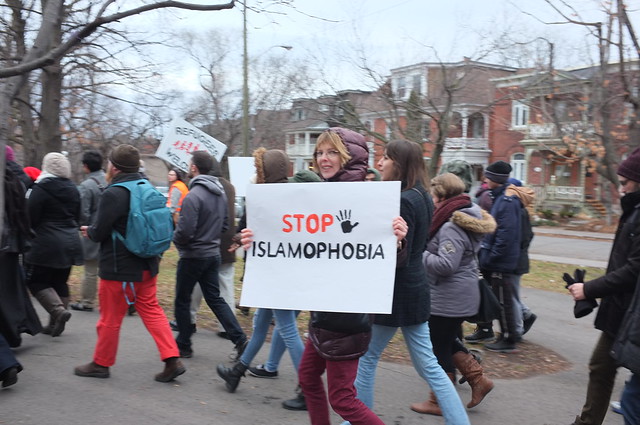 The Tory leadership debate will not live long in the memory, but the capitulation to an independent investigation into Islamophobia – after school boy attempts at deflection – may well have significant consequences

ALMOST all of the BBC Tory leadership contest on Tuesday evening [18 June] will be forgotten by history, and it will almost certainly have next to zero impact on the final result of who becomes leader and Prime Minister.

But there was one significant outcome, which should have long lasting consequences – finally the Tory party face the music over its Islamophobia.

All it took was Abdullah, an Imam from Bristol, to ask about the issue and whether the candidates believed words had consequences, for the most embarassing, school boy defences to fall out of their mouths, before finally they all endorsed an independent investigation into Islamophobia in the party, bounced into doing so by Sajid Javid.

Peter Oborne, the Conservative renegade journalist, tweeted afterwards that he had asked all the candidates (including Javid) two weeks ago to commit to such an investigation – all refused. Oborne is by no means the first to have tried.

READ MORE: Analysis: In rejecting the Islamophobia definition the Tory party is boasting about its racism

Two weeks ago, Miqdaad Versi, the Head of Public Affairs for the Muslim Council of Britain, spoke at the Home Affairs Select Committee and accused the Conservative Party of “fundamental failures in every single way” on Islamophobia within the party.

He said he had documented “hundreds of cases” which “demonstrate the scale of the problem… within the Conservative Party.”

Boris Johnson is of course one of those to have casually indulged in Islamophobia, by comparing Muslim women wearing the veil to “letter-boxes” and “bank robbers”. Under questioning, he muttered something about how he apologised if people had “taken words out of my articles and escalated them”, like that’s not the exact reason he writes columns for. Then he drivelled on remorselessly about his great grandfather was a muslim and that he would have been proud of his great grandson standing to become Prime Minister.

Jeremy Hunt denied stating that he agreed “150 per cent” with Donald Trump’s re-tweeting of a Katie Hopkins diatribe about knife crime in “Londonistan” two days earlier, even though that is exactly what the Foreign Secretary did do. Trump’s campaign against muslim London mayor Sajid Khan was okay though, according to Hunt, and anyway he has three half-Chinese children and that they all get treated the same as everyone else at school. Remember, Hunt is supposed to be the serious candidate.

And then there was Rory Stewart, the new great hope of centrist Britain, apparently. Asked by Sajid Javid if he’d call out Trump’s Islamophobia as prime minister, Stewart replied: “I think Donald Trump is an extraordinary phenomenon”.

Stewart then turned to Abdullah and, in a way that would make comedian Jim Davidson blush, said: “As-salamu alaykum…I am very, very very, very proud to have you in this country”. Abdullah had not said anything about whether he was an immigrant or not, so quite why Stewart thought it important to welcome him is not clear – but we can hazard a guess.

Like a group of school bullies who have never been stood up to, these five have got away for years with scoring cheap points at the expense of muslims because they were never seriously challenged by the press. After folding like a pack of cards, the Conservative party now faces an independent investigation which should, surely, lead to suspensions and expulsions in at least three figures. They could start with the one who is currently leading the race to be their next leader.