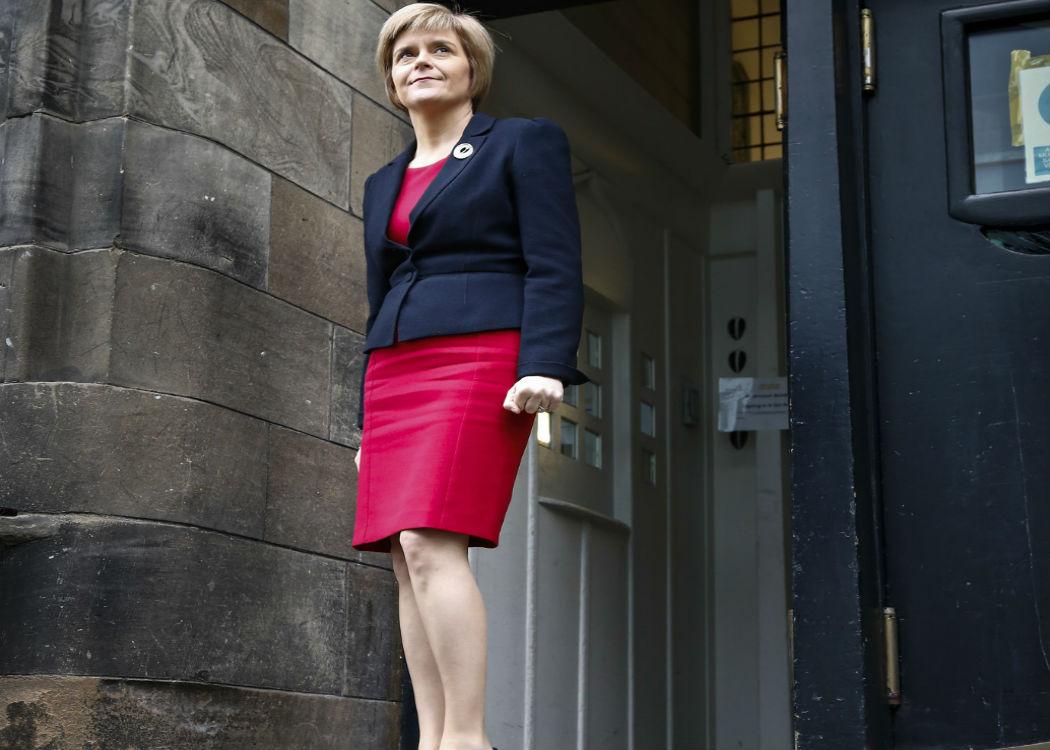 How has Sturgeon fared in her early days as First Minister?

NICOLA STURGEON today marks 100 days as Scotland’s First Minister. It has been eventful start to her tenure, and with a General Election looming, the next 100 are sure to be just as hectic.

Below, we take a look at five of her early successes alongside five areas which haven’t been met so warmly.

1.) Appoints the first gender-balanced cabinet in the UK

Nicola Sturgeon not only became Scotland’s first female First Minister, but in one her first acts she announced the UK’s first gender-balanced cabinet. Her new team included Shona Robison and Angela Constance in the high profile health and education roles, with a total of five women and five men round the cabinet table.

Upon announcing her team, Sturgeon declared that it was “a clear demonstration that this government will work hard in all areas to promote women, to create gender equality and it sends out a strong message that the business of redressing the gender balance in public life starts right here in government.”

Scotland has the most inequitable land ownership system in Europe. Nicola Sturgeon set about redressing this. She has pledged to radically overhaul the laws governing Scotland’s land so that both urban areas and the countryside are treated as assets which benefit “the many, not the few”.

Sturgeon pledged to take action against landowners who pose a barrier to development and said business rate exemptions for shooting and deer stalking estates would be scrapped. A public consultation has been launched into the issue.

3.) Secured delivery of votes for 16/17 year olds in Scotland

The voting age in Scotland is to be lowered to include 16 and 17 year olds after Sturgeon persuaded Prime Minister David Cameron to introduce new electoral powers for the Scottish Parliament.

Following younger voters participating in the independence referendum for the first time, the Scottish Government made it a priority that they continue to be enfranchised in the Holyrood elections. This proposed change was recommended by the Smith Commission on further devolution and rubber stamped after a meeting between Sturgeon and Cameron in Edinburgh.

Upon her appointment, Sturgeon vowed to lead Scotland’s “most open and accessible” government. In order to achieve this aim and in-keeping with her social media-savvy image, she introduced online Facebook Q&As to give voters a direct line of communication to her.

She has also taken Cabinet meetings on the road with meetings taken to Dumfries and Aberdeen so far, and Alloa later this month.

Margaret Thatcher’s hated poll tax made a reappearance after several councils said they would use the details of people who registered to vote in September’s independence referendum to recover outstanding payments.

This month, the Scottish Government introduced a new law to end the collection of these debts, effectively writing off PS425m of unpaid bills.

1.) Accountability at the heart of Police Scotland

Police Scotland Chief Constable Stephen House’s controversial signature policy of stop-and-search is in the spotlight again after it was revealed that children under 12 were being stopped and searched, despite a promise by the police that the practice would stop. He later said that Police Scotland figures on the issue were “not 100 per cent accurate” and were “not fit for public consumption”.

The Scottish Government has faced criticism after being accused of attempting to influence the content and publication of research into the use of stop-and-search by Kath Murray, PHD student at the University of Edinburgh.

Police Scotland is the creation of the SNP and Sturgeon continues to throw her support behind House but it risks becoming a stain on her government unless she can deal with the issues of accountability and oversight at its core.

Concerns have been raised (click here to read more) after Scottish Government proposals which campaigners say will lead to the creation of a National ID register.

The proposals are part of plans to significantly expand the NHS Central Register (NHSCR), and will see the data of Scotland’s residents shared across 120 Scottish agencies and organisations, including local authorities and immigration and tax officials.

When Tony Blair’s New Labour government toyed with the idea of bringing in national ID cards there was a civil liberties outcry. These proposals have echoes of those plans and the Scottish government may have to have a rethink if public discontent rises.

3.) Worries over privatisation of water services

Last August when Nicola Sturgeon approved a contract to supply mains water and wastewater services to over 100 public sector organisations, she stated that she was “determined to ensure that Scottish Water continues to be a public sector success story”.

But reports (click here to read more) suggest that the Scottish Government is set to hand a PS350m contract to England-based private firm Anglian Water, a company accused of tax avoidance and labelled a serial pollution offender.

Business stream, which is owned 100 per cent by public sector operator Scottish Water, is also bidding for the contract and critics say it would be counter productive for Scotland to lose jobs and privatise part of its water industry when there is a viable public alternative.

4.) A solution is needed to local government funding

Councils across Scotland made more swinging cuts this month and as always it will be the people most reliant on services that bear the brunt of these. Austerity stems from Westminster, but the Scottish Government has a responsibility to be creative in finding solutions to the local government funding crisis.

A welcome development is the recently announced remit and membership of the commission on local tax reform (click here to read more) which is designed to examine fairer systems of local taxation. A more progressive alternative to the council tax is needed and this would show that Sturgeon’s government is serious about tackling social injustice.

The SNP proudly proclaims itself as an anti-austerity government. But with all eyes on Greece’s new Syriza government and its showdown with the EU on austerity, Nicola Sturgeon and the SNP remained notably tight-lipped.

Syriza’s success could boost progressive elements across Europe and its failure could do the opposite. The new Greek government requires international allies in order to offer an economic alternative to Europe’s austerity dogma. Syriza supporters say the SNP should be offering practical solidarity.