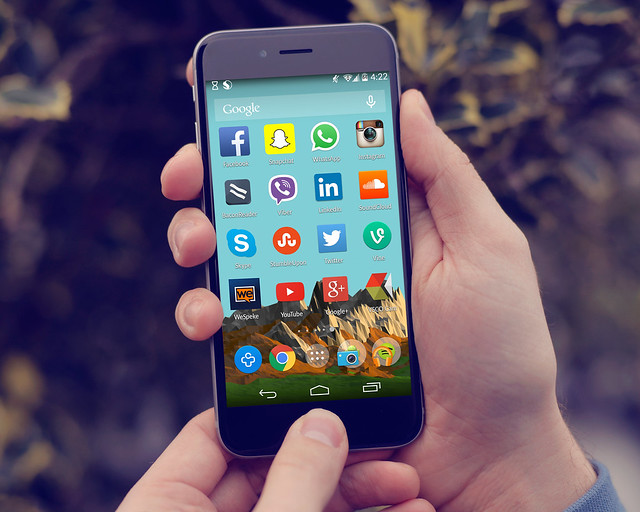 A Bill to be debated in the French Parliament will, if passed, mean social media companies face severe consequences if online hate speech is not erased – but fears persist that it could empower digital giants to set the terms of online debate

ON WEDNESDAY [3 July], the French Parliament will begin to debate a Bill on online hate speech which could have significant ramifications for social media discourse, and not just in France.

The Bill, proposed by President Emmanuel Macron’s En Marche party, will compel social media platforms to to take a decision on whether to remove a comment which has been flagged as hate speech within 24 hours, or face the prospect of fines of up to 1.25 million Euros. Employees could be imprisoned for refusing to comply and face personal fines of up to 250,000 Euros. Repeated violations could see a firm be fined 4 per cent of its global revenue, an enormous sum for some of the world’s largest companies.

The Bill also proposes to enforce a singular reporting mechanism for users to make it easier to make complaints, and a fine of 15,000 Euros and up to a year in prison for those who abuse the reporting system.

The purpose of the Bill is obvious. Laetitia Avia, a member of En Marche in the Lower House and the Bill’s chief sponsor, has said: “The idea, clearly, is to put an end to impunity on social networks”. Avia, a black woman, has herself been the subject of online racist abuse and death threats. Few question the need for action against the torrent of abuse on social media platforms, often from anonymous accounts, and usually directed at women and minorities.

However, the means by which the Bill seeks to tackle the problem, and the potential ramifications for free speech, have raised familiar question marks.

The extent of the fines has heightened fears of over-intensive policing of social media, with companies having clear financial and reputational incentives not to take any risks. The short time frame to take a decision – which may make taking advice from lawyers difficult – could also lead companies creating a sanitised social media culture. Rather than disciplining social media companies, the Bill could give them a license to dictate the terms of debate.

This risk is exacerbated by the fact that what is deemed hate speech is clearly contested territory. In announcing the Bill in February, Macron – responding to a recent spate of anti-Semitic attacks in France – also stated that he would instruct magistrates and police to take complaints about anti-Zionist remarks seriously as possible anti-Semitic hate speech.

“Anti-Zionism is one of the forms of modern anti-Semitism,” Macron stated. While Macron did not say anti-Zionism should be defined under the French penal code as a crime, his comments were interpreted by Israeli Prime Minister Benjamin Netanyahu as a “definition which determines that anti-Zionism is a form of anti-Semitism.”

Opposition to Zionism – a political movement for the development and protection of a Jewish nation in what is now the State of Israel – is clearly not the same as anti-Semitism; hostility to or prejudice against Jews. Indeed, it could be argued that conflation of Zionism and Judaism is itself anti-Semitic, since it prejudiciously assumes Jews hold a homogenous set of political and ideological views about the world. The dangers of such a conflation is as true for defenders of Zionism as it is for its critics.

Given Macron’s speech, online supporters of a binational state with equal rights for Arabs and Jews, for the right of return for Palestinian refugees, and critics of discrimination against non-Jews in Israel could all potentially be deemed hate speech, with social media companies likely to err on the side of removing content in contested terrain such as this. Pro-Palestinian activists fear they could be barred from social media.

France already has stringent laws on the illegality of hate speech – does it need a specific Bill for online hate? Anne-Sophie Choné-Grimaldi, a law professor at the Paris Nanterre University, argued in Le Monde last month that Judicial authorities should punish the perpetrator directly, like they do when hate speech is conducted face-to-face, rather than seek to punish social media firms.

“Online, it is still too rare for the author of the illegal content that was published to be worried. And yet, laws exist that enable the judicial authority to seek the identity of the author of a message when it is unknown, and to inflict heavy penalties,” she wrote.

Of course, placing the onus on the state could require a massive increase in resources to police and prosecute every offender on social media directly. Are French citizens fed up of online bullying and harassment willing to expend more public funding to tackle the problem, as social media firms continue to role in the multi-billion pound profits?

All of these debates are playing out in countries across the world, not least in the UK and Scotland, where online hate has started to frequently hit the headlines in the traditional media.

Home Secretary Sajid Javid mooted legislation for the UK in April which would be much more wide-ranging than the Bill proposed in France. Javid’s online harms white paper, a consultation on which ended on Monday, proposes that any website which “allows users to share or discover user-generated content, or interact with each other online” would have a new “duty of care towards users” which would require them to police behaviour including content that is “harmful but not necessarily illegal”. Any site falling foul of its duty of care could be fined, held criminally liable or blocked online. An independent regulator would be established.

The proposals were attacked by civil rights campaigners as “North Korea-style censorship”, with Dom Hallas, the executive director of the Coalition for a Digital Economy, which represents the UK’s startup industry, telling The Guardian that the changes would “entrench the tech giants, not punish them”.

He added: “The vast scope of the proposals means they cover not just social media but virtually the entire internet – from file sharing to newspaper comment sections. Those most impacted will not be the tech giants the government claims they are targeting, but everyone else. It will benefit the largest platforms with the resources and legal might to comply, and restrict the ability of British startups to compete fairly.

“There is a reason that Mark Zuckerberg has called for more regulation. It is in Facebook’s business interest.”

France is not the first country to debate such a Bill – Germany passed similar (though not as punitive) laws in 2018 – and will almost certainly not be the last. How such debates will go is difficult to tell, but it’s clear that it won’t be straight forward.