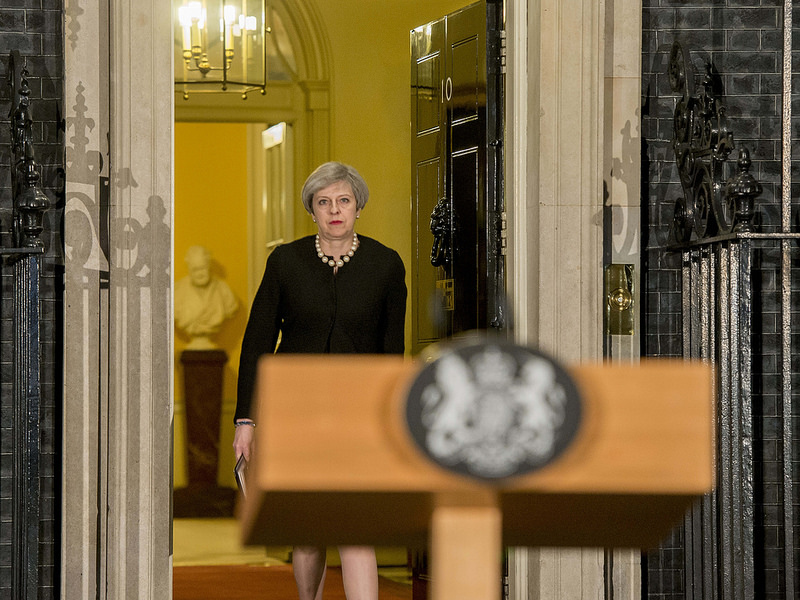 CommonSpace looks at the case for the prime minister now being in the firing line over Windrush, after Rudd’s resignation

AFTER Amber Rudd’s demise, Tory critics have said that Rudd’s resignation will not be enough to excuse prime minister Theresa May’s legacy as the architect of the “hostile environment” immigration policy, which is the basis of the Windrush scandal.

Appointed home secretary in 2010, Theresa May oversaw the design of the Tories immigration strategy under David Cameron, before her ascension to 10 Downing Street in 2016.

On Monday, May denied that Rudd resigned over the hostile environment policy and said she was aware that the home office had deportation targets, but Labour leader Jeremy Corbyn said the prime minister had “lost her human shield”.

As Downing Street enters “Save May Mode”, CommonSpace looks at what the case is for the prime minister being next in the firing line, and the Tories Windrush crisis moving from Amber to red.

In 2013, then Home Secretary Theresa May defended her “flagship” immigration bill which paved the way for the present day Windrush scandal on Radio 4’s Today programme. The new bill meant that immigration checks were to be carried out before anyone could do things like access healthcare or rent a home.

She said: “Most people will say it can’t be fair for people who have no right to be here in the UK to continue to exist as everybody else does with bank accounts, with driving licences and with access to rented accommodation. We are going to be changing that because we don’t think that is fair.”

Leading immigration lawyers warned the government at the time that their proposed checks could pose problems for British citizens such as the Windrush generation and said they would be unworkable. Migrants rights campaigners urged corporate non-compliance, saying that it was not the job of banks to do the job of the home office.

Despite the criticism, May bulldozed the legislation through the Commons along with the support of Tory coalition partners the Liberal Democrats, in the pursuit of creating what she described at the time as a “really hostile environment for illegal migrants”.

A home office campaign condemned by opponents also saw AdVans which carried signs reading “In the UK illegally? Go home or face arrest” target six London boroughs in July 2013. The ads received 224 complaints to the advertising standards agency, who banned it due to misleading statistics.

Attempting to defend the prime minister, her former special adviser at the home office, Nick Timothy, tweeted that Theresa May was on holiday when the vans were sanctioned, but a statement from 2016 contradicted his claims and showed the campaign was approved by May.

Answering questions about the vans in 2016, the then immigration minister Robert Goodwill said: “The pilot to use the AdVans referred to was authorised by former immigration minister Mark Harper MP. The former Home Secretary, Theresa May MP was informed of the intention to pilot this campaign.”

Controversially, Theresa May’s flagship hostile environment policy also meant anyone identified as an illegal immigrant could not appeal from the UK and would have to be deported before their appeal was heard. May pioneered a system which would allow only those at the most serious risk of harm to remain in the UK while their case was assessed, and the grounds for appealing deportation were reduced from 17 to four.

Majid Ali, a Glasgow student, fell victim to the “deport first, appeal later” policy pursued by Theresa May. Deported to Pakistan in 2015 despite his brother being subject to an enforced “disappearance” in the country only weeks earlier and his uncle and cousin being shot in a police raid due to their political activities, Majid Ali’s supporters claimed he faced significant danger if returned to Pakistan.

Ali has not been heard from since, feared dead.