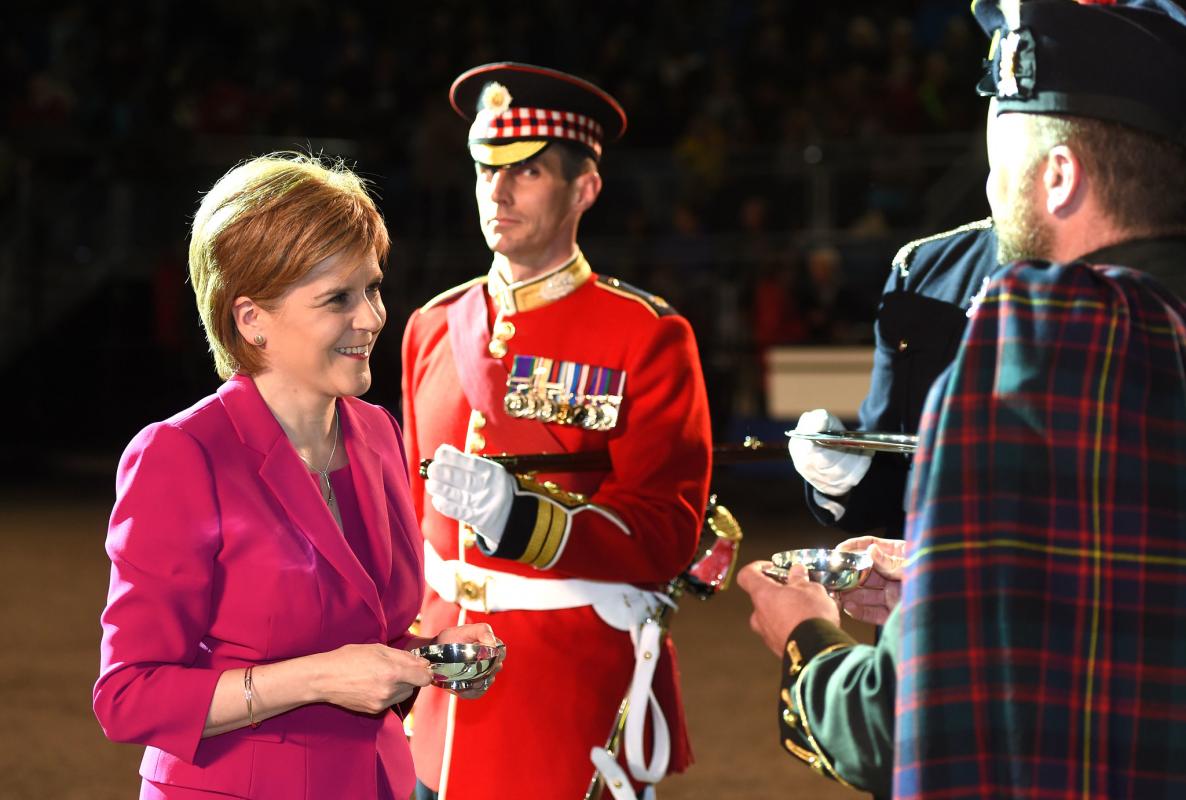 NICOLA STURGEON’s speech today (17 December) in the Scottish Parliament reasserting Scotland’s right to self-determination, and the SNP’s mandate to secure it, indicate a coming year of tension between the Scottish Government, the wider independence movement and Boris Johnson’s new administration.

The case she made was difficult to dismiss. The “election comprehensively won in Scotland by the SNP” she said, on an “increased turnout” north of the border. The Scottish Conservatives could only sit in silence as she noted that their party – now so well represented in the Commons – had not won in Scotland in “17 consecutive Westminster elections”.

Since the election result, Nicola Sturgeon has continued to assert that she will seek a second independence referendum in 2020. In her announcement she called on Holyrood parties to “come together” around Scottish self-determination even if they did not agree with independence. She further called on support for the Referendums (Scotland) Bill, which parliament will vote on this Thursday.

The backdrop to this new boldness? The profundity of the election victory.

The sighs of wonder lavished on the collapse of the ‘red wall’ (a metaphor in little currency before it became apparent it might collapse) in post-industrial England have been absent in the case of Scotland.

But one need only look at the extent and national spread of SNP wins in Scotland to understand that there are no safe seats for pro-union candidates. What has become clear, is that after the breaking of Labour in Scotland in 2015, the Conservatives cannot provide the substitute role. Seats they toiled to claw from the SNP in 2017 – like Stirling, Gordon and Ayr, Carrick and Cumnock – were ripped from their hands by a surge of SNP votes.

The result, which handed Scottish Labour just a single seat and its lowest share of the vote since 1910, also appears to be the last straw for elements, particualrly on the left, in the party. Disquiet has been rumbling for sometime, with many party activists petitioning for a democratic offering which respects national self-determination in Scotland. These disagreements have burst-out into full view since the election (though the party’s Scottish parliamentary group will vote against Thursday’s bill).

The comparison between these Scottish political dynamics and the forthright Johnson victory in most of the UK has sharpened the independence question to its finest point since September 2014, The deeper realignment prompted by the election makes 2019 even more significant than the SNP’s historic 2015 result.

Meanwhile, the Tories are already strategising over their defence of the union. Rumours which sometimes percolate in a dejected Scotland to the effect that ‘the Tories would be happy to be rid of us’ are not correct. The loss of Scotland would be a major economic and prestige blow to the UK, and would threaten to unravel the whole constitutional state.

That is why one of the earliest policy plans to emerge from the new government will be to reform items of the British constitution in hopes of making the Union more durable. These include plans headed-up by Boris Johnson’s chief adviser Dominic Cummings to reform the House of Lords to have it play some form of role in increasing the representation of the constituent nations of the UK.

The Conservative manifesto included vague promises to address the matter of the constitution and the Union, and this is likely the first stab at these changes. But they will combine placative with coercive measures. This is clear already from the new government’s pledge to tackle trade unions in the transport sector.

It is also clear on the constitution front, with Michael Gove stating that “absolutely” no chance of a second independence referendum being agreed to by his government at any time over its five year term.

What we are likely to witness is instead and escalation of tension on both sides, with an arms race to accumulate coalitions both for the UK and Scottish Government’s positions. Both actors in wider civic life as well as the independence movement itself will be vital components in this wider development.

A referendum in 2020 itself may be unlikely – but the year could still be an historic one for the Scottish national question and the British state.