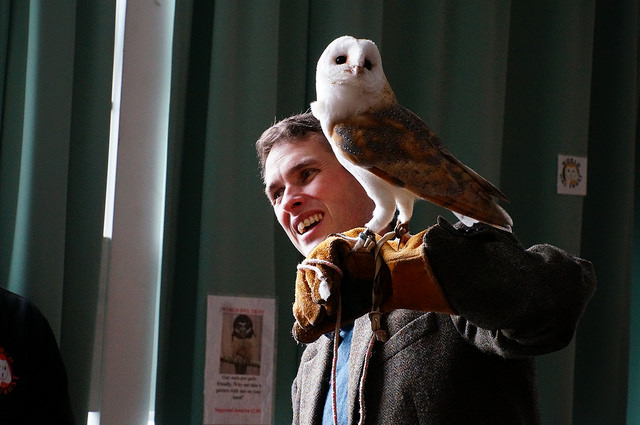 GAVIN WILLIAMSON, UK Defence Minister, delivered a speech on Monday [11 February] that will probably go down in history. Not because it was in any way good, or coherent, or elegant. It was none of those things.

It will go down in history because of how barmy and wild-eyed it was, a speech riddled with delusion and ludicrous bombast, not to mention a vacuous, perhaps phallic use of the English language.

“Brexit has brought us to a moment. A great moment in our history. A moment when we must strengthen our global presence, enhance our lethality, and increase our mass.”

This is Britain in the late days of imperial decline, the stage where decline is so transparent that a man as infantile as Williamson – the man who told Russia to “just go away and shut up” – takes the ‘Global Britain’ reins.

Williamson’s vision is not simply that Britain plays an important role in global affairs. He wants Britain to be the global leader.

“We will build new alliances, rekindle old ones and most importantly make it clear that we are the country that will act when required. We should be the nation that people turn to when the world needs leadership.”

What does such leadership look like? “Mass” and “lethality”, of course.

“I want to see our armed forces embracing transformation at an ever-faster rate, keeping pace with technological change, enhancing our mass and increasing our lethality.”

“In an era of ‘Great Power’ competition we cannot be satisfied simply protecting our own backyard. And since the new Global Great Game will be played on a global playing field, we must be prepared to compete for our interests and our values far, far from home.”

“Backyard”, “Global Great Game”: Williamson could be speaking shortly before the first world war here, and in many ways has the arrogance of British Empire colonial Viceroys before him, but none of the actual power.

It appears that the main rival in Britain’s new “Great Game” is China. Williamson warns that China’s power is rising, and so to counter the Sino threat he plans to build new bases in the Asia-Pacific and the Caribbean, and send the HMS Queen Elizabeth to the Pacific, equipping it with American as well as British fighter jets.

“This is the real substance behind Williamson’s speech: Global Britain is really Global America, buttressing the US attempt to contain China’s rise by way of economic and military containment.”

“Enhancing the reach and lethality of our forces and reinforcing the fact that the United States remains our very closest of partners. We share the same vision of the world…We have the unique ability to integrate with US forces across a broad spectrum of areas. And, we are more determined than ever to keep working together.”

This is the real substance behind Williamson’s speech: Global Britain is really Global America, buttressing the US attempt to contain China’s rise by way of economic and military containment. Britain post-Brexit will seek to double down on its pre-existing role since Blair of being America’s No.1 poodle. In a world where China is set to be ever-more influential, this is dangerous territory.

And that means no apology, or indeed little genuine reflection, on the US-led interventions which Britain has anticipated in to disastrous effect: Afghanistan, Iraq and Libya.

“Enterprises must be prepared with specially-trained troops of the ‘Hunter Class’, who can develop a reign of terror down enemy coasts.” Williamson quoting Churchill

“I know there are some that question the cost of intervention. But it is often forgotten the cost of non-intervention. The fact that this has been unacceptably high. It will not always be the role of the traditional Western powers to act as a global policeman but nor can we walk-on-by when others are in need. To talk…but fail to act…risks our nation being seen as nothing more than a paper tiger.”

If you are living in Fallujah, Helmand or Bengazi you won’t be worrying about that risk. The turn towards imperialism-with-no-shame culminates in Williamson’s bloodthirsty quotation of Churchill.

“Enterprises must be prepared with specially-trained troops of the ‘Hunter Class’, who can develop a reign of terror down enemy coasts.”

If the call for a “reign of terror” on enemy coastlines came from Vladimir Putin, Nicolas Maduro or Hassan Rouhani, the response from the Western press would be unrelenting. As it comes from our Defence Minister, it has been widely ignored, with the focus from the media – as well as Labour and the SNP – instead being on whether his war hungry words have sufficient funding to match.

READ MORE: Analysis: 5 of the worst crimes of Winston Churchill

This is where the debate over British geopolitics is at. Polarised on Leave v Remain, it is still generally accepted amongst the media and political parties that when it comes to geopolitics, Britain fundamentally remains one of the good guys in global affairs. Hatred of Russia has become a key unifying force in British politics: ’We may disagree on Brexit, we may disagree on Trump, but we all hate Putin more’.

Many point to Russia’s use of cyberwarfare and disinformation techniques to claim that it’s role in global affairs is exceptionally negative, even compared to Trump’s and the UK’s. But Williamson indicated that Global Britain would fight “not just conventional wars but also dominate the conflict in the grey zone”, arguing – in somewhat sinister fashion – that “boundaries between peace and war are becoming blurred”.

Take a step back from the propaganda machine which asserts Britain as a force for liberty and freedom, and what do you see? An old imperial power willing and ready to do anything to protect its interests in the world. Britain has more in common with Russia than most – Remain or Leave – are willing to concede.