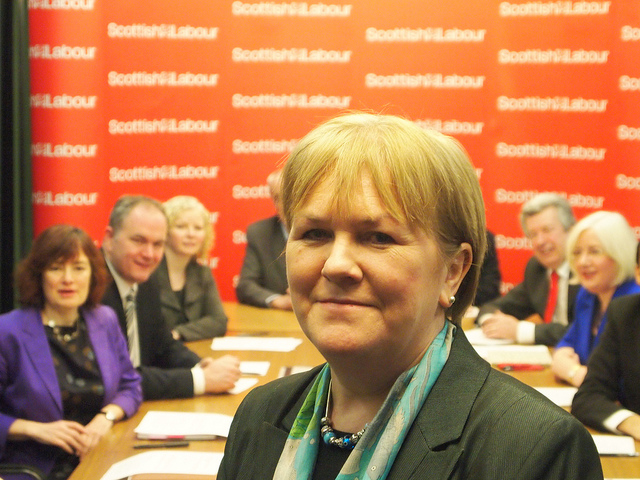 The First Minister said at FMQ’s that she thinks means-testing can achieve “maximum effectiveness” in tackling child poverty – but if this is true, why not for tuition fees and prescriptions as well?

POLITICS moves in unpredictable ways, but the one thing you can be sure about Scottish politics is, one way or another, SNP and Labour will start up the universalism v means-testing debate again.

Universalism is the principle that the delivery of public services is done better when everyone gets the benefit. Not only does it give the whole of society a stake in good public services, it is much easier to deliver as there is no bureaucracy involved in selecting who receives them and who doesn’t, which saves money, makes it easier for people to access and does not induce stigma.

Means-testing is the principle that the priority for public service delivery should be to deliver it to those who need it most. Is it fair that a rich granny and a poor granny both get the same winter fuel payment? By targeting benefits at specific groups, advocates of means-testing argue, government can put taxpayers money to best use.

For many years, the SNP government has been – at least rhetorically – on the side of universalism, while Labour (at least in Scotland) have been pushing for means-testing. This divide was most apparent in the reign of Johann Lamont, who relentlessly accused Alex Salmond, who was first minister at the time, of giveaways to the middle class while the poor suffered. Perhaps the most high profile policy this debate revolved around was free tuition fees, which Lamont wanted scrapped and replaced by a funding system that would focus on subsidy for the poorest.

READ MORE: Robin McAlpine: Why we must defend universalism

The Common Weal think-tank published a report at the time (2012) making ‘the case for universalism’, arguing it should be extended by the Scottish Government to more public service provision not less. Lamont never appeared to really cut through with the argument, and once Jim Murphy took over he tried to make a splash by announcing the party was now in favour of free tuition fees (despite his own voting record on the matter). When Sturgeon replaced Salmond as leader there was no evidence of a reduced commitment to the universalist position from the SNP side.

Sturgeon responded by stating the following:

“The estimate shows [Leonard’s] policy would lift 20,000 children out of poverty, just 2 per cent of children in poverty.

“I’m not saying that is insignificant, what I’m saying that if we are going to introduce an income supplement, which we are committed to doing, we must make sure that the money which is invested in that has maximum effectiveness in terms of tackling child poverty.

It appears that SNP and Labour have switched sides in this debate. Scottish Labour are advocating a universal top-up to child benefit, while the SNP are advocating a targeted benefit for children in poverty – in other words, means-testing.

There’s a problem here for the first minister. If she applies this logic to a new welfare benefit, why not also apply it to free tuition fees, or free prescriptions? For if this is the most effective way to fund efforts to tackle child poverty, why not to deliver greater equality in higher education access or “maximum effectiveness” in NHS funding?

When Lamont made her argument in 2012, the best case from the means-testing side of the debate was that the universalist approach encountered problems was when it was not combined with progressive taxation in the context of UK Government budget cuts, as it meant everyone was accessing increasingly run-down, austerity-hit services. But whereas Salmond never had tax raising powers, Sturgeon now does have income tax raising powers through which she can fund universal service provision.

The Scottish Government has used these powers to slightly increase the progressivity of income tax and raise an additional £164 million. However, it seems like a strange contradiction that when Sturgeon is committing to increasing welfare provision in the face of UK Government welfare cuts, she wouldn’t stick to delivering that provision universally and raising the money back from those who can afford it (some of Sturgeon’s ‘7 out of 10 not in poverty’) through progressive taxation.

CommonSpace asked Scottish Labour about whether they were now committed to a universalist rather than means-testing position. They responded: “Yes, Richard Leonard has been consistent on this since being elected leader – but also crucially arguing for more progressive taxes on high earners and on wealth.”

What must Johann Lamont think? Well, she appears to have changed her tune too, happily re-tweeting Scottish Labour’s video of Leonard’s comments at FMQ’s today. They’re a fickle old bunch, politicians.

Regardless, this is a new challenge for the First Minister to face from Labour, even if she has not been very effectively confronted with it by Leonard thus far.

CommonSpace has been reporting all week on the impact of welfare cuts on child poverty and the reasons behind rising poverty in Scotland. It’s clear that something has to be done to prevent Tory austerity – which the prime minister bombastically claimed yesterday was over – from raising Scotland’s child poverty rate from one in four to one in three, as current projections suggest. It’s not clear there’s a better idea for facing that challenge than universal provision through progressive taxation.