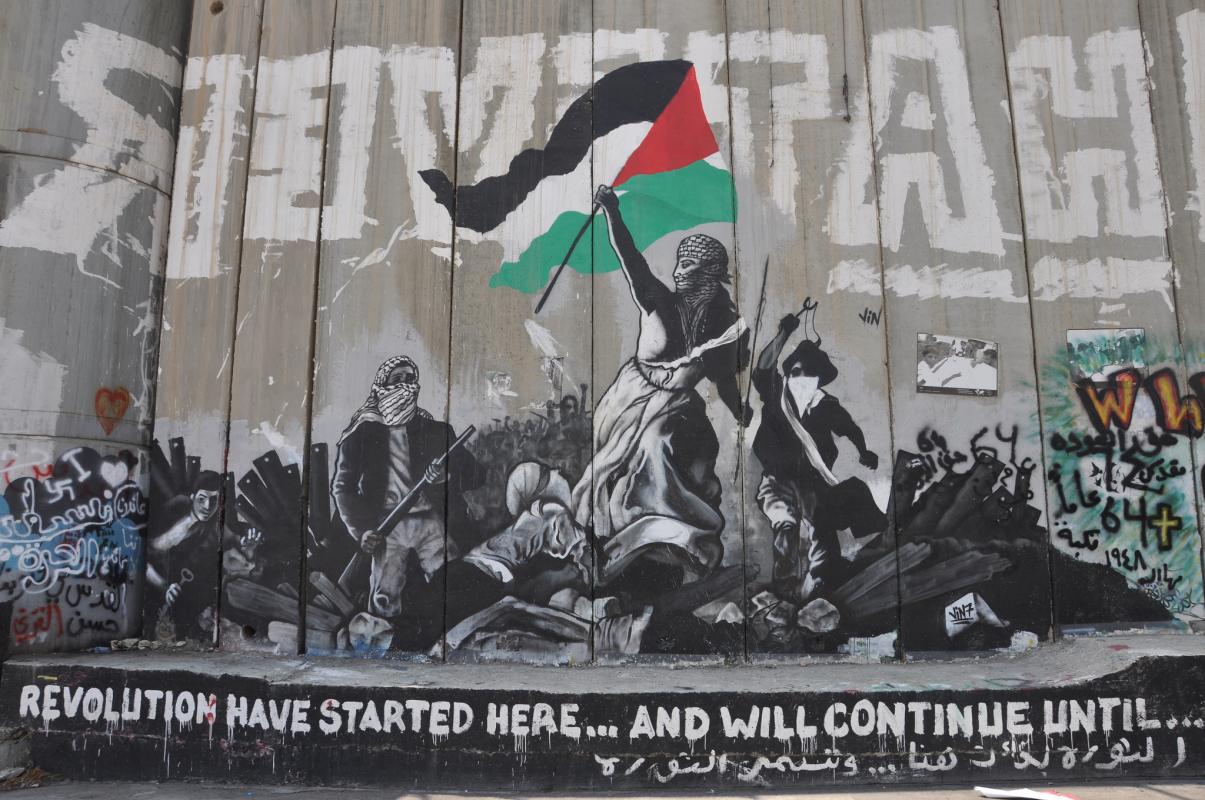 Theresa May has been humiliated for the Tories culpability in the injustice of Apartheid South Africa – but will history look upon those who back the Israeli state’s oppression of Palestinians today any better?

THERESA MAY looked very silly being interviewed by Channel 4’s Michael Crick in Capetown South Africa, as part of her trade trip in Africa, on whether she protested apartheid South Africa in her younger years, or whether she was just using her visit to Nelson Mandela’s former prison cell as a PR stunt (she was).

But of course it is easy to mock political leaders prior support for injustice when history has made its clear verdict on apartheid South Africa. May and her ilk must be held to account for their attitude to the injustices of today, which will look just as bad if not worse through the lens of history.

The obvious case in this respect is that of the state of Israel, and it’s long-running oppression of the Palestinians.

CommonSpace looks at how Apartheid South Africa and the Israeli regime compare, and why history is unlikely to look any more favourably on the latter than it does on the former.

Mandela was indeed, in the parlance of our own times, a ‘terrorist’. He was one of the founders of Spear of the Nation, the armed wing of the ANC. In response to the brutal clampdown on the anti-apartheid movement, the black working class felt compelled to take up the gun and the bomb. Just as a minority of the Palestinians have.

The apartheid regime was one of several colonial systems which scarred the earth in the 20th century. ‘Capital A’ apartheid, as a distinctive system, arose in South Africa from 1948 in response to the growing anti-colonial movement that swept the declining European Empires at the end of the second world war.

It was a racist, authoritarian political culture based on white supremacy and organised through preferential treatment for South Africa’s minority white population, at the expense of its much larger black population. Grotesque racial inequalities touched all aspects of life from work and housing to leisure activities.

At the heart of the system was economic exploitation. The white minority’s benefits, especially those of the white ruling class, were paid for by the exploitation of black labour.

A combination of international solidarity by the global left and working class, including a boycott of South African produce, ‘terrorist’ militancy, and ultimately and most importantly mass protest and industrial action by the Black working class brought apartheid down. Though today many of its legacies, particularly in regard to white ownership, remain.

As the worst tenets of the apartheid regime were being drafted in South Africa, the nascent Israeli state was committing ethnic cleansing against the Palestinians. Around 700 Palestinian villages were destroyed, and up to a million Palestinians were driven from their ancestral homes in 1948.

Israel is a colonial settler state – it was built atop the Palestinian’s land and every year since its birth it has grabbed ever-more of it. This is why every Israeli government pursues the same basic policies of hostility towards the Palestinians.

Current Israeli Prime Minister Benjamin Netanyahu has warned of what he calls the “demographic threat” of the Palestinian people. His policies to tackle this are apartheid within majority Jewish areas, with Arabs living as second class citizens with few rights, and endless expansion through military action and Jewish settlement in majority Palestinian areas – what Israeli historian Ilann Pappe calls “incramental genocide”.

Today, most of the Palestinians are rammed into the tiny, besieged Gaza strip or the increasingly fragmented West Bank. Many more Palestinians live in refugee camps in surrounding countries.

Living standards are much higher in Israel than surrounding countries for a simple reason. Israel has been developed by massive Western civilian and military aid. US aid to Israel is the highest per capita in the world – half of US military aid alone goes to a state with only one thousandth of the world’s population. The US, Britain and other countries back Israel to be their key ally in the most geopolitically contested region in the world.

There is no shelter for the Palestinians, because surrounding states are also on the pay role of the West. Just below Israel on the aid scale are Jordan and Egypt, who are paid not to interfere with Israel.

These are the limits to the apartheid analogy. Ultimately, the South African regime was overthrown by the black working class, who were empowered by the white minority’s dependence on their labour.

The Israeli state depends on massive foreign aid, not Palestinian labour. Consequently, huge numbers of Palestinians are unemployed and living in extreme poverty. Economic life in parts of Palestine, particularly the brutalised Gaza strip, has essentially broken down.

But the limits to the analogy are instructive to the violent dynamic of Israeli occupation. The Palestinians confront the Israeli state not as a dangerous necessity, but as an obstacle without value to the state.

That is why rather than exploit Palestinians, the Israeli state kills them, starves them, humiliates them, throws them off their land and forces them into exile.

In most of the textbooks given to Israeli children at state school, the occupied West Bank and Gaza do not exist. The Palestinian people are gone.

In both South Africa and Palestine, Britain is a key author of the tragedy. It was the British Balfour Declaration which first promised Palestine to early colonisers at the end of world war one, a promise not the British Empire’s to make.

South Africa was born from an amalgamation of British states, and was still a dominion for the foundation years of the apartheid system. Indeed, the Conservative party supported the system’s crackdown on the ‘terrorist’ Mandela and ANC. Now that the Apartheid state is gone, it has no defenders except for the most marginal racist cranks.

One day the Israeli colonial settler state will be gone, just as Apartheid is in South Africa. In the future when, hopefully, it has been replaced by a state of equality and human rights for all, the Israel of today will have no friends. It’s apologists will go quiet, just as the Tory party has over the ‘terrorist’ Mandela. But what’s the use of being in politics if you run so far behind history?