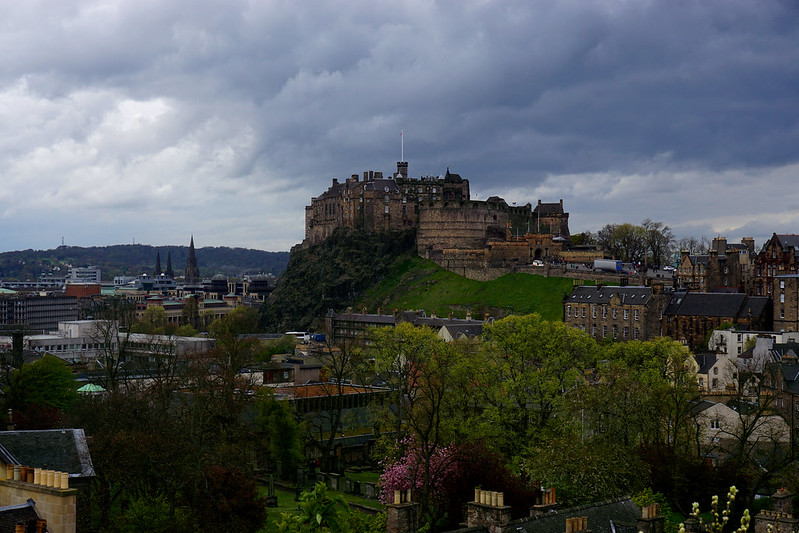 Edinburgh has joined a number of councils in England in saying no to controversial ‘LOBO’ loans. Edinburgh Green councillor Gavin Corbett explains.

THE world of local authority treasury management is a rarefied one. Not many councillors seek election in order to pore over investment strategy or unpick the debt profile which councils have to manage.

Nevertheless, there it is.

Take just one aspect of that – debt management. All councils have debt portfolios to manage from decades of capital investment in schools, housing, transport and other community infrastructure.  This debt runs to billions of pounds – leaving aside relative newcomers like PFI/PPP/Scottish Futures Trust, where debt and running costs are rolled up together for a contract period. The day to day cost of managing longstanding debt is a significant part of a council’s yearly budget and how well it is managed impacts directly on how much is available for core services.

Most council debt is via the Public Works Loan Board (PWLB), a longstanding clearing house for public borrowing which uses enormous scale to secure competitive rates for public bodies. But some borrowing is direct to the market and some of that in turn is via complex financial instruments called LOBO loans (which stands for ‘Lender Option Borrower Option’) which have come to prominence in the last ten years.

As one of many councils, Edinburgh has 22 LOBOs, with combined face value of around £212m, most of which are so-called ‘vanilla’ (i.e. standard) LOBOs which are closer to general market movement. However, a number of councils have also had inverse floater LOBOs, which have proved very controversial recently. This is because, as the “inverse” descriptor implies, they work in the opposite direction to interest rates generally.

As interest rates go down, inverse floater rates go up. That is why Edinburgh has been paying rates of close to 8 per cent on its four inverse floater LOBOs, with a face value of £40m, at a time when PWLB debt can be taken at around 2 per cent.

Why on earth would any council take out such loans then? In one sense, as part of a very large portfolio of debt, a small number of inverse LOBOs may be seen to provide a bulwark against rising interest rates. However, as it turns out, in an environment of low and falling interest rates it looks like a very bad deal. Very simplistically, the difference between 2 per cent and 8 per cent is about £2.4 million a year – around what it costs to run a large primary school.

Some debt strategies work, some don’t. Overall, Edinburgh’s Treasury management function has performed above target for a number of years and, to be frank, has been the difference between the council balancing its budget or not. However, there is some reason to consider what has happened as more than just swings and roundabouts.

Critics of LOBOs have highlighted the hazy role of third-party brokers and advisers and there have been accusations that vendors of LOBOs, like RBS/Nat West or Barclays have been guilty of what amounts to mis-selling.  At least one council in England has threatened legal action.

Against that backdrop there has been a growing trend for these loans to be brought to an early end.  For example, in late 2018 Cornwall County Council brought its two inverse floater LOBOs with a combined face value of £85m, with interest at between 7.8 per cent and 8.8 per cent, to an end.  There is a catch, of course.

With such high interest rates and such long-term loans – typically 40 or 50 years – lenders don’t agree to termination cheaply.  In the case of Cornwall, according to independent analysts, Research for Action, there was a penalty of £53.6m to pay, on top of the £85m loan.  However, when re-financed via PWLB at around 2.4 per cent it is still a better deal than continuing with the loans.

The scale of penalty is critical to the decision on early exit. Negotiations with banks are cloaked in confidentiality. The penalties, it is argued, are discounted, but the deals do vary significantly between councils.

To date, the lead has been taken by English councils with the London Borough of Newham taking the headlines.  Scottish councils have so far been behind the curve.

That is changing. At the August meeting of the Edinburgh City Council’s Finance & Resources Committee I pressed the senior staff overseeing debt management on the extent to which LOBOs, especially the inverse floater LOBOs, made sense for the council at a time of extreme budget pressures. Things have moved fast since then with a follow up report to September’s committee outlining the terms agreed with RBS to exit the 4 inverse floater LOBOs.

That process has now been concluded.  So loans at a value of £40m which were scheduled to run until 2060, have been terminated. The exact terms of termination are subject to a confidentiality agreement so are not available for public scrutiny.  However, it follows from the ‘inverse’ nature of the loan that favourable movements in the PWLB rate in recent months puts upward pressure on the LOBO rate and hence on the penalty.

So, in a scissors-like movement, a higher penalty has to be weighed against lower re-financing costs.  It is the point at which they intersect which matters. I have been at pains to highlight that Edinburgh, where RBS has its headquarters, should not emerge from the negotiations with terms which are less favourable than in other areas.

The LOBOs story is not over, for Edinburgh or others. The inverse floater LOBOs are highest profile but that still leaves another 18 LOBOs at rates of around 4-5 per cent, most of which are due to run until 2065 or 2066. Other councils are still in the throes of negotiation.

At a time when every single penny is needed for schools, homelessness services, social care, parks, community centres and all the rest – then the detail of treasury management needs to have higher profile in all councils.

Green Councillor Gavin Corbett leads on finance for the Edinburgh Group of Green councillors.  Thanks to Joel Benjamin and Vica Rogers of Research for Action for access to data and constant guidance.