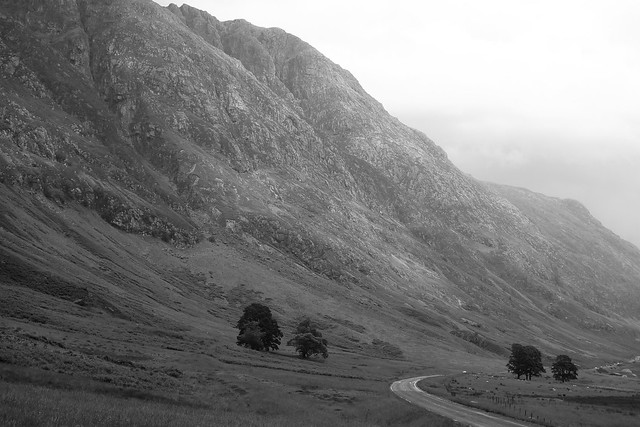 A new report has calculated the enormous potential for tree-planting to absorb carbon emissions globally, and Scotland is one country with significant under-utilised capacity – but is our current concentrated land ownership a barrier to reforestation?

A REPORT in the Science journal has for the first time calculated and mapped out the number of trees which can be planted across the world without encroaching on farm land and urban areas.

The area worldwide is equivalent to the size of the US and China combined, on which it is estimated 1.2 trillion trees could be planted. That number of new trees could remove two-thirds of all carbon emissions in the atmosphere, according to the scientists. However, it would take 50-100 years for the full effect of tree planting to be felt.

“What blows my mind is the scale,” Tom Crowther, lead researcher of the report at ETH Zurich, told the Guardian. “I thought restoration would be in the top 10, but it is overwhelmingly more powerful than all of the other climate change solutions proposed.”

Crowther claims one trillion trees could cost a mere £240 billion globally to plant – less than a quarter of the cost of the UK bank bailouts after the financial crash.

What potential is there in Scotland for such a tree-planting programme? As the graph shows, especially on Scotland’s east-coast, the possibilities are vast.

The Committee on Climate Change’s report in May updated Scotland’s emissions potential to net-zero by 2045 based on the fact that Scotland “has proportionately greater potential for emissions removal than the UK overall” and thus can “credibly adopt a more ambitious target”. Scotland’s “larger land area per person” and its “significant CO2 storage potential” was what informed the view that emissions removal was more feasible in Scotland than elsewhere in the UK.

“Around 20 per cent of land in Scotland is currently forested, the highest proportion in the UK, which could rise to almost 30 per cent under deep emissions reduction scenarios,” the report stated. 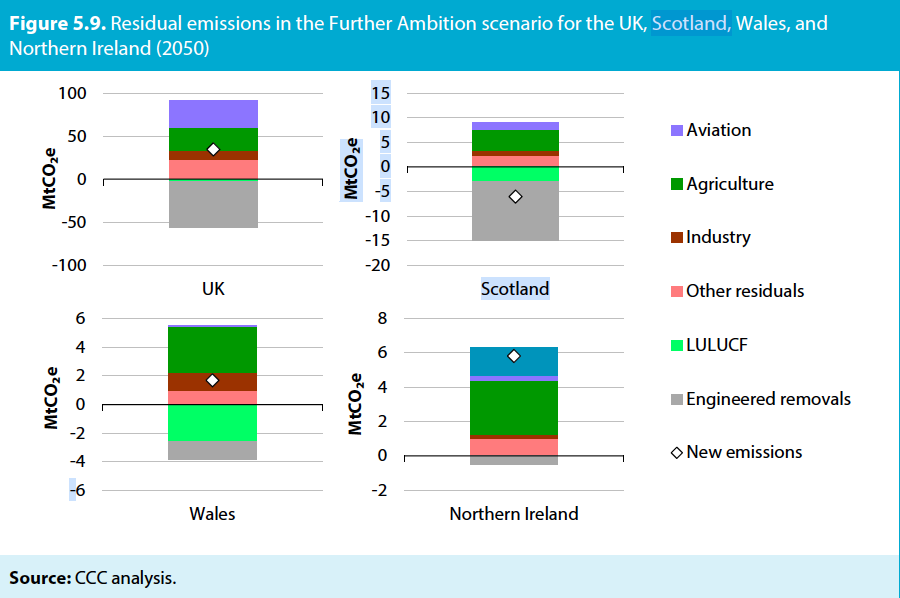 The above graph shows the extent to which Scotland’s new emissions reduction target is reliant on “engineered removals” of carbon, which principally means “afforestation/reforestation”. The graph “reflects significant changes in our assessment of the opportunities presented by the land sector in terms of carbon sequestration”.

So tree-planting is a major part of the emissions reduction plan we need in Scotland and globally. What’s the barriers? The most obvious one is that the land that has to be reforested is overwhelmingly privately owned. In Scotland, we infamously have the most concentrated land ownership in the whole of Europe, with less than 500 people owning more than half of all of Scotland’s privately owned land.

It’s therefore reasonable to say that unless something is done about that, Scotland’s emissions reduction targets are in the hands of a tiny group of extremely rich individuals, made up of aristocratic families like the Buccleuch Estates and eccentric recent acquirers of Scotland’s land like the billionaire Anders Polvsen, now taking over the Duke of Buccleuch as Scotland’s biggest landowner.

Crowther sees financial incentives for big landowners as the only feasible way to deliver this change, but then are we not in danger of entrenching even further the huge growth in wealth inequality Scotland has already seen over the past 20 years? As the Resolution Foundation’s 2018 report on wealth in Scotland revealed, landowners have benefited immensely from the the rising value of assets (well over and above RPI/CPI inflation) over the past 20 years at the expense of those who rent and live off their income, an entirely unearned increase in wealth that has seen wealth inequality grow to be more than twice as large as income inequality.

Journalist Lesley Riddoch raised the issue of how tree-planting should be broached when it comes to Scotland’s concentrated land ownership, writing in The National that before such a huge programme can commence “first we need a big debate. Should landowners be allowed to remove tenants for tree-planting grants or will the Scottish Government seize the chance to reform land ownership and diversify the rural economy?”

The ground-breaking report by the Scottish Land Commission found monopoly land ownership was “socially corrosive”, with a lack of effective participation over land use change decisions. The report made a series of recommendations including subjecting large land sales to public interest tests and requiring big landowners to come up with management plans which includes the involvement of the whole community.

The Forest Policy Group has questioned why the Scottish Government’s budget for Scottish forestry is lower than it was a decade ago and why the new public forest has been financed through land sales.

READ MORE: Stabilise house prices and tax unearned wealth: 5 ideas the Scottish Government could take from Land for the Many

Given the scale of the challenge and the need for urgency in addressing it (especially if tree-planting is going to absorb sufficient carbon quickly enough), all of this is useful, but perhaps there needs to be thinking on a bigger, more radical, scale. Surely at some point the fundamental question needs to be posed over what we prioritise as a society: is it more important for private landowners to have the right to choose to do what they wish with their land, or is it more important to rapidly change Scotland’s land use to meet the needs of people and planet? Does private property rights outweigh public interest in a climate emergency?

If the answer is no, a whole load of new options open up which could seriously change land use, up to and including the idea that land should be part of the Commons, a shared resource owned by none, available to all and stewarded democratically. David Bollier and Silke Helfrich, editors of a book of 73 essays by the Commons Strategy Group, argue that the commons can take us “beyond a market/state duopoly”: “The generativity of commons stewardship, therefore, is not focused on building things or earning returns on investment, but rather on ensuring our livelihoods, the integrity of the community, the ongoing flows of value-creation, and their equitable distribution and responsible use.”

Practically, private landowners could then be charged a rent per hectare if they wish to continue to make use of the common land they reside on, with a framework restricting what sort of uses are permissible and impermissible. Such an approach would be a revolution in land and property – but if transforming a fossil-fuel based global economy so that humans are no longer net emitters of carbon by 2050 is not revolutionary, then what is it?