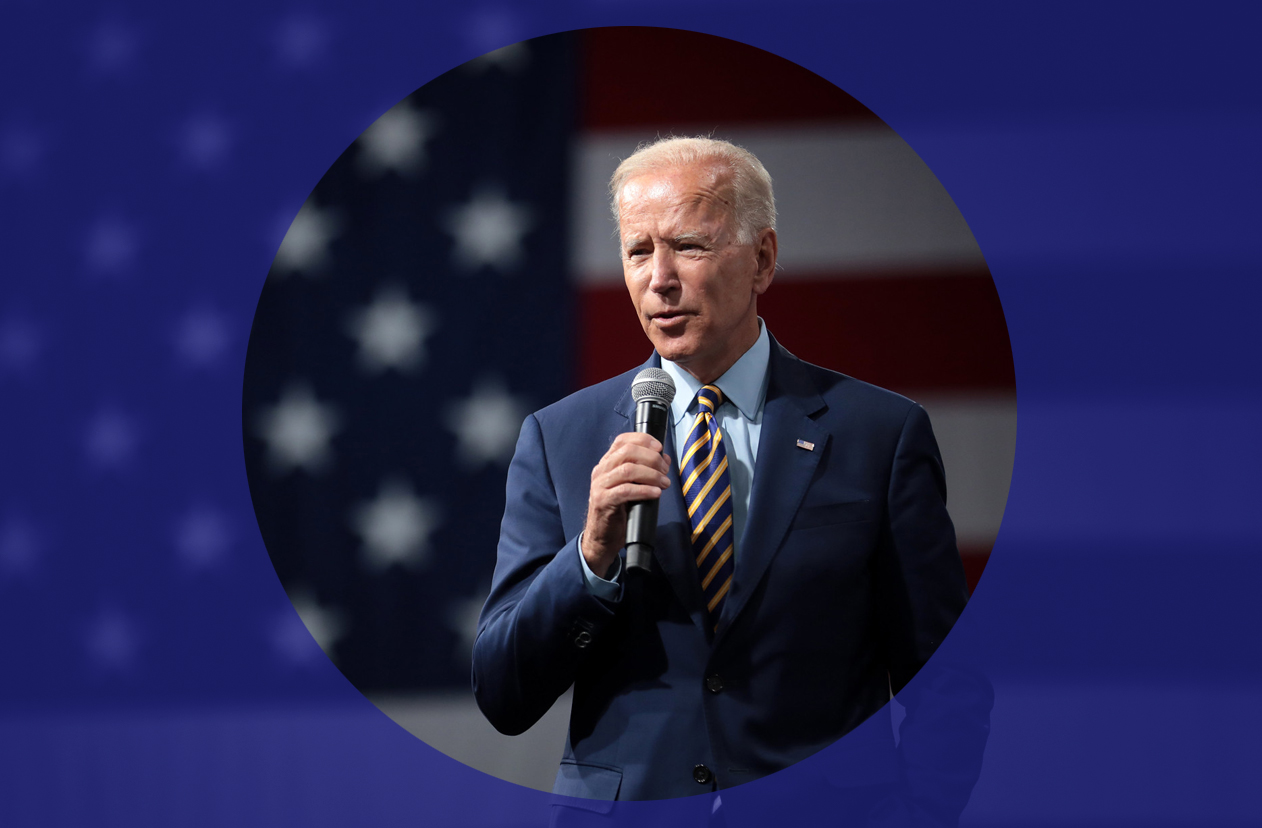 “The Biden presidency would undoubtedly be the choice of Wall Street. But it would also be the most direct form of rule by Wall Street.”

It would be foolishness to assume a Joe Biden victory in the 3 November US Presidential election. Both the 2016 upset, and the eccentricities of the US electoral college system (where popular vote is not directly reflected in the outcome) should silence the common practice of prediction mongering, which is in any case of extremely dubious value.

That said, there is little doubt that in contrasting his stable electoral coalition to Donald Trump’s lacklustre and chaotic campaign, Biden is demonstrating his version of ‘left’ as a viable platform.

Following the twin defeats of Jeremy Corbyn and Bernie Sanders, and set-backs for some right-wing populist movements, many are now predicting a triumphal ‘return of the centre’ with Biden at the steer, providing a global example from the vantage of the world’s most powerful state.

Can Bidenism translate abroad, even to our own shores?

In many ways, Biden nor other centre-revivalists are ‘new’. They often look back to past leaders of the centre-left, such as Clinton, Obama and Tony Blair. But there is an essential sense in which this is not true in the US.

The Democratic party appears to be overtaking the Republicans as the preferred option of the US rich. Biden’s principle campaign committee has racked-up $952.2 million in contributions within the last two weeks of the campaign, to Trump’s $612.7 million.

The Democratic fundraising operation ActBlue drew in a massive $1.5 billion between July and September. Figures in finance and investment are massively over-represented in Biden’s war chest. They include a who’s who of the US capitalist class. Financiers have contributed more than $50 million to Biden late in the election campaign, compared to just $10 million for Trump.

A Biden presidency is clearly the majority choice of Wall Street, and they will get what they pay for.

These ‘known trusted people’ include leading personnel from JPMorgan Chase and Bank of America as well as Mike Bloomberg, his uber-rich erstwhile competitor for Democratic nominee, and a host of Obama era staff.

There is little doubt that Biden’s campaign is based on a fundamental contradiction. Having disparaged and sidelined the left, stating quite correctly that “I’m the guy who ran against the socialists” he knows that his coalition works because of a surging anti-Trump feeling among the young, in cities and campus towns, among black voters and other sections of the multi-racial working class.

A significant mobilisation from deep in the body of US society can be expected on polling day, regardless of the general lack of enthusiasm about Biden. And that lack is very real. In an August poll conducted for pro-Biden press outlet USA Today, enthusiasm was almost twice as high among Trump as Biden voters.

One op-ed from a young Biden voter presumably speaks for many millions of Americans: “Joe Biden is not the democratic nominee I had hoped for. His lackluster centrist policies invite debate into decisions where its welcome is long overstayed…in short, he looks far too much like the rich, old, white men who have been running this country since my knowledge of its history begins. However, my personal reservations pale in comparison to the acute, catastrophic possibility of the Trump administration winning a second term.”

The question is, then, for how long after the election would a President Biden’s writ run with his extended coalition? Would Black Lives Matter be satisfied with another Obama – who talks tough on racism but evinces little serious action? If layers of working class white voters return to the Democratic party from Trump or self-imposed exile from the electoral process, will they be happy with Wall Street rule in a time of mass unemployment?

These same questions haunt any attempts to establish Bidenism as a political route-map outside the US.

For export to the UK?

In Britain, official opposition leader Keir Starmer is also trying to benefit from the nascent ‘return of the centre’. He has spent the opening months of his party leadership touring the right-wing press including the Times and the Telegraph in London, rather than Scotland and the so-called ‘Red Wall’ seats.

Big-money financial donors, many of whom withdrew support under the leadership of Jeremy Corbyn, are returning, and Starmer has set up a suite of perks including special access to the leadership office for those willing to lavish the most on his project.

He has delayed the unveiling of any policy proposals while he re-establishes an image of the party as loyal to ‘British values’. But when those policies do arrive, they will presumably reflect this restored centrist coalition, with sops to left and popular constituencies.

But as in the US, this project will experience problems of re-aligning with its wider base. This has already been borne-out by the revolt of ‘the North’ announced by Manchester mayor and presumptive future leadership candidate Andy Burnham, and the reaction to the Tories’ refusal to extend free school meals into the summer months across England. If some in either the Conservative or Labour benches assumed these constituencies becalmed, they did so far too early.

Contradictions of a centrist revival

In reality, political re-orientations are often drawn-out, painful and fraught processes. In continental Europe, the social democratic left has been in retreat or abeyance for most of this century. In countries like Germany and France, once the heartlands of the European left, those traditions are in retreat, losing ground to the far-right. Their crawl back to power, should it come at all, will be pained.

The US two party system may in fact invert this problem onto the Republicans, who have a radicalised base but will (sooner or in four years time) lose the charismatic leader who binds them into a force.

The UK two party system, meanwhile, sees the Tories continue as the main vehicle of the rich. But First Past the Post means that challengers to old social democratic strongholds are weak (except in Scotland, with devastating consequences for Labour). Britain could therefore become the test-case for the centrist revival.