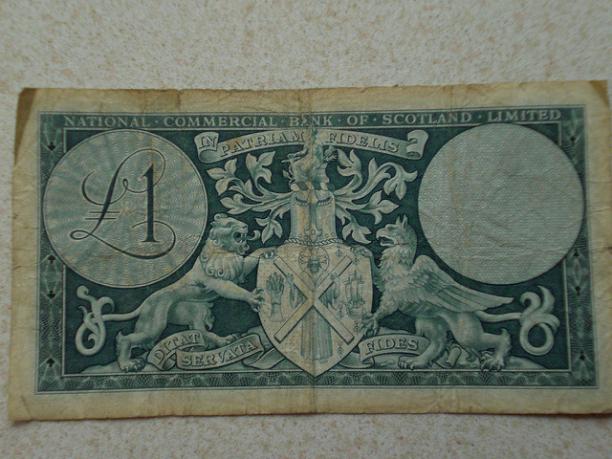 WHEN discussing an independent Scotland’s potential entry into the European Union, it must first be noted that we are exploring new terrain, in which nothing is certain.

Putting aside the conflicting opinions within the independence movement regarding the desirability of EU membership for a newly sovereign nation, or even the circumstances under which Scottish independence might be achieved, the hasty wishful thinking that many unionists have presented as definitive judgements on the matter has already demonstrated that merely saying something is impossible does not make it so.

The EU – so often portrayed as a monolith entity with an unshakeable hive-mind – is, now more than ever, an argumentative institution containing a broad spectrum of clashing opinions, each informed (and sometime determined) by their own national or ideological agendas. Both supporters and opponents of independents have, in the past, seized upon the statements of various EU officials and European politicians in support of their own positions.

In 2017, Philippe Lamberts MEP, the Belgian co-chairman of the European Green Party/European Free Alliance, argued that the EU’s 27 leaders would be happy to agree to an independent Scotland’s membership, “if only to thumb their nose at the UK Government” in the wake of Brexit.

“Tell me why there should be a problem? Right now Scotland is part of a full member of the European Union, which means it applies all of the EU legislation and fulfils the conditions,” Lamberts said, arguing that Scotland could inherit the UK’s membership. “Europe would not stand in the way of an independent Scotland being in the European Union.”

Perhaps the most notorious contrary view is typically attributed to the Spanish Government, whose opposition to insurgent national breakaways entering the European bloc is maintained with an eye on their own efforts to suppress the independence of Catalonia.

However, this opposition is not as immovable as one might think: despite Spanish Prime Minister Mariano Rajoy’s resistance to speculating on the matter, his foreign minister has generally held that an independent Scotland would need to re-apply for EU membership as a ‘third state’. Even in that circumstance, a Spanish veto is not guaranteed, as the Spanish Government is generally keen to emphasise the difference between Scottish and Catalan circumstances.

If anything can be learned from all of this, it is that the political actors with influence over Scotland’s possible future within the EU are not necessarily in concert, nor can their eventual decisions be predicted when the details of a second referendum, never mind Scottish independence, remain undetermined.

The search for certainty has been made more complicated by issues raised recently in the SNP’s Growth Commission report. While the report did not articulate an explicit position on EU membership, it does argue in favour of frictionless trade between the EU and the UK in the aftermath of Scottish independence.

Andrew Wilson, the economist, lobbyist and former MSP behind the report, subsequently told the BBC’s Sunday Politics Scotland that an independent Scotland should “absolutely and emphatically” be a full member of the EU.

However, the likelihood of this scenario might be threatened by perhaps the most controversial aspect of the Growth Commission report: its recommendation that a Scottish currency be established “at a later date”, a process of Sterlingisation – under which an independent Scotland would use the pound sterling without formal agreement with the Bank of England, placing Scotland’s monetary policy in the hands of London – would be applied in the meantime.

However, this policy could conflict with existing EU agreements – in particular, the Maastricht Treaty. As Craig Dalzell, head of research at the Common Weal think tank, argues: “I think the biggest issue with Sterlingisation and meeting Maastricht is compliance with Chapter 17 on monetary policy. That chapter mandates a full, independently run central bank, which a Sterlingised country wouldn’t have.

However, Dalzell observes, “countries can still make progress on this chapter – Montenegro is getting there – but it’s a lot harder and Montenegro has the advantage of using the currency of the union it’s trying to join. A Sterlingised Scotland wouldn’t be.

As with so much else, this is unexplored territory. “The truth is, this has never been tried before in the EU so the rules don’t really apply,” Dalzell contends. “Ultimately, it’ll be wrapped up in the politics. If the EU wants Scotland in, it’ll find a way (maybe via development funding similar to that given to Eastern European countries to help marketise their economies).

“If the EU wants to make a fuss over Sterlingisation (perhaps because of acrimony with the UK due to Brexit), it probably will.

“Whatever happens,” Dalzell says, “Sterlingisation won’t make it easier to join the EU than an independent currency would. It just throws up barriers.”

Andrew Duff, President of the Spinelli Group and visiting fellow at the European Policy Centre, has further argued that, should the Growth Commission’s preferred scenario come to pass, the EU would have to negotiate with the Bank of England over whether the UK’s – and, by extension, Scotland’s monetary policy  – met EU requirements prior to Scotland’s membership being decided: “A member state must have an independent central bank and a currency,” Duff explains. “A Scottish application to join the EU within the ten year period would have to be negotiated via the Bank of England and HM Treasury. It could be done – but not without UK government consent.”

A further complication – dealt with in more detail by the Growth Commission – is presented by Brexit, which the report consistently regards as a looming threat to Scottish economic interests. If, post-Brexit, the UK leaves the single market – a move now supported by both the UK Government and Labour – it would present an obstacle to the aim of frictionless trade with both the UK and the EU. If such a trade arrangement was achieved between an independent Scotland and the EU, it would mean a border with the remainder of the UK, and probably not a ‘soft’ one at that – it’s not clear whether a sterlingised Scotland would be feasible in this context. If a similar arrangement was struck for frictionless trade with the UK, an independent Scotland would likely be locked out of the very EU single market Nicola Sturgeon has argued against leaving while Scotland is part o the UK.

So in theory, Sterlingisation – while proposed as a stopgap measure to make the transition to independence easier – could create more difficulties than it solves, in addition to the undesirable aspects already identified by its critics. However, none of those problems are definitive or insurmountable.

“In setting out future options for Scotland, [the growth commission] sidesteps Scotland’s European choices. In doing so, it mostly leaves the EU or EEA level of policy-making out of its wide-ranging policy discussion – a huge and strange gap.” Dr Kirsty Hughes

However, Dr Kirsty Hughes, director of the Scottish Centre of European Relations, observes that the Growth Commission’s commitment to Sterlingisation has perhaps overlooked an easier solution. The Growth Commission largely dismisses the possibility of joining the euro immediately following independence, stating: “Scotland would join the euro only if and when such a decision is in the best interests of both Scotland and the EU, and the relevant criteria of the Maastricht Treaty were met.”

Dr Hughes describes this as “a missed opportunity to discuss some key challenges for an independent Scotland. What would be the pros and cons of joining the euro – given the detailed analysis the Growth Commission does provide of the desirable objectives of monetary policy and strategy?”

“The Growth Commission rightly, and repeatedly, emphasises the damage Brexit will do to trade and growth,” Hughes continues. “But in setting out future options for Scotland, it sidesteps Scotland’s European choices. In doing so, it mostly leaves the EU or EEA level of policy-making out of its wide-ranging policy discussion – a huge and strange gap.”

As Philippe Lamberts put it, “If there is a political will, and I think it will be there, lawyers will find a way to make it legally happen.” Nevertheless, in the wake of the tragedy of the Greek experience, its silence over Catalonia and its uncompromising attitude in the face of the present Italian crisis, relying on reasonable behaviour from the EU at some point in the future may be as a gamble just as great as Sterlingisation.