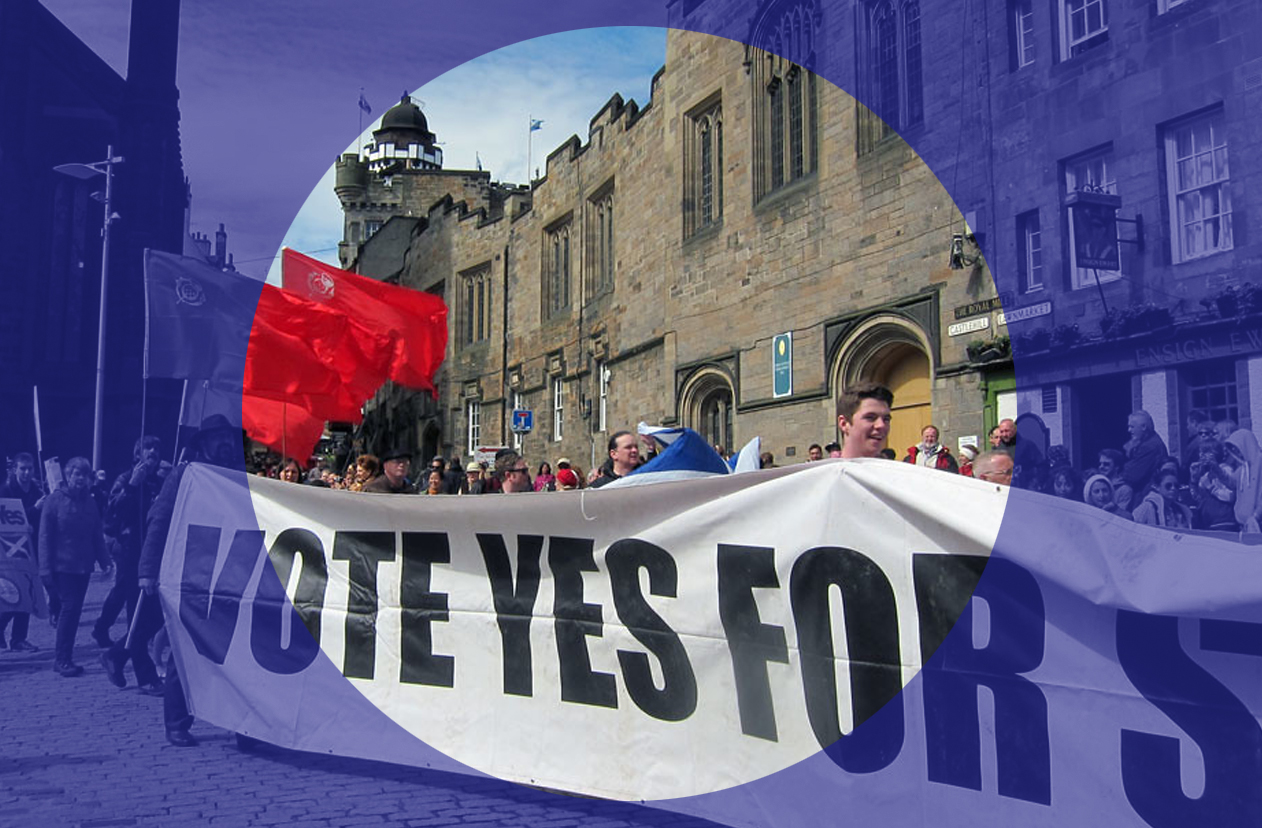 “How firm do we all think support for independence is, and what bearing might this have on this coming election – apparently believed by some, but seldom ever announced to be an ‘independence referendum’.”

IN ONE OF the first acts of the 2021 Holyrood election, Angus Robertson promised Edinburgh Central voters that this election will be about securing an independence referendum. However, this wasn’t a claim made on the BBC or in a newspaper column – it was made on his phone atop Calton Hill, in a call on his diehard supporters to send him £10,000 for his election war chest.

This begs the question – will he still be telling Edinburgh Central’s voters – many of them middle class urbanites, who tend to crave stability and continuity – that they can expect an independence vote in the first part of the next parliamentary term, in the last week of the election campaign?

Put in other words, how firm do we all think support for independence (which has only slipped slightly below majority support once in the last 23 polls) really is, and what bearing might this have on this coming election – apparently believed by some, but seldom ever announced to be, an ‘independence referendum’.

Of course when people are asked a question like ‘do you support Scottish independence’, or ‘would you vote for Welsh independence in a referendum’ (which recorded support at 40 percent recently) and they say ‘yes’, that word can and does mean very many different things.

It could mean ‘I feel let down by the Labour party’, or ‘a majority in my country voted against Brexit and yet here we are’. It could mean ‘there aren’t many job opportunities in my small town, but people in the mega-city in London seem to be doing alright’ or ‘my local hospital doesn’t have a cancer ward’. It can and usually does mean even vaguer things; ‘I don’t like politicians’ or ‘no one in power represents me’.

Modern political science was born, according to some, with the publication of The American Voter in 1960, the work of a team of political scientists who engaged in a large and detailed study of American voters, what they thought and how the voted. Their conclusions established a now long-held and traditional view in their field: that voters are generally politically inarticulate, and voted for parties over personalities or policy platforms.

Phillip Converse, one of the report’s authors, drew broad and elitist conclusions. Most importantly, he believed that “ideological constraint” – the coherence of ideological worldview – was a rarity in the wider population.

In 1965, he wrote: “Whatever problems are posed for description by the diffuseness of the issue base of mass politics, the most important insights are to be gained from the fact that ideological constraints in belief systems decline with decreasing political information, which is to say that they are present among elites at the “top’ of political systems, or subsystems, and disappear rather rapidly as one moves ‘downward’ into their mass clientels.

“Perhaps the simplest and most obvious consequences are those that depend on the fact that reduced constraint with reduced information means in turn that ideologically constrained belief systems are necessarily more common in upper than in lower social strata.”

By this interpretation, voters answer questions without drawing on any wider, well-structured or systematic view of the world. Many have complained that this is an over-simplified and dismissive vantage on the electorate. There are also questions about whether political cultures can be transposed from the 1950s and 1960s to today, when party politics has typically become less reflexively party-political (having read some of the interviews in The American Voter, this writer can attest that many of them seemed more articulate and particularly class-political than they were given credit by their academic interlocutors).

But it perhaps does point to an elementary modern political reality. As another political scientist, Peter Mair has argued, modern political life is conditioned by the hollowing out of democratic institutions and the rise of managerial elites – what he called Ruling the Void. Party, trade union, local and community political traditions have all atrophied profoundly, and this must have an impact on the articulation of political belief.

This does not mean that ‘voters are stupid’, or that sense cannot be made from inarticulate political statements (indeed, sometimes there is a determined effort not to listen to quite articulate statements – most Leave voters said they were primarily motivated by the principle that decisions should be taken in the nations where they are implemented, and a prominent French Yellow Vest slogan was ‘Work, Consume and Keep Your Mouth Shut’, but it didn’t stop these movements being presented as reactionary and obscurantist by some).

Yet this does mean that political attitudes require interpretation and not just recording. In the case of independence polls, all kinds of contradictory political feelings can be expressed in answer to a very specific question.

How will the SNP interpret the majority support for Scottish independence? Probably not as they present it to the independence movement proper – as proof certain that we are in the closing strait of this race. Rather, they will understand that some of those voters, probably quite a large proportion of recent converts to independence, will recoil at the idea of an independence referendum in the midst of a global pandemic which, though receding before the mercifully effective rollout of the vaccine, has still upended national and international political and economic stability. Time will tell how the SNP and the other parties mix and measure their uncertainties into the slogans of 2021.