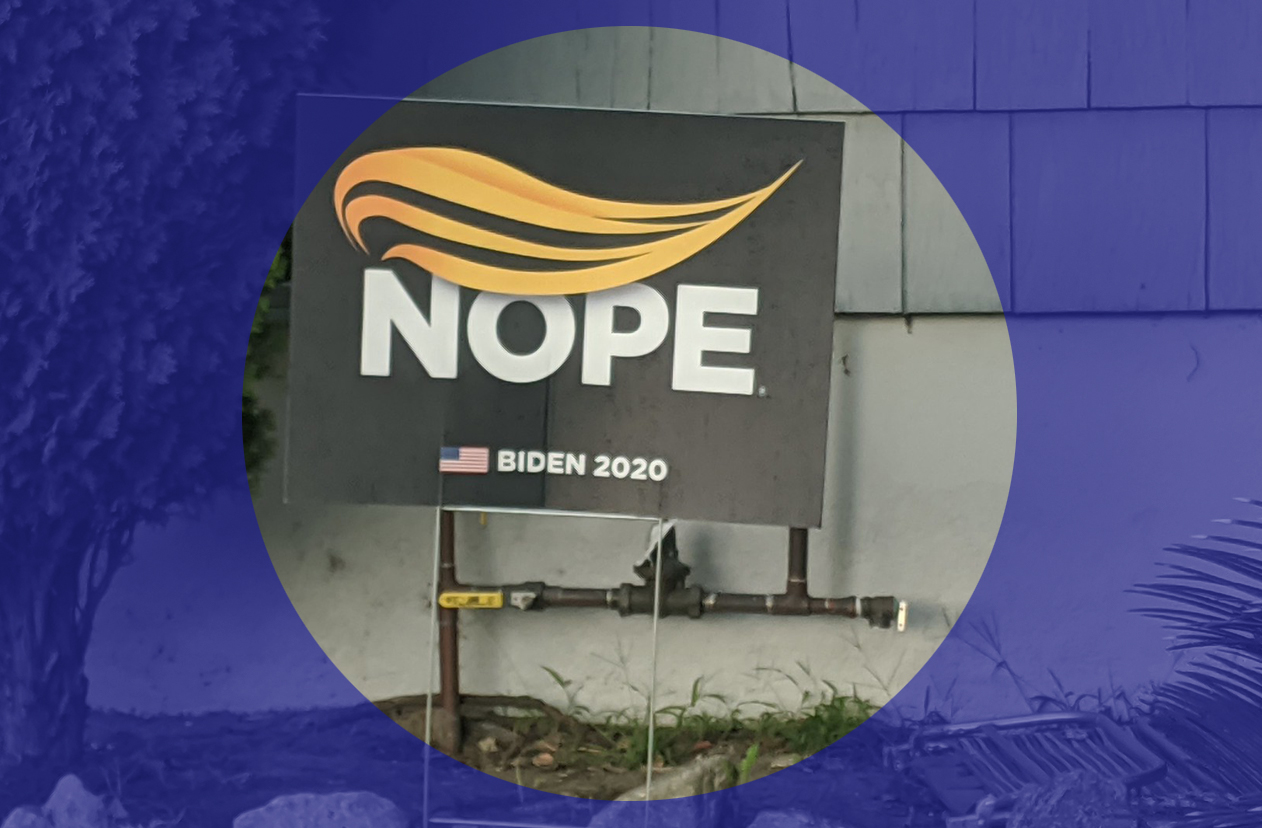 “In the spectacle of the first presidential debate, two aged oligarchs battled incoherently over fractured constituencies in a broken economy.”

ON 30 SEPTEMBER, global headlines struggled to make sense of the first US Presidential debate. The general tone was one of embarrassment.

The Guardian spoke for many: “The rest of the world – and future historians – will presumably look at it and weep.”

Der Spiegel in Germay: “A TV duel like a car accident.” La Repubblica in Italy: “Never had American politics sunk so low.” The Times of India called it “Mud-wrestling.” And on and on.

And yet, these protests about the degraded state of US politics still clung to the narrative of 2016 – of an historical blip when, as today, people cursed the year as an annus horribilis meaningful mainly to itself as a moment of universal embarrassment. The Guardian’s hope that “future historians” would shed tears in recollection is very in keeping with this attitude; a return to ‘normality’, with scholars fitting that condition, is expected.

This assumption is based upon cultural attitudes about democracy, and the permanence and efficacy of models of governance, that are firmly rooted in the modern western world-view. Is US democracy, and with it the paradigm of a century, in decline?

The forward march of democracy halted?

Recent years have seen a battle of interpretation over how democratic the global system actually is. At the end of the Cold War in the 1990s, liberal and conservative intellectuals alike were often found declaring the historic victory of liberal democracy over its 20th century antagonists. Since the turn of the 21st century, this attitude was repudiated by forces like the so-called ‘anti-globalisation’ movement, which claimed that the global cementing of US power and its corporate economic paradigm meant a retreat from meaningful democracy.

The argument has been well-worn in the two decades since. Insurgent forces on the Left, from Latin America to Europe, have continued to question the health of democracy and claims to historical progress (as has the hard Right – though sometimes in the language of national identity and sovereignty, or in a cultural register). More established forces have continued to demand a look at the big picture over the long duration.

But that picture shows us very contradictory processes. According the Pew Research Centre: “As of the end of 2017, 96 out of 167 countries with populations of at least 500,000 (57 per cent) were democracies of some kind, and only 21 (13 per cent) were autocracies. Nearly four dozen other countries – 46, or 28 per cent – exhibited elements of both democracy and autocracy. Broadly speaking, the share of democracies among the world’s governments has been on an upward trend since the mid-1970s, and now sits just shy of its post-World War II record (58 per cent in 2016).”

We have not witnessed a collapse in formal democratic systems in recent years. But neither are we moving ‘forward’ in any linear fashion. The global system is only around as democratic as it was at the end of the second world war, as the Soviet system spread across Eastern and central Europe, and a besieged European colonialism still held on to as many subjects as it could.

One could further question Pew’s characterisation of many of its para-democracies. They include Russia and many former Soviet republics, as well as many African and Middle Eastern countries where one-party or otherwise autocratic systems have been replaced by wildly corrupt, militia-backed, oligarchic or highly precarious regimes.

It seems fair to accept that the democratic project has at least stalled.

The decline of US democracy?

It was the Cold War claim of the United States that it was leading a fight for democracy. This, and not economic systems or claims to class politics was the real meaning of the clash of systems according to US and western ideologues.

Brutal wars were fought for this democracy. Consumer capitalism was deployed to win youthful populations around the world to an identification with American system. Of course, very many countries have claimed to be the birthplace of democracy, from Greece and France to the UK, and all as dubiously as the US.

As a matter of fact, it was the US’s external claim that it was fighting for democracy and liberty: internally, it launched a holy war for Christ.

US President Dwight Eisenhower told reporters upon his election that the Cold War was a “war of light against darkness, freedom against slavery, godliness against atheism.” These were not mere words. Successive Cold War administrations intertwined religion with civic and political life, and pressed huge sums of money into building churches and raising congregations across the United States.

What Jonathan Herzog has called the “spiritual industrial complex” transformed the US. In the 1950s alone $3 Billion was spent on church construction. Between 1945 and 1960, the church going population exploded from 35 to 60 per cent.

One should not reduce the erosion of US democracy to this phenomenon alone. It worked in tandem with the spread of new forms of racism and the Republican ‘Southern Strategy’, attacks on popular movements and the trade unions, and the penetration of marketisation into community life. The consequences has been a radicalised (largely religious) right, and a weakened left. All of this has contributed to the spectacle of the first presidential debate, where two aged oligarchs battled incoherently over fractured constituencies in a broken economy.

If the claims of the US to be the torch-bearer of democracy are weakened by the record, they can still matter. Propaganda though it was, many millions really have fought over the generations, partly inspired by the ideals of liberty espoused (and some one might not guess – such as anti-colonial fighters from Vietnam to Cuba who ultimately moved to the Soviet camp).

Today, rather than spreading the ideals of liberty and democracy, the US system has become and international rallying cry for other ideas. It was rejected as a global leader by generations who witnessed wars in the middle east and attacks on democracy in Latin America. After the election of Trump, the far Right around the world used his example to muster action. Trump became a symbol for leaders like Hungary’s Viktor Orban and Brazil’s Jair Bolsonaro, among many others.

During the debate, Trump told his street-level supporters, many representing more militant far Right ideas, to “stand ready” for the election. If the result is a narrow victory for either side, it will likely be contested. A major constitutional crisis will once again cause a skirmish of interpretation around the world, and promote who knows what new conflicts.