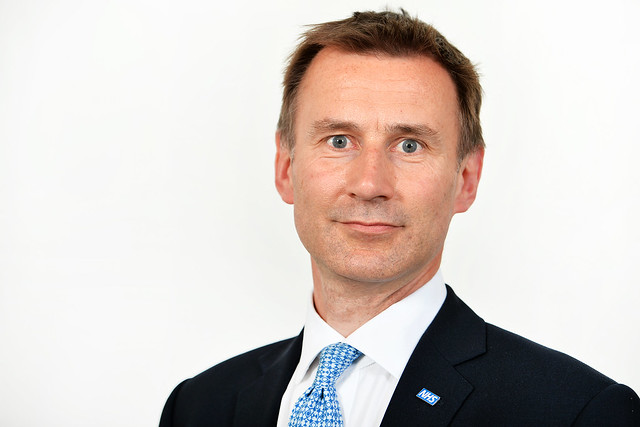 Despite never having met one in politics that he couldn’t comprehensively fail, Jeremy Hunt – one of the five Conservative leadership challengers half-heartedly trying to convince the party that Boris Johnson’s decades-long design upon Downing Street should remain within the realm of dystopian fiction – attracted a few headlines today after unveiling three tests over the weekend which, he argues, the SNP would need to meet before being granted a second independence referendum.

Throwing a bone to the increasingly beleaguered Scottish Tory leader Ruth Davidson – whose preference for Sajid Javid as the new party leader is not shared by any Scottish Tory MP – Hunt echoed her remarks from last week, in which she argued that a Section 30 order for a further plebiscite should only be granted if the SNP secured an “outright majority” in the 2021 Scottish parliamentary elections.

In what must have seemed like a good idea at the time, Hunt went on to set two further tests – that the SNP set out a “clear timeline” for abandoning the pound, and that it explicitly rules out “any suggestion” of a Catalan-style wildcat plebiscite.

Evidently, these are not – as Mr Hunt’s vow to “halt the SNP in their tracks” underlined – proposals offered in good faith. There is, it would appear, a comfortable expectation of the foreign secretary’s part that a failure to meet his tests is a virtual certainty. We shall see.

READ MORE: Analysis: Ruth Davidson re-enters the political fray with new vigour to shut down Scottish democracy for a decade

Two of the tests provide little to unpick: demanding a timeline on exiting sterling is likely based on the difficulties the currency issue presented for the Yes campaign last time, and more recent controversies within the independence movement over the recommendations of the Growth Commission. These arguments aren’t going away, but Hunt’s clumsy attempt to take advantage of this will do him no favours. If he wants a timeline, the SNP can give him one – it may not be popular with people who aren’t Andrew Wilson, but the there is no reason the test cannot be met.

Ruling out a “wildcat referendum” is more a mysterious requirement, since the SNP leadership has essentially done so already. There is no major faction within the party agitating for such an eventuality, and no serious political observer expects the Scottish Government to engage in the long, complicated and often dangerous preparations and subterfuge their opposite numbers in Catalonia pursued in the run-up to 1 October, 2017. The test seems to have little purpose other than to burnish the SNP’s image as dangerous radicals one step away from revolutionary action – which makes a certain kind of sense, considering that Hunt is appealing to the Conservative Party membership, who are perhaps the only people in the British Isles who would swallow such a demonic portrayal.

If she was feeling mischievous, Sturgeon could have some rhetorical fun with Hunt on this – if a wildcat referendum did occur, would a Hunt-led Tory government rule out the state-sanctioned violence doled out by Spanish authorities and endorsed by the Spanish state? Will the order go out to drag voters from polling stations in Glasgow, Edinburgh, Stirling, Dundee – and if so, as Police Scotland might ask themselves, who precisely is going to do it? Interesting questions, but ones which will almost certainly remain academic.

So that leaves the question of a majority. Put aside, for a moment, the hypocrisy of Hunt talking of majorities when the current UK Government does not actually have one, despite operating from a legislature where – thanks to the eccentricities of FPTP – they are theoretically easier to come by. Independence, as some in the SNP occasionally need reminded, is not proprietary to any single party. Hunt’s blithe erasure of the Scottish Greens, or indeed any other minority party that might collectively deliver a pro-indy majority in 2021, won’t wash. It is unlikely to satisfy the unionist diehards within the Tories, who want to see independence crumble and fail as both an aspiration and a movement, not merely stonewalled by selective interpretation, and it certainly won’t satisfy the SNP, the Greens, and anyone else who can count the number of MSPs who have identified themselves as pro-independence.

Furthermore, as Hunt knows, the electoral system under which the Scottish Parliament operates was intended to make outright majorities all but impossible. It is worth remembering just what a shock the SNP’s 2011 victory was – arguably more so than their initial win in 2007 – because this simply was not supposed to happen. Hunt’s test demands that lightning strike twice.

Of course, it’s possible this too will backfire on him. If Hunt’s tests were to become the official position of the UK Government, the SNP could benefit from the focus of mind such a challenge would bring to the independence movement, and achieve precisely what Hunt believes they cannot. However, other than such an outcome being an enormous gamble, this kind of thinking should be avoided. Scotland’s electoral system was intended to provide greater and more accurate representation of the political spectrum in the nation’s parliament; engineered circumstances which demand minority parties be abandoned by those who believe in them run contrary to Scottish democracy.

For the independence movement, the concern is more immediate; Hunt’s tests should be rejected – along with every other strategy on Scotland proposed by his bloviating rivals – because they allow a Conservative to set the terms going forward. No one should need it explained why this would be a bad idea. Nicola Sturgeon, responding on social media, needed no reminding of this: “The Scottish people will decide Scotland’s future, no-one else.”

What the first minister is prepared to do to defend that right to decide is, as yet, unknown.