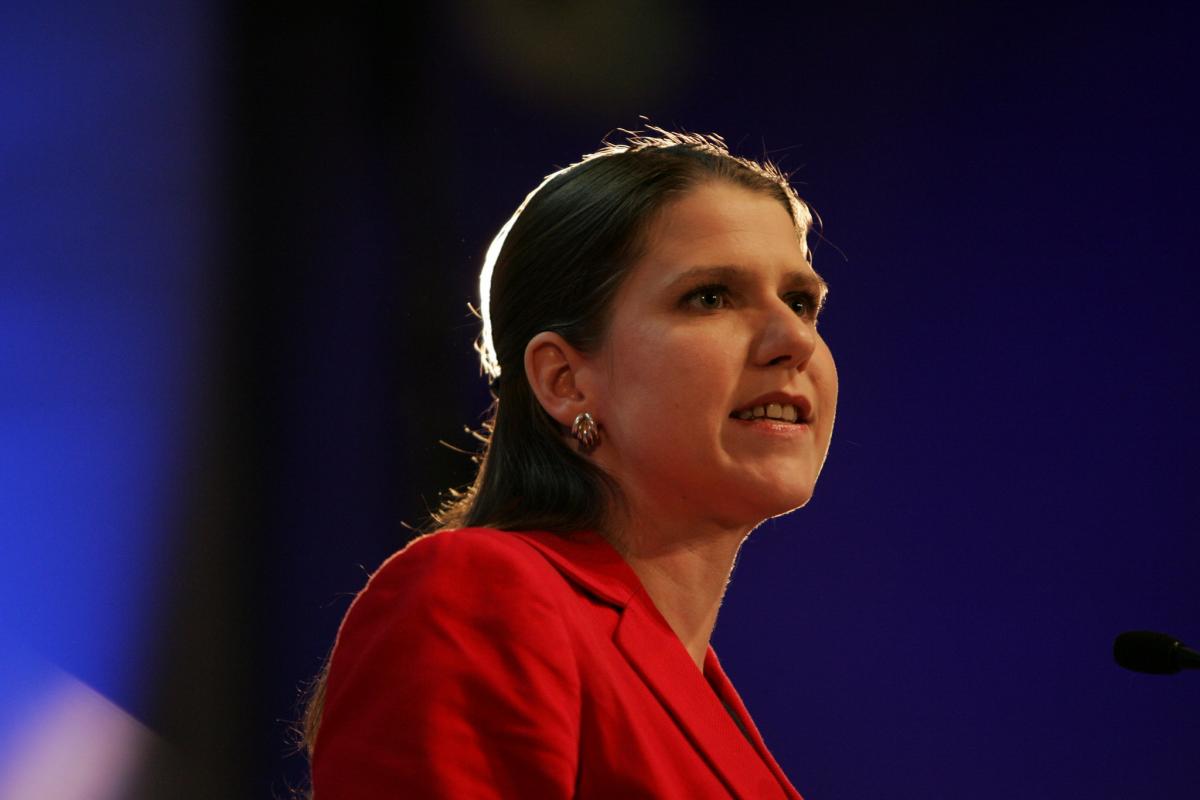 YOU’D think to listen to Jo Swinson’s victory speech as new leader of the Liberal Democrats, that everything was fair in the land until the uncouth multitude made its presence known.

Speaking on Tuesday (22 July), Swinson took aim at social movements. Most of all, she burnished her ‘anti-populist’ credentials with attacks on the Scottish independence movement.

Her messaging was clear. Swinson and the Lib Dems are the party of order who will put an end to the referendum-fuelled chaos of recent years, and put business interests firmly back in charge of the political agenda.

Against the “harsh, hostile” people

Swinson told the assembled press and party activists about the evils of the age, which she characterised as a “mob” mentality which has hijacked politics on the UK in recent years.

“Twitter trolls, fake news, demonising journalists – we saw it in Scotland first,” Swinson said. “And since then, that harsh, hostile politics has become the new normal.”

Swinson’s pitch is that she has deep experience of this phenomenon and, crucially, of defeating it. Her wager is that a general front of order can be established against all ‘disruptive’ political forces. Complaints from independence supporters that they are among the reasoned and sensible social element, and should not be parcelled with the likes of Brexit voters, miss the point. From the point of view of the wealthy and powerful social elements the Liberal Democrats seek to represent, all disruption, from political forces of whatever hew or inclination, are undesirable.

But this orientation points to a wider failing of analysis on the part of Swinson and her co-thinkers. Her politics have suffered a consistent loss of support in recent years. The Lib Dems are riding in the twenties in many polls – but this is largely a symptom of the Brexit crisis, in which the Lib Dems are the the most obsessively pro-Remain party on a UK wide basis.

The Liberal Democrats want to pitch themselves as insurgents against Brexit, Scottish Independence and Corbyn.

Their problem is that Swinson and her colleagues were in power as recently as 2015, and her record in office is widely known.

Like everyone in the Tory Lib Dem coailition from 2010 , Swinson knew that the banks had sunk Britain into recession and debt.

But in a bid to protect the wealthiest, she blamed the poorest. Swinson voted to impose the Bedroom Tax, to cut benefits for the sick and disabled and supported a bonfire of public services.

The human suffering created by these policies was immense. Between 2010 and 2015 the number of emergency food parcels delivered by the Trussel Trust rose from 40,000 a year to 1.1 million per year.

In the first year of the coalition government, bankers rewarded themselves with billions of pounds in bonuses for wrecking the economy. Swinson’s Lib Dem coalition colleague, Lord Oakshott, quit his government post in protest at the refusal to regulate the financial sector.

But Swinson was as loyal to the government and its austerity project as they come, and kept on voting for government bills for the duration.

Indeed, even after leaving office Swinson said she was “proud” of the Lib Dem record in office, and described the austerity agenda as “necessary at the time”. So proud, that she has refused to rule out a future coalition government as a junior partner to Boris Johnson’s Conservatives, even as she rules out the idea of a coalition with Labour.

No democratic politics without rupture

It was inevitable that as the cohesion of the British regime began to dissolve in the decade following the 2008 crisis, a concerted political tendency would emerge to demand its re-cohesion and the rejection of popular involvement in the new political landscape.

In Britain that has taken a specific form. The British state has suffered from a decline of central state authority and the rise of national movements from Scotland to England and Northern Ireland.

Swinson’s response to the crisis, however, is not to respond to public anger about inequality and the democratic deficit. It is to bitterly complain about the character of mass politics and to set about feverishly reducing its scope of expression.

Referenda are bad – except when it is a referendum to end all referenda, as is the case with a People’s Vote.

Needless to say, this also means no fresh debates about independence in Scotland. Swinson has indicated she does not think Scotland should have a second referendum, even under circumstances where parties demanding one form a majority in the Scottish Parliament again in 2021. This would mark a clear diminution in the democratic character of Scottish and British society, by the most clear and formal measure.

But Swinson’s comments reach far wider. She is also calling for a renewed public attitude towards two groups of elite social actors above all else. Politicians and the media, the traditional gatekeepers of British democracy in decades gone by, are to be accorded a new respect – hence the bitter references to social media, attacks on the press and so on.

And it is curious who Swinson seeks to build this new, moderate alliance alongside: she has been willing to countenance a pro-People’s Vote with the SNP in Scotland, citing a by-election in Wales where the Greens and Plaid Cymru had agreed to stand aside to give the Lib Dems the best chance of defeating the Tories in that seat. Meanwhile, supporting a Jeremy-Corbyn led Labour government has been ruled off limits, but Swinson has not ruled out another coalition with the Tories altogether. It’s clear that Swinson is willing to work with others to re-establish order, but of course that means without the left and without the prospect of another independence referendum.

But even self-styled moderates must confess to themselves; the decline of deference in British society, and the faltering character of its institutions, is unlikely to be easily halted by those who have presented the worst excesses of the establishment.