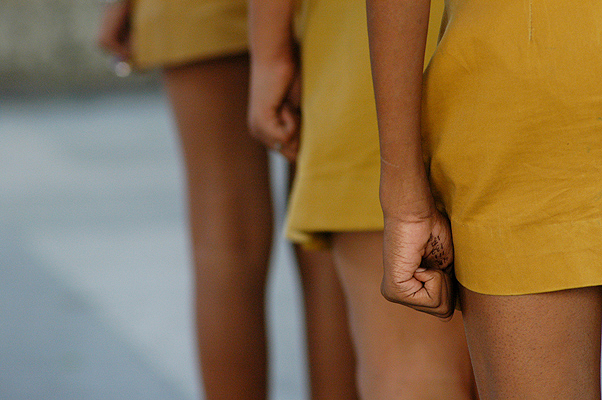 CommonSpace looks at the Swedish origins of John McDonnell’s new proposal for an ownership fund for workers, and what we can learn from that experience

The Inclusive Ownership Fund would be an employee share ownership fund in UK companies over 250 people, where owners would pay some of their profits into the fund, increasing workers’ ownership of the company over time.

“What this will ensure is that in large companies, in addition to rewarding workers with wages, they will reward them with shares that will go into a pool that will allow them to have an ownership role,” McDonnell said.

The idea could potentially have radical implications, and certainly has radical intellectual origins. However, it will not be introduced without an almighty fight with the present owners of UK big business.

It was articulated in a New Economics Foundation paper on co-operativisation, and CommonSpace understands this paper to be the specific origins for McDonnell’s announcement.

The NEF paper said the Inclusive Ownership Fund could be thought of as a ‘John Lewis law’, after the employee-owned business, and would work through the steady progression of employee ownership over time.

So the end point of the IOF is employee ownership of all UK companies, and if you think that is an attempt to create a socialist economy you’ld be right.

The originator of the concept of IOF is a Swedish economist named Rudolf Meidner, who’s ‘Meidner plan’ explains a lot about the development and subsequent break-down of the Nordic Model, a social democratic system which sought to balance the demands of capital and labour through a strong welfare state and centralised collective bargaining rights.

By the 1960’s, the Social Democratic Party was managing the Swedish economy under what became known as the Rehn-Meidner model, a macroeconomic approach named after Meidner and fellow economist Gösta Rehn. The Rehn-Meidner model was based on full employment and equality: full employment was achieved through active labour market policies and state interventions in the economy (Sweden still has one of the largest levels of public spending as a % of GDP), and equality was achieved through utilising centralised collective bargaining to reduce wage differentials between workers, and to ensure that workers were paid well regardless of whether the firm they worked for was profitable.

The idea behind this policy, known as ‘solidarity in wages’, was that by restraining wage demands among the most powerful sections of the labour movement to no more than increases in productivity, rampant inflation could be prevented. ‘Solidarity in wages’ was hugely successful in raising the wages of low-waged workers (which at that time was disproportionately women who had recently entered the Swedish workforce in huge numbers), increasing equality and maintaining full employment, while all the time keeping inflation low. The Rehn-Meidner model goes a long way to explaining why the total share of income of the top 1 per cent in Sweden in 1980 was 4 per cent and had only risen to 7 per cent by 2015, while the respective figures for the UK are 6 per cent in 1980 and 15 per cent today.

However, the Rehn-Meidner model left capital in private hands. Sweden remains one of the economies in Europe with the largest private ownership, at 90 per cent. The effect of this, when combined with the solidarity in wages policy, was that for firms that were unproductive and unprofitable, the rising wages led to redundancies. This was accounted for by a generous welfare system and an interventionist fiscal policy which ensured redundant workers got back to work in more productive employment quickly. For firms that were productive and successful, the wage restraint of the solidarity in wages policy meant high profits. These profits increased the power of the owners (allowing them to further monopolise capital) and the wealth of the shareholders, but labour – which could have pushed for higher wages but didn’t out of commitment to the solidarity policy – did not benefit.

READ MORE: “Developing a vision of what you want”: George Lakey on the Nordic model

Meidner, who worked as an economist for the main trade union federation, had an ambitious plan to address this problem: wage-earner funds. Excess profits that successful firms earned (in part due to the modesty of wage claims) would be put into a fund run by workers and transferred into share ownership (a small section of the fund would be ring-fenced for education in worker management). The more successful the company was, the more excess profits would be transferred into worker ownership. Over time workers would eventually gain a majority stake.

Meidner’s wage-earner fund was never introduced in full, as a successful backlash by the capitalist class forced the Social Democratic Party into watering-down the proposal until it was introduced in 1983 as “a pathetic rat”, according to Meidner.

The hegemony of the Rehn-Meidner model began to be eroded following the failure of the Meidner Plan, and was further degraded as the Nordic economies have been internationalised and partially integrated into the EU (capital controls were important to the Rehn-Meidner model). Meidner (who wrote this article about the experience in 1993) reflected on that time by saying “it could be that in these few decades Sweden came closer to the ideal of a classless society than any other country”.

What can McDonnell take from the failed attempt to introduce powerful wage-earner funds in Sweden?

There is some substantial differences in the history and present of the UK economy to that of Sweden which would not allow such a model to be repeated. The wage-earner fund proposal was underpinned by strong trade unions with centralised collective bargaining, which meant wage rises could be aligned to productivity increases. There is next to no chance of an approach to collective bargaining based on centralised co-operation between employers and trade unions given the weakness of the unions in the UK compared to Sweden. Holding back wage claims to no greater than productivity rises is unlikely to be relevant to most workplaces when, according to the Bank of England, workers currently gain on average only one-fifth of productivity improvements in increased incomes.

On the otherhand, skimming funds off the top of strong profit returns should not be a financial problem for big UK corporations, almost none of which can claim to be on the verge of going under due to excessive wage demands. Since McDonnell’s proposal would be universal for UK corporations, they can hardly claim that it will put them at a competitive disadvantage.

The Meidner Plan failed due to lack of political will, at a moment when much of the western world were turning their backs on Keynesian macroeconomic policies for Monetarism (the forerunner to neoliberalism). It is the neoliberal model that has failed now, with even think-tank’s like the Institute for Public Policy Research calling for an “economic revolution”. McDonnell is rooted in a socialist tradition where the idea of worker control is deeply embedded. It could be a case of the right idea, for the right time in history, implemented by the right Chancellor.

But McDonnell will face substantial opposition, first from within his own backbenches, then from the opposition and the media, and most importantly from British capital, whose CEO’s are unlikely to sit back and watch a gradual transition to socialism happen in the bowls of the companies they run. The gradualism inherent to the policy could be one of its weaknesses as it gives ample time for enemies of the Inclusive Ownership Fund to undermine it. History tells us one of those is likely to be the apparatus of the UK state itself, no matter who the Chancellor is. A grassroots movement committed to workers’ control would be needed to defend the policy on a permanent, lasting basis.

It’s also not exactly clear McDonnell has the ambition of the Meidner Plan in mind, with The report in the Guardian stating that it’s possible the fully-fleshed policy will only propose companies to “have strong incentives” for establishing the Funds, so not necessarily mandatory.

Nonetheless the very fact there is a discussion about employees having greater control over the companies they produce the profits for should be welcomed. The fact that socialism – gradual or otherwise – is back on the political agenda is a step forward in the UK’s economic debate, dominated as it has been by the assumption that business run as shareholder dictatorship’s is inherently more virtuous than business run as worker democracy’s.