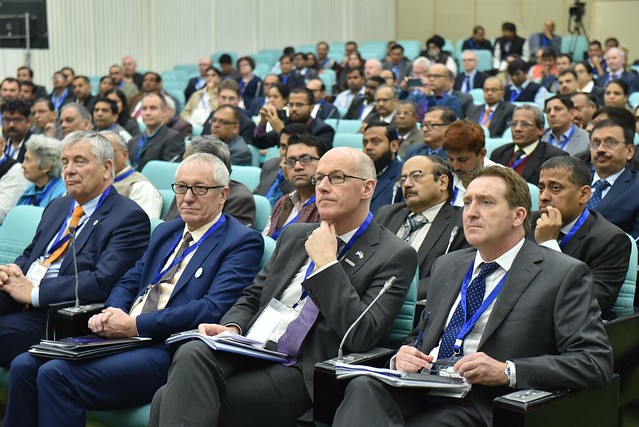 The Scottish Government appears to have given up on providing educational resources on Israel-Palestine for Scotland’s schools. In that failure of leadership the buck stops with the Education Secretary, Ben Wray finds.

IT’S four years and two months exactly since CommonSpace reported on educational material being used at a school in North Lanarkshire caricaturing Palestinians as separatist terrorists.

As racist as it was ignorant, the homework assignment titled “case study: separatists” asked pupils to give two reasons why “Palestinians feel they have the RIGHT to use terrorism against Israelis”.

Aliyah Shafiq posted a copy of it on Facebook and wrote: “How is my little sister being made to answer questions like this for her homework?

A North Lanarkshire Council told CommonSpace it was likely that the materials had been used in schools across the local authority. The school rightfully apologised and the materials were removed by the Council.

The unsavoury episode sparked a government working group which met in June 2015 to “scope out” appropriate educational materials to produce which all teachers could access. Four years on, CommonSpace has today revealed that Education Scotland has all but given up on that work, handing it over to teaching union EIS to host the materials. EIS “hope” that there will be a link from the teacher intranet system GLOW to the materials, so teachers can readily access them.

What happened in the four years in-between is a long story, which CommonSpace has documented in some detail here. But it can be boiled down to this: concerted lobbying campaign by Jewish and pro-Israeli groups has won out over the expert advice of academics and the support of teachers, parents and pupils, which was overwhelmingly in favour of the materials.

Let’s remember that the decision to not have the materials on GLOW was not one that the Scottish Government has been weighing up for four years and suddenly decided against. The materials had been quality approved and were on GLOW in March 2017. Education Secretary John Swinney then removed them following a meeting with Scottish Council of Jewish Communities, and set-up a review into producing new materials. Even after calling a halt to the work of that review in August 2018, the Scottish Government told CommonSpace in October of that year that they believed it was “important” schools had access to the materials. But the Scottish Government’s response today suggests they are satisfied with the resources being hosted by a union, rather than a resource for teachers to access alongside and on parity with all the other teaching resources on GLOW.

It’s difficult to see that timeline of climbdown upon climbdown as anything other than a failure of leadership. No one is saying that this was ever going to be easy, and it is perfectly reasonable that attempts to find consensus on a contentious issue of this nature would be made. But if consensus cannot be found – and that was always unlikely when, for instance, Scottish Friends of Israel said in one government consultation response that it was “impossible to achieve a balanced exploration” of Israel-Palestine – then surely the advice of educational experts must take primacy.

Four years on, one can see why groups which were asked in June 2015 to be involved in this process would be beyond fed up now. Scottish Friends of Palestine, one of the groups to be involved since the beginning, understandably feel let down. And it raises serious questions for the Education Secretary:

As an SNP, Labour and Green MSP said in their joint-statement to CommonSpace, the outcome of this fiasco is “wholly unacceptable”. Ultimately, it will be Scotland’s school students who will pay the price for that.