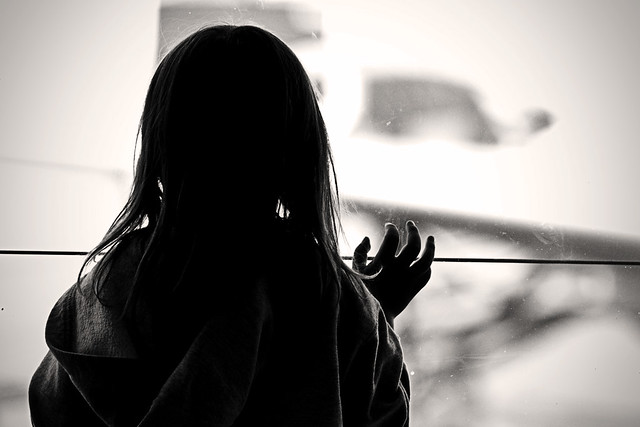 The money saved from not going ahead with an air tax cut is about equivalent to the money to be spent on a “game-changer” in tackling child poverty – making progressive choices matters, Ben Wray finds

THE announcement of the Scottish Government’s new child benefit, the Scottish Child Payment, is a significant move. With child poverty on the rise, anti-poverty campaigners have been calling for more to be done to get cash into the hands of parents struggling with the rising cost of rents and bills while their wages stagnate. The SCP will help with that.

From 2021, families with children aged six or under will be able to apply for £10 per week per child, with no cap on the number of children. This will then be extended to all children under-16 by 2023. When it’s fully implemented, it is expected to cost £180 million and reduce the relative child poverty rate by 3 per cent, taking 30,000 children out of poverty.

The policy has been brought forward one year and Communities Secretary Aileen Campbell said that it “stands to be one of the most-progressive policy proposals put forward since devolution”. John Dickie of the Child Poverty Action Group Scotland described it as “an absolute game changer in the fight to end child poverty”. But would it have been possible if the Scottish Government preceded with previous plans for tax cuts?

In 2017, the Scottish Government passed the Air Departure Tax, which sought to cut Air Passenger Duty by 50 per cent, before scrapping it completely. It was supposed to replace APD in April 2018, but was delayed due to concerns over the impact of providing subsidies for flights to the Highlands and Islands on state aid rules. After being delayed again for the same reason in April 2019, the Scottish Government announced it would not go ahead with the tax cut in May of this year due to renewed urgency in lowering carbon emissions, signalled by the First Minister’s announcement of a Climate Emergency in April.

If the 50 per cent tax cut had went ahead, Scottish Government revenue could have already been reduced to the tune of around £137.5 million in 2018/19, as the GERS report for that year found income from Air Passenger Duty was £275 million. A similar amount, or probably slightly more, would have been lost in this year’s 2019/20 budget, as APD has continued to rise year on year since 2008/09, and is expected by the OBR to continue to do so (see graph below).

The argument has been made by the aviation industry that the increased economic activity at airports from lower air tax would boost government coffers in Scotland, but the evidence of an economic boost is sketchy at best, and has only ever been justified by two reports sponsored by the aviation lobby, neither of which accounted for lost domestic tourism for increased flights abroad, as Craig Dalzell of Common Weal uncovered in a 2016 report. And if corporate profits were to be boosted by the tax cut, corporation tax is UK Government controlled, so it’d be the UK Treasury which would see the revenue benefit.

In fact, the figure for new spending on the Scottish Child Payment (£180 million in 2023/24) when fully operational is in the same ball-park as the figure saved from the decision to scrap plans to cut air tax (£137.5 million for 2017/18, but rising every year). A proven measure to tackle child poverty, or a lobbyist-inspired punt to line the pockets of airports and aviation firms? In hindsight it was remarkable that this was even a question. The redistributive impact of the SCD will be to lower inequality, while the redistributive impact of the air tax cut would have been to increase it.

The lesson should be that making progressive choices is both popular and right. There are many others that could be made on tax and spend – scrapping the unfair and dated Council Tax for a property and land based tax that would raise more money, be based more on ability to pay and reduce wealth inequality is one obvious example. The Scottish Government has set a legal requirement to end relative child poverty by 2030 – with one in four kids still in poverty, they still have a lot of progressive choices to be made if they are getting close to that goal.