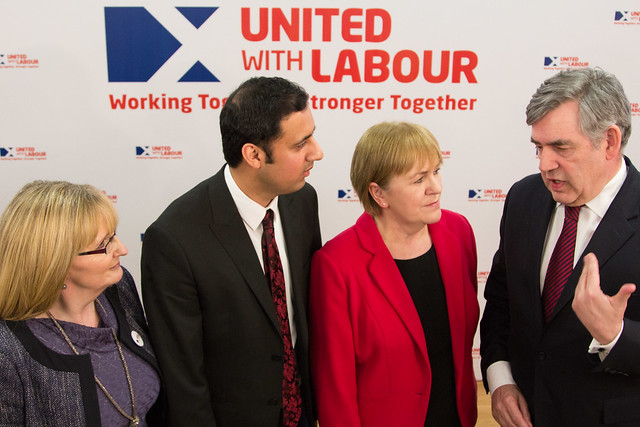 SCOTTISH LABOUR leader Richard Leonard spoke to the annual congress of the Scottish Trades Union Congress on Monday [15 April] in Dundee, and brought the party into line with long-standing STUC policy on employment law

Leonard said: “We will protect and strengthen workers’ rights by seeking the devolution of employment law in which we will set a pre-Brexit floor to ensure that workers in Scotland are not caught up in a race to the bottom.”

That mention of race to the bottom brought to mind the Smith Commission, which was established by the UK Government and involved all of the main Scottish parties – including SNP and the Greens – to work out a new devolution package, and used the same phrase.

The Smith Commission rejected the devolution of employment law, saying at the time that it could lead to a “race to the bottom on worker protection, potentially resulting in the reversal of great advances for workers’ rights”.

READ MORE: Richard Leonard sets out vision for free bus travel for all in conference speech

What’s interesting is that – although it was never stated publicly – Scottish Labour were at that time, in the months following the 2014 referendum, dead set against the devolution of employment law.

Scottish Greens co-convenor Maggie Chapman, who sat on the Commission for the Greens, told CommonSpace almost exactly four years ago, a few short months after the commission ended: “I remember one of our conversations very clearly about employment law. We were arguing for the devolution of employment law to get rid of the anti-trade union legislation that Thatcher brought in, and the Labour party turned round and just said ‘no’.

“They said they had been talking to the TUC, and at that point it became quite clear to me: that they were locating themselves first and foremost in the UK, in the UK Labour party and in the UK context, rather than standing with Scottish trade unions and Scottish workers. Because, of course, the STUC’s position was very different: they were for the devolution of employment law. I think that’s a fairly damning indictment of where the Labour party in Scotland sees itself.”

Remember, the Smith Commission period overlapped with the resignation of Johann Lamont as Scottish Labour leader, infamously stating on her way out that the Scottish party was merely “a branch office”, a line which the SNP would then repeat ad nauseam in the years following.

Two leaders later, Leonard has now decided that he prefers the STUC’s policy to that of the TUC, though he still feels the need to couch the policy shift in a ‘no race to the bottom’ clause. (Though what that means in legislative terms isn’t clear – it wouldn’t be possible to tie the hands of a future Scottish Government by restricting employment law policy choices to pre-Brexit Britain or better.)

The negative framing of Scottish Labour’s new position perhaps reflects where the party is at under Leonard’s leadership: accepting the need to take the constitutional politics of Scotland seriously if the party is ever going to make a comeback here, but doing so begrudgingly.

The former GMB official rarely gives the impression of appearing passionate about devolution, and sometimes appears to see his job as to hype up the possibility of Labour winning a General Election as much as possible, rather than fight for Scottish Labour to win a Scottish election.

But he and the party have had to learn the hard way that being the messengers of Jeremy Corbyn in Scotland is not a route to electoral success, nor is it even a means to apply pressure on the SNP. Leonard has faced a tough time at First Minister’s Questions, repeatedly pressuring Nicola Sturgeon on issues she doesn’t have power over, and getting the question continually put back to him: ‘why don’t we join together and call for the devolution of X powers from Westminster to Holyrood?’

His inability to respond to this is understandable in a sense (he can’t be expected to have a fully fledged manifesto in place for 2021 years in advance) but it is also a profound weakness for the Scottish party, who find it almost impossible to deliver a blow to Sturgeon on issues as important as social security and the minimum wage due to Scottish Labour’s lack of a policy on the constitution.

But it does raise the perennial question for the party once again: if you support the devolution of employment law, then why not social security? If you back social security to be devolved, then why not the minimum wage? And so on and so forth. It’s difficult to argue for the progressive character of one of these measures being devolved without the logical conclusion being that the others should be devolved as well. If there is a rational method to Scottish Labour’s devolution picks – and not just political opportunism – it would be good to hear it.

This inevitably brings us back to the elusive federalism, that notion that Labour likes to float when its convenient, but never develop even anything like a skeletal policy out of because they know that they can’t find one which would be desirable. But even if a magical, mystical federal Britain were to appear, the question would still arise: why do you want powers over most things devolved, but not those which would allow Scotland to get rid of weapons of mass destruction? The logic of a consistent and progressive devolutionist surely ends up with independence.