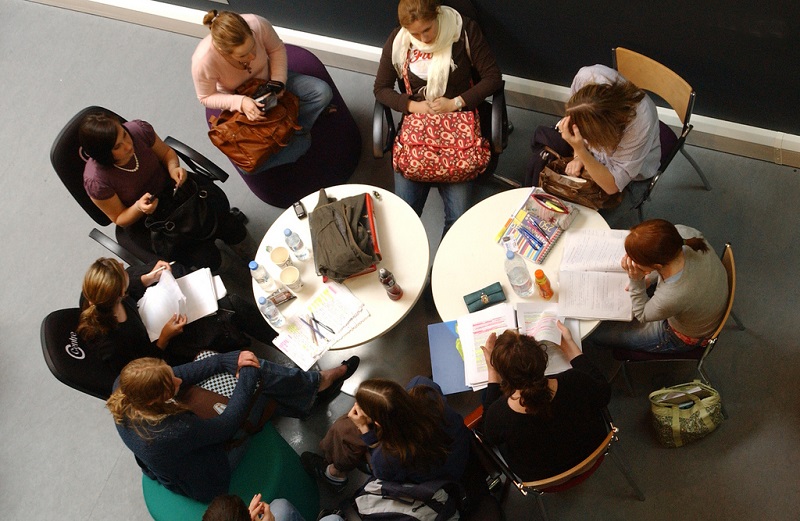 FOR THE first time in a decade, applications from 18-year-olds from the poorest areas of Scotland fell and the inequality gap between the poorest and most affluent students applying to university grew from its record low of 2.9 per cent in January 2017, data from the Universities and Colleges Admissions Service (Ucas) has shown.

Using the Scottish Index of Multiple Deprivation (SIMD), UCAS figures show that application rates from 18-year-olds living in disadvantaged areas in Scotland decreased in 2018 to 16.7 per cent.

Reporting every four years, SIMD ranks small geographical areas in Scotland based on their relative level of deprivation, using measures such as health, crime and employment. Areas such as Ferguslie Park in Paisley and Greenock in Inverclyde are consistently named within the top five per cent of the most deprived areas in Scotland.

Some commentators suggested statistical changes in the SIMD ranking system could account for the decrease, but Ucas later ruled this out. Another posssibility raised was that around one third of applications to higher education study in Scotland are processed through UCAS, with students who choose to undertake degree level study at college applying directly through the institution.

Speaking to Commonspace after the publication of the Ucas report, Edinburgh University researcher and former Head of Higher Education at the Scottish Government, Lucy Hunter-Blackburn, said that the year-on-year figures, although deserving of attention, are less important than trends over longer periods of time: “The government has made a rod for its own back by placing so much emphasis in the past on year to year changes.

“The fall in application rates at 18 from SIMD1, and the even larger proportionate fall for those in SIMD2,  obviously deserve attention, but it’s the trend over time which needs watching most, rather than any single year, and the absolute numbers are revealing, too.

“The five per cent rise in applicants from SIMD1 areas between 2014 and 2017 was only 100 people. This is a slow, difficult process”

“We also can’t lose sight of the fact that just getting young people in the door is never enough in itself.” Jodie Waite, NUS Scotland

A Scottish Government source told Commonspace widening access continued to be an “absolute priority” for the government and said there had to be an alignment of widening access activity, but that the “clock was ticking” to ensure students from all backgrounds can not only get to university but are supported to complete their studies.

NUS Scotland Vice President Jodie Waite said the drop was “deeply concerning” but highlighted the work institutions need to do beyond getting students in the door: “The Scottish Government has, rightly, made widening access a priority. But we know that some institutions just aren’t pulling their weight. That needs to change.

“We need to see concerted action – from all institutions – to boost admissions from those from poorer backgrounds.

“We also can’t lose sight of the fact that just getting young people in the door is never enough in itself. We must ensure they have the support they need to remain and succeed, once they get there.

“Universities must do all they can to promote the opportunities available for learners from our most deprived backgrounds.” SNP MSP Shirley-Anne Sommerville

“We know that the current system of student support is broken – forcing the poorest higher education students into the most debt, and giving further education students no guarantee of support. That’s why, as part of this budget, we’re calling on the Scottish Government to commit substantial new investment to deliver a world-class financial support system to match our world-class education system.”

Further and higher education minister Shirley-Anne Sommerville said Scotland had “bucked the UK trend” by increasing the total number of university applications: “While it is good to see Scotland’s universities outperforming those across the UK, it is also vitally important that we continue to drive forward our ambition to widen access to university for people from our most deprived communities.

“Universities must do all they can to promote the opportunities available for learners from our most deprived backgrounds and to make them aware where there is still a chance to apply before the 30 June deadline.

“It is equally important that universities push ahead with the implementation of minimum entry thresholds so that the potential of those who do apply is recognised fairly within the application process.”