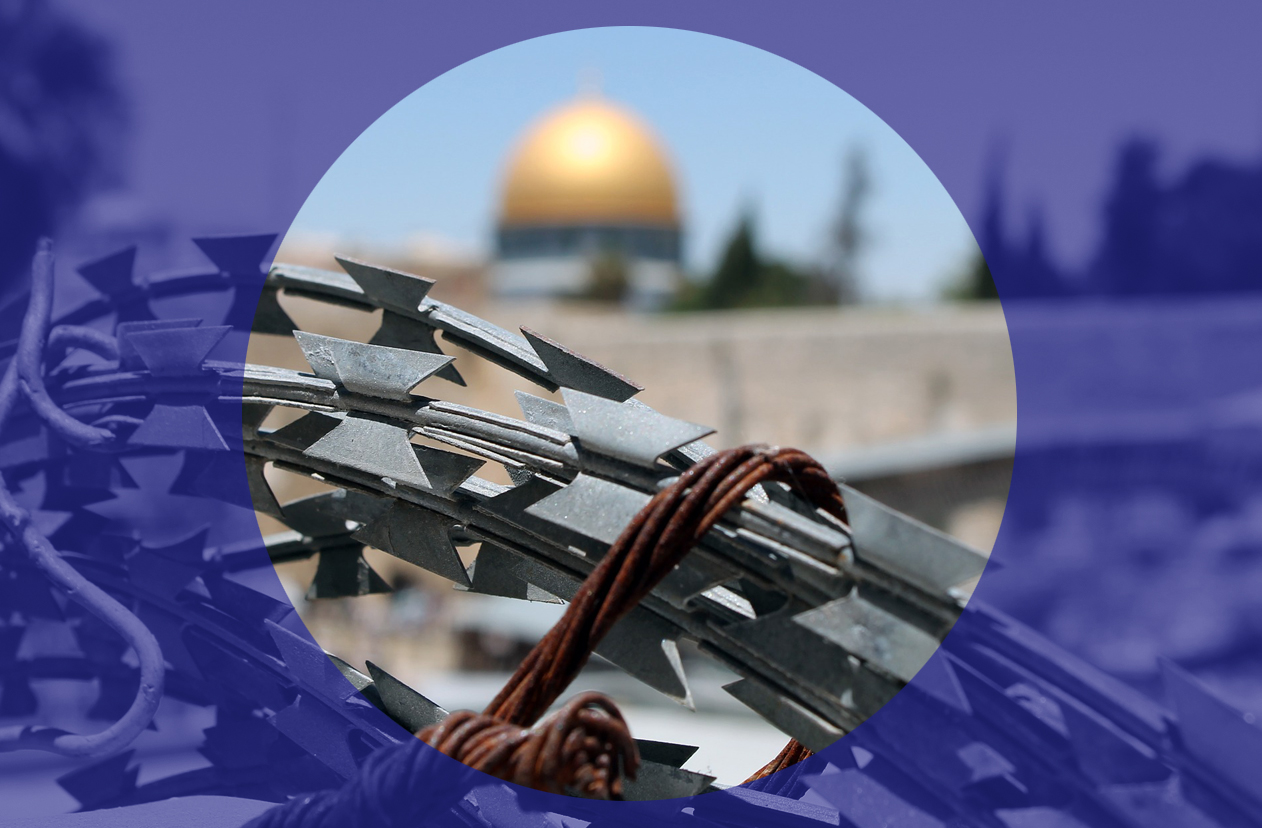 “The Israeli state intends to continue the attack on Palestinian rights and sovereignty because it wants to and because it can. The Palestinians’ only allies in the world will be those for whom this is no justification at all.”

NEWS CYCLES have learned to accommodate the now routine assaults on Palestinian populations.

In the twenty years since the Second Intifada in 2000, major assaults in the Gaza strip have taken place at a rate of more than one a year. The area of land controlled by Palestinians since their ethnic cleansing from their ancestral homes in the 1948 Nakba has shrunk in every decade.

No ‘war’ looks like this, with whole generations being birthed, growing, living and dying in consistently deteriorating conditions, with fewer rights than each preceding generation, subject to more state violence and control. This is a process that Israeli historian Professor Ilan Pappé calls “incremental genocide”.

The logic of the colonial-settler state, whose object is to subjugate, atomise and displace the Palestinian nation, has arrived at its most audacious act in many years: from Wednesday 1 July, the current hard-right Israeli government will initiate a massive annexation of Palestinian land in the West Bank. The land grab will extend into the fertile Jordan Valley, cover over 250 existing and illegal Israeli settlements and enclose around 4.5 per cent of the approximately three million Palestinians in the West Bank.

The assault is also expected to deliver the final knock-out blow to the idea of a peace process as it is currently understood, consistently alluded to but barely extant since the Oslo Accords in 1993. The language of ‘peace’ and ‘solution’ is giving way to naked supremacism and fait accompli.

The road to annexation

The immediate context of the latest offensive is important, but the road to annexation reaches all the way back to Oslo and beyond; the phoney peace agreed there allowed Israel to continue its corrosion of Palestinian civic, democratic, economic and social life. Though it created a Palestinian Authority tasked with strictly limited self-government in parts of the West Bank and Gaza, its real effect was to palm repression onto leading Palestinian factions, creating civil conflict within the Palestinian camp.

Meanwhile, the Israeli state got on with besieging Gaza, engineering Jerusalem as its capital by expunging the Palestinian population, designating Israel an apartheid state and legally constituting second-class status for non-Jewish citizens, and constructing settlements. Palestinians have long protested that the vast settlement construction was a wedge to further the break-up of the Palestinian nation and foreclose any path to Palestinian statehood. The planned annexation is a clear vindication of this argument.

The immediate context of the annexation is the lurch to the extreme right in Israeli politics, and the ascendancy of President Trump in the US. His coalition is fanatically pro-Israel, owing in part to its dependence on rightwing Evangelist movements who see advancing the colonial-settler state as a religious duty. Trump has backed Israeli Premier Benjamin Netanyahu on every front, particularly with his ‘Plan of the Century’ of 2019 which officially dismantled the already practically dead Oslo settlement.

As with so many other areas of foreign policy, European allies have viewed Trump’s approach as an unnecessary bothering of the apple cart. For more than a quarter of a century, governments around the world have ignored Israeli crimes on the basis that they were contributing to a non-existent peace process. But for Trump and Netanyahu, spectacle and shows of strength have repeatedly proven more valuable than maintaining the appearance of a liberal world order.

Of course, the planned annexation can only further destabilise the region. Arab governments will make the usual noises of protest for their own populations, but are largely onboard – contra the incessant Israeli state messaging about the difficulties of surviving in a ‘rough neighbourhood’. Israel’s Arab neighbours have been bought for decades by Israel’s backers in the US and Europe.

But the impact among the peoples of the region will be profound. Already, there have been mass demonstrations both by Palestinians and Israelis against the annexations. These matter, because the Israeli coalition government is already showing signs of fracture. The centrist Blue and White party is concerned about engaging in the operation while the country is still taking special measures over the Covid-19 pandemic.

The annexation will also have unpredictable impacts on the internal political life of the Palestinian people. The Palestinian Authority appears moribund in the face of radically worsening conditions. Hamas, in control of the Gaza strip, has already issued warnings of resistance and is positioning itself as an effective alternative leadership.

But beyond this existing division, new forces and developments will emerge from the Palestinian people, whose major initiatives in recent years, including the marches of return which saw clashes in Gaza, rely on independent initiative. With so many Palestinians caught in the annexation, and so much land being grabbed, resistance is inevitable.

The global impact will be to once again assert the impunity of Israeli action, no matter how illegal, destructive, or void of sound explanation or defence. Indeed, the explanations provided by advocates of the annexation – religious duty and Israeli geostrategic interests in the Jordan Valley – are void of the usual cant about Palestinian aggression.

This will be force majeure of the most brutal kind. The Israeli state intends to continue the attack on Palestinian rights and sovereignty because it wants to and because it can. The Palestinians’ only allies in the world will be those for whom this is no justification at all.