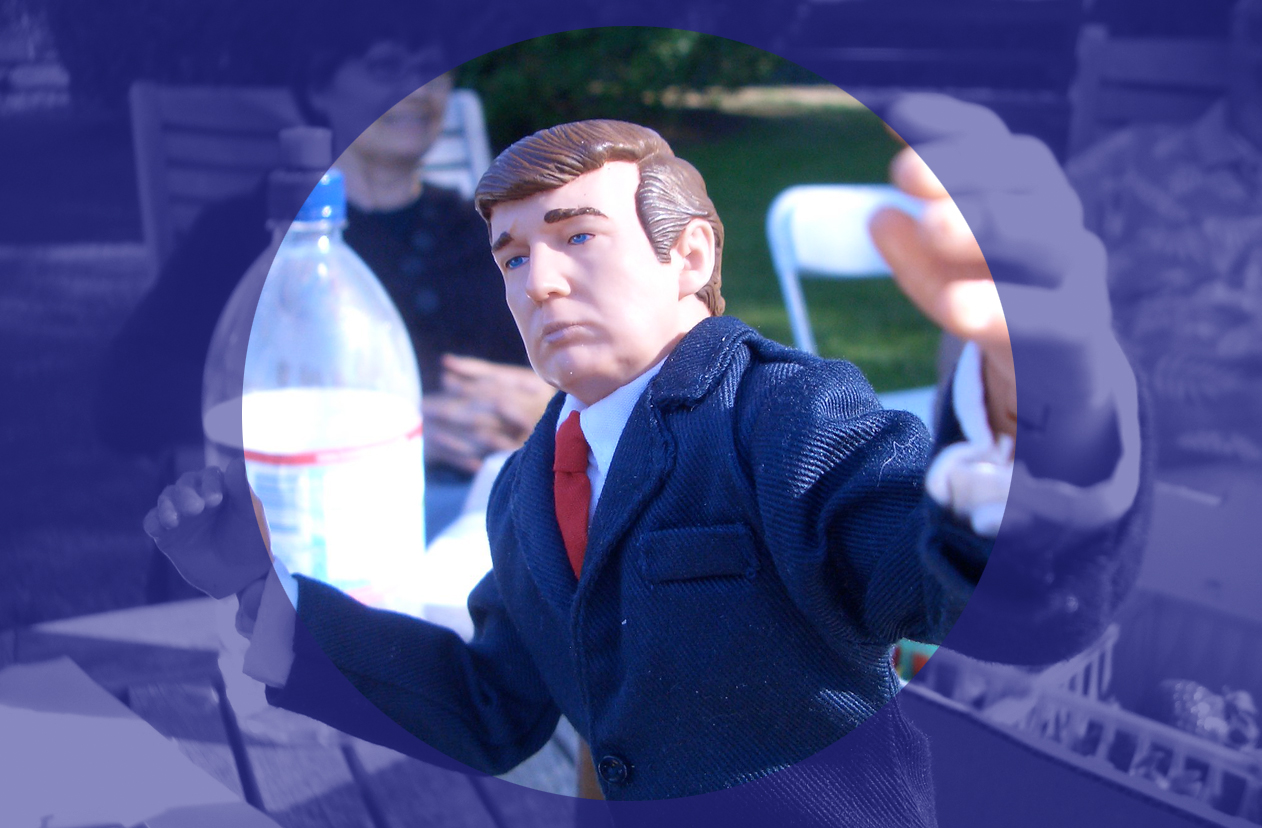 “Does Trumpism represent a political project independent from the overarching imperatives of American empire? The answer to this question is ‘no’.”

MANY heralded Trump’s 2016 victory is a brave new era for US and western politics.

In the cartoon formulation of his erstwhile special adviser Steve Bannon (like most in Trump’s orbit, eventually given the boot for cramping his leader’s ego) Trump is the world figurehead of a ‘populist-nationalist’ revolution, recasting politics and creating a new era of national vitality.

American Affairs, the intellectual salon for Trumpism, had similar hopes for Trump’s ability to reform the shambolic and fractured empire, at a time when its global hegemony had clearly entered crisis. Its leading thinkers have since drifted from the presidency, which proved (rather predictably) to be all show and rhetoric, with little follow-through.

Trump’s early cheerleaders were compounded by a vast network of transatlantic liberal punditry ready to believe the hype. All political norms and systems, they argued, were under threat, if not already functionally extinct. We were witnessing the instantaneous death of liberal democracy, rather than the performance of its contradictions in a long, painful mutation.

‘Trumpism’ is certainly real. Its aesthetic, its hardcore base, its world of ideas – many of them paranoid and regressive, others grimly jocular and strangely post-modern in their flippancy and irreverence. The charismatic leader and his movement, in other words the phenomenon of Trumpism, is very real and will likely have a future beyond the 2020 poll, regardless to the result.

But does it exist as a body of policy commitments and achievements? Is it a real programme for American reform, and further, one which could be exported elsewhere, as its enthusiasts claimed? In 2016 only speculation was possible. After most of his first four year term we can supply some answers.

Trump’s ‘America First’ economic agenda was his signature proposal for American reform. His obsession with China was the subject of jokes for his enemies, but in fact Trump simply announced loudly a real anxiety of the American ruling class – that it is losing its competitive edge to regional sub-powers, particularly the rising Asian force.

Trump argued that his predecessors had led the US to weaken against China, and that he would remedy this with a new regime of selective tariffs. Again, though this is often missed by his detractors, this was not a Trump original. Significant protectionist measures were mounted under President Obama to hem-in Chinese influence. The vogue for a certain kind of global ‘free trade’ had already fallen out of fashion by the time Trump came to office.

Consequently, he didn’t extend on Obama’s efforts very much. The US trade deficit with China has remained steady at around $31 billion.

China has continued to grow faster than the United States – its state sector alone now represents $30 trillion in assets and dwarfs the entire economies of many leading US allies, including the UK economy by more than a factor of five.

The big shift under Trump has occurred since the onset of the Covid-19 pandemic, with China – though it originated the strain – weathering the crisis far more effectively than the United States, which has seen a confused and conflict-addled response, with President turning on state governments in an attempt to drive back the very lockdown he imposed, and restart the economy. The result has been over 230 thousand deaths and a massive spike in job losses.

The trade war ended with a promise by China to purchase more US products. Nobody knows the value of that promise and in the end the policy “severely damaged the U.S. economy while failing to make significant progress in fundamentally resolving the structural imbalances of the U.S.-China trade relationship”.

Another pillar of ‘America First’, the repatriation of industries and jobs – paid for at enormous cost to US citizens through tax cuts for the wealthiest – produced few positive results, with more foreign investment under Obama. Of course, the rich used the cuts to pocket more money rather than systematically re-invest. Industries Trump hoped to pressure back to the US by trade war were more likely to relocate to other Asian economies or to Mexico.

The real source of US economic success in 2018-19 was a massive increase in liquidity. Dollars flooded into the system in a way that stimulated economic activity in the short run, but would have inevitably created problems further down the line. We never got to see how this practice would end, because of the arrival of Covid-19, which destroyed many of the jobs gains which had been secured. Trump’s friends can claim this wasn’t his fault – but an economic and social model that cannot survive global shocks is worth little.

Another key part of the platform for Trump was foreign policy. Trump campaigned in 2016 (and returned to this theme sporadically in 2020) as the candidate who would extricate the US from failed wars and foreign entanglements.

This was not anti-imperialism. Rather, Trump pitched his foreign policy as coherent with his ‘America First’ vision. It was nationalist and ‘paleoconservative’, portraying major foreign policy interventions as an unnecessary burden on the US.

Though there were differences of style with his predecessors, this did not translate to a true break with America’s longer trajectory of imperial adventure. Trump favoured short, sharp displays of martial violence rather than drawn-out wars of attrition. Such ‘spectacular imperialism’ would include the assassination of Irianian military leader Quasem Soleimani, and the dropping of a massive bomb on Afghanistan.

But Trump failed to end what he saw (or claimed to see) as US overreach. The war in Afghanistan dragged on, with the most bombs ever falling on Afghanistan in 2019, after 18 years of war. He also increased the number of US troops to the country, in direct contravention of his promises. Drone warfare also expanded under Trump.

Trump said he would withdraw some of the 200,000 droops the US has stationed all over the world – a key buttress of US global influence and a massive expenditure – to America. But as one expert says: “He has only moved the needle modestly in terms of global operations and deployments, as we remain everywhere that we were on January 20, 2017 when he took office.”

Trump is an erratic imperialist – but a commited one.

Finally, Trump promised a range of measures, which he variously claimed were for the protection of the US homeland, and which were delivered in an often inflammatory way.

He was all too true to a certain vision of how to deal with questions around immigration and race in the US. It is true that it was the Obama administration who first caged migrant children crossing the US southern border. The wall largely failed to materialise, just as it and various similar schemes have failed to arrive under previous administrations. The so-called ‘Muslim ban’ which blocked entry into the country from select Muslim majority nations was a policy carefully presented to exploit the fears of many of Trump’s supporters – and though an escalation in rhetoric, it runs in continuity with a range of policies since 9/11, such as the US Patriot Act, which too was designed to stigmatise Muslims. Black Lives Matter (BLM) emerged under Obama and became a focus of anger and fear for the right, yet it continued and grew under Trump.

Perhaps Trump’s largest departure (though not truly unique in US politics, given the history of political associations with the KKK) has been in his public signalling to far right and fascist subcultures – infamously calling the neo-Nazi demonstrators in Charlottesville “very fine people” and calling on the ‘western chauvinist’ Proud Boys group to “stand ready” in the event of his election defeat.

But can any of this be described as success, even on his own terms? BLM is a more powerful movement than ever, mobilising more and more people in wider and more confrontational coalitions. In 2020, the largest demonstrations were majority white – showing that the issue has generated a widespread appeal. If anything, Trump galvanized and energised anti-racism and exposed even more surely the profound cleavages in US political life, broadly to the detriment of more racialist and nationalist parts of the right, which appear relatively isolated and weak.

Far from securing his core support in a sense of white identity, Trump has caused more widespread paranoia and fear than ever. The tone of the US hard right in 2020, from Evangelists to nationalist subcultures is one of shrill terror. It has undermined Trump’s social coalition of 2016.

We could continue to examine a full suite of Trump’s activities and find much the same picture – symbolic victories (often enacted by executive powers) like the North Korean negotiations or moving the US embassy to Jerusalem, which have tended to do little but store up future conflagrations, wedded to a wider policy base which largely chimes with the interests of Republican aligned elements of the ruling elite. The signature ‘success’ of Trump’s administration would probably be his 2017 tax reforms, which benefited a thin layer at the top of US society and meant abandoning his promises to the vast majority.

The ultimate question, based on this entire record, might be framed as: does Trumpism represent a political project independent from the overarching imperatives of American empire? The answer to this question is ‘no’. And this matters, because it is the ultimate answer to all those on the right who wanted to claim the mantle of ‘the real opposition’ to economic orthodoxy, to elites and the ‘political class’.

This observation stands, whether Trump wins or loses. After an almost full term of office, the revolution failed to materialise. Trump’s promises to ‘middle America’ went unfulfilled. He continued to be an embarrassment to the US elite, but in all the ways that really mattered, he was their man.