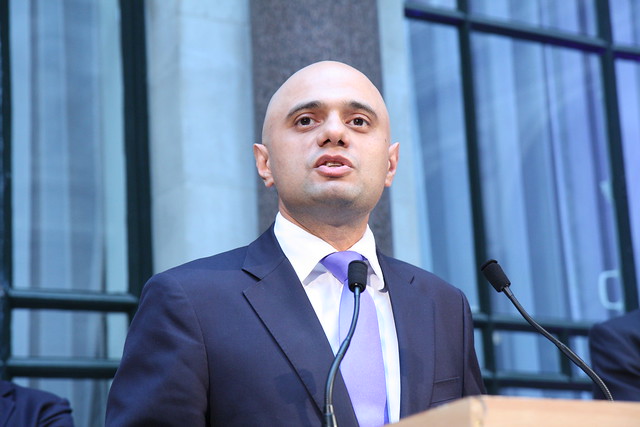 Sajid Javid’s Spending Review will never see the light of day with a General Election imminent – but it did expose the sham of the past nine years of Tory austerity, Ben Wray finds

POLITICS is moving so quickly that it is difficult to remember even the recent past. But we should try, because the rulebook created by the Conservative party post-financial crisis about public finances, the one they told us must be abided by or else the country would go down the tubes, has been ripped up by that very same party.

The new Chancellor, Sajid Javid, announced a 4.1 per cent increase in public spending (£13.8 billion), the biggest increase in spending in 15 years. With GDP growing at 1.5 per cent, and no new tax rises offered, that suggests the Chancellor is planning to run a substantial fiscal deficit, of around 3.6 per cent (presuming tax revenues rise with GDP growth). That’s the sort of deficit the last two Tory Chancellors told us was the height of fiscal irresponsibility.

So spending rises in no way cancel out the cuts that the Tories have inflicted over the past nine years. For example, Local Government has been one of the big ‘winners’ from the Spending Review with an increase well above inflation, but it’s lost 80 per cent of its budget since 2010. Javid’s increase barely puts a dent in that hole.

Javid said he was “turning the page on austerity”, but he also sought to rip out the pages which came before. After all, it wasn’t just that George Osborne did not want to spend more in revenue than he raised in taxes, he created a set of rules called the Fiscal Framework whereby the government would be breaking the law if they didn’t reduce public debt. Now that it is convenient to break those rules, the Chancellor is announcing a review to change the rules. As Paul Johnson of the Institute for Fiscal Studies (who has explained to us year after year the fiscal room “available” to Tory Chancellors like it was equivalent to a child counting their money on the counter in a sweetie shop) said, if the rules can be changed when you are about to break them, was there ever any point in the rules in the first place?

Chancellor will review fiscal framework in the Budget. He’ll need to. Looks like he’ll be breaking current rules. Always happens. As soon as fiscal rules look like they’ll be broken they are changed. One does wonder about their value at times…

In other words, the rules are a sham. We were told that rising child poverty was the price that had to be paid to keep the public finances in order. Disability benefit cuts, a collapsing social care system and hundreds of thousands attending food banks – people have had their lives ruined for these rules. They can’t simply  “turn the page” like Javid can.

It’s not just the Tories that have bought into the fiscal rules sham. The really sad thing is that Osborne’s fantasy economics was bought by the opposition. Labour have established a Fiscal Credibility Rule which matches spending and revenues over five year cycles. The EU Fiscal Credibility Pact enforces a maximum deficit of 3 per cent on member states. The SNP’s Growth Commission set a 3 per cent deficit limit, and sought to limit spending increases in an independent Scotland to one per cent below GDP growth.

READ MORE: GERS: Gap between Scottish public-sector spending and revenue fell by over £1 billion in 2018/19

We’ve been told for years by unionists of all stripes that GERS’ notional budget deficit for an independent Scotland (currently estimated at 4.4 per cent) means austerity is a requirement of independence, because you can’t possibly run a 4.4 per cent deficit, can you? Well the Tories are about to run a 3.6 per cent deficit – no one believes the economy is going to collapse tomorrow.

This was the “utterly pointless” Spending Review, as backbench Labour MP Mary Creagh described it, stating that the House of Commons emptied as Javid started speaking. Everyone knows it won’t be implemented because a General Election is round the corner. At best, it is an election stunt, but probably not one that will get much air time in the election itself, given the real political drama is about the constitution.

But what the pointless Spending Review has revealed is that the last nine years of austerity was premised on nonsense economics, which drew a totally false equivalence between public finances and household finances to try to make people believe public debt was something to be panicked about. It’s sad that it’s taken a Tory Chancellor to expose that agenda, but surely now parties of the centre-left can move past fiscal conservatism and start to develop a more dynamic, forward-thinking agenda for fiscal policy.