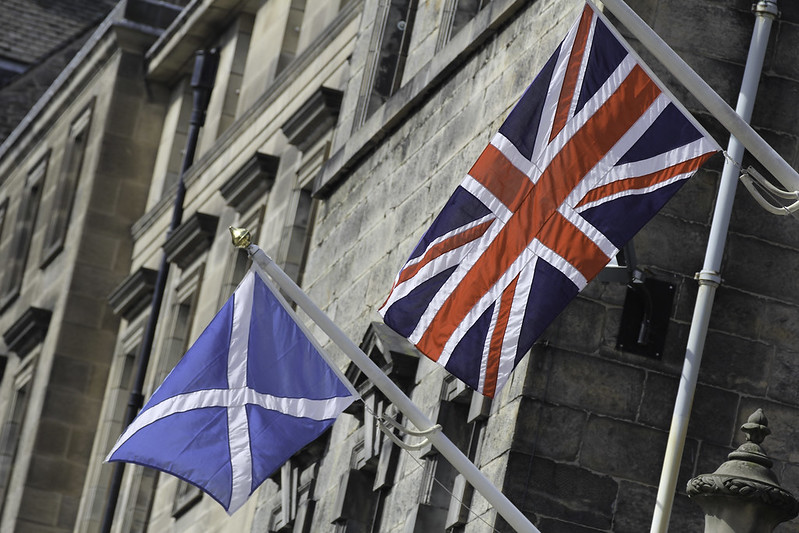 THURSDAY (7 November) saw the Scottish Parliament pass the first stage of the Referendums Bill, which was first announced by First Minister Nicola Sturgeon at the SNP’s spring conference.

With the announcement closely following Sturgeon’s April pledge to push for an independence referendum before the 2021 Holyrood election, this was seen by some SNP supporters as a meaningful step towards a goal which appeared to have been put on hold.

The first minister has since insisted that a referendum should happen by the end of 2020, and that she will request the required Section 30 order from the UK Government before Christmas — regardless of which party is in office.

Unsurprisingly, this has been met with vociferous opposition from all of the Scottish opposition parties, bar the Greens. (At the first stage, voting on the bill fell exactly as expected on party lines, with the Scottish Greens securing the majority that the government needed.)

All that being said, there is a sense among many independence supporters that the obstacles between now and 2020 make the prospect of a referendum seem distant yet.

But with impatience for action mounting, the introduction of the Referendums Bill and the impending Section 30 order request represents a good effort by the SNP to keep antsy supporters on-side.

While the weight of opinion among the membership of Scotland’s pro-independence parties appears to be against a ‘Plan B’ route to independence, there has been undeniable pressure on the SNP leadership to “do something” — and fast.

In light of this week’s developments in parliament, CommonSpace considers whether “indyref2” is really on the horizon.

Another day, another bill

The most significant development to come out of Thursday’s debate was the Scottish Government’s concession that, while this bill offers a framework for any future referendums, another piece of primary legislation would need to be introduced and passed in parliament before a date could be set for an independence referendum.

This was in line with the recommendations of the Scottish Parliament’s finance and constitution committee which heard evidence from a range of experts. The concern was that without such a provision in the bill, it would offer an undue degree of power to government ministers.

Scottish Green co-leader Patrick Harvie was in agreement on this point, saying that he “struggled to understand that a question can be so urgent that primary legislation can’t be introduced” while at the same time not being important enough to require parliamentary scrutiny.

Somewhat ironically, much of the criticism of the bill from the Scottish Conservative benches also revolved around the powers granted to ministers.

This is something for which the original EU Withdrawal Bill received criticism, as it allowed ministers considerable powers to change laws without the assent of parliament for two years after the exit date.

While cabinet secretary for government business and constitutional relations Michael Russell said that the specific independence referendum legislation would take the form of a “short bill”, the Conservatives raised concerns that this would prevent MSPs from sufficiently scrutinising the details.

Again, this is something for which the Conservative UK Government was criticised regarding its Brexit legislation only last month.

In taking these lines, Conservative MSPs are either trolling the Scottish Government, or attempting to turn the arguments of Brexit opponents against them.

Another contentious aspect of the government’s Referendums Bill was its proposition not to re-test the independence referendum question of 2014.

The Electoral Commission has argued it should be able to do so, and the parliamentary committee which scrutinised the bill agreed.

Michael Russell maintained that there should not be a need to re-test a question if it was already used within the last two parliamentary terms, but agreed he would discuss the matter further with the Electoral Commission.

While supporting the bill in principle, Patrick Harvie said he also “struggled to see why” the question could not be re-tested.

Harvie said that “either we trust the Electoral Commission or we don’t”, and added that the alternative to this would be to create a new commission for Scottish elections.

The Green co-leader pointed out that only parties with two MPs have the right to nominate a commissioner to the Electoral Commission, meaning that Northern Ireland’s DUP would have more say on a Scottish referendum than the Scottish Greens.

Throughout the debate, opponents to the Referendums Bill among Scottish Labour and the Liberal Democrats invoked the name of Brexit in their service.

With regards to concerns around the referendum question, Patrick Harvie said that one fear was that some were “mischievously” suggesting the use of “Leave” and “Remain” as the options in the question, with the aim of associating the Brexit debate with the independence one.

Harvie said this would be inappropriate given the distinct brands linked to those words, adding that Leave was associated with “anti-European attitudes, hostility to immigration and serious breaches of electoral law”.

However, the greater difficulty may lie in answering the charges of economic uncertainty surrounding independence, which have defined much of the SNP’s criticisms of Brexit.

Scottish Labour’s spokesperson on Brexit and the constitution Alex Rowley MSP said that “the majority don’t want never ending constitutional division and chaos” and warned of the economic impact to Scotland of leaving the UK.

Michael Russell responded that nobody has suggested leaving the UK single market and that “the rest of the UK has indicated that it wishes for a seamless trading relationship”.

Nonetheless, Scottish Labour has already begun, in this debate and at several other points in parliament in recent weeks, to put its focus on what they have described as the “neoliberal” economic policy of the SNP’s Growth Commission report.

With this in mind, it may be more important than ever for the different economic and political visions within the independence movement to be heard.

Leading on from the contrast with Brexit, the SNP leadership has committed to presenting an image of a reasonable, responsible and democratically respectful government.

While focusing on the need to “make Scotland’s voice heard”, the SNP has been clear about the need to persuade people – “One by one. Step by step”, as John Swinney put it at the party conference – of the merits of independence.

And while supporting the democratic rights of the people of Catalonia in the face of Spanish state violence – a motion on this topic passed unanimously at the SNP conference – the party has also indicated that a key lesson to be taken from this is the importance of following a legal route to independence.

At the party conference, the first minister said of an independence referendum: “It must allow majority support to be expressed clearly and unambiguously. It must be legal. And it must have the recognition of the international community.”

The comparison with Catalonia arose during Thursday’s debate when SNP MSP Jenny Gilruth highlighted the imprisonment of Catalan independence leaders.

Despite some protestations from the deputy presiding officer, she argued this was relevant to highlighting the importance of the Referendums Bill as “there were obviously a number of issues that did not allow the democratic process to prevail in the way it should” in Catalonia.

Gilruth said: “As we watch on at the horrific actions of the Spanish Government, we must make doubly sure to tread a path of civility in our use of language and our actions in this parliament in the face of the next Scottish independence referendum.”

While the SNP looks to be in a strong position heading into the General Election, the question which remains is how the outcome of the election will impact on the possibility of an independence referendum transpiring in the proposed timescale or even within the near future.

Nicola Sturgeon has argued that SNP successes in the General Election will make granting the Scottish Government the right to hold a referendum “irresistible” to the UK Government.

However, Prime Minister Boris Johnson’s predictable response has been to dig his heels in further and argue that even if there is a pro-independence majority for Scotland at both the General Election and the next Scottish Parliament election, he will continue to refuse a referendum.

The reality is that as far as the Tories’ electoral prospects in Scotland go, standing strong against independence is a strategy which has worked well for the party since 2014 and they are unlikely to give up on it now.

It is precisely because of the party’s position on independence that it was able to become the second largest party in the 2016 Scottish Parliament election, so they have a lot more to lose than gain by changing or even softening their position.

In the event of a Labour government, the chances of a Section 30 order being granted are clearly much more substantial. Despite Scottish Labour’s state of denial, the UK Labour party has now made very clear that it is open to an independence referendum.

Speaking to Sky News, Labour’s shadow business secretary Rebecca Long-Bailey said: “After the next Scottish Government elections, if the Scottish Government determine they want to pursue another referendum and they go through the legislative process within their own government to push that forward, then as a government we wouldn’t stand in their way.”

It may be that the SNP will hope that it can use to its advantage a situation where the election returns a minority Labour government by pushing for a referendum in exchange for support.

But if Labour holds true to its own pledge of waiting till after the 2021 Holyrood vote, this could prove even more beneficial to the SNP’s electoral chances by presenting the opportunity to play on those frustrations.

Any way you look at it, the SNP is playing quite an astute game of political chess with the constitutional question. What remains to be seen is whether this approach will see support for independence rise in the polls and bring results for the movement the party has so long represented.

In a time of constitutional limbo and rising impatience, these are uncertainties which will need to be answered before too long.