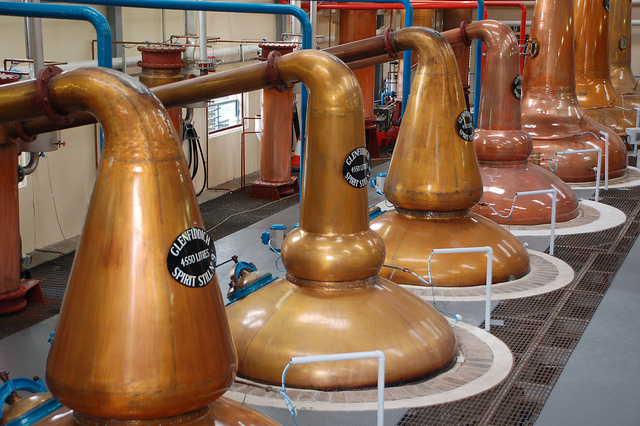 Wealth of Gordon-Grant whisky family grown 5000 per cent since 1989, the fastest growth of anyone on the UK rich list since records began

THE Sunday Times Rich list 2018 has been published, revealing Scotland’s billionaires jumping from nine to 11 this year, with a combined fortune of £16.2bn. It was only 11 years ago when the first Scottish billionaire, Tom Hunter, was announced.

“This is now largely a group of self-made individuals, with people like Sir Ian Wood and Philip Day growing billion-pound businesses through their vision and tireless endeavours.”

CommonSpace has analysed the 11 billionaires on the list and how they made their wealth, and found that “vision and tireless endeavour” is not exactly a complete portrayal of the factors involved in becoming the richest of the rich: control over Scottish natural resources, tax avoidance/evasion and questionable employment practises have all played their part. Most have also used their accumulated wealth and power to influence Scottish and UK politics, while many had the good fortune of inheritance to get to where they are.

It probably comes as no surprise that Scotland’s richest people are not entirely tax compliant – the super-rich have the means to pay for high-powered lawyers to avoid tax in ways that are legal, due to the UK’s antiquated tax code which makes it easy for those with the means to pick holes in it. Nonetheless, the ways in which Scotland’s 11 billionaires avoid and evade tax vary greatly. Here’s just a few:

Exploitation of workers is an endemic issue with Scotland’s billionaires. While they will argue they are job creators, it is those who work for them who ultimately produce the goods and services which make them rich, but exploitative work practises in Scotland and further afield show employees are quite commonly not treated fairly and equitably. Here’s a few examples:

All businesses to one extent or another rely on the natural world for their success, but some industries are reliant on natural resources which are very specific to a particular place – in this case, Scotland. As such they are not liable to the usual rules of globalisation – it is not possible to move Scotland’s land, water or oil and build it in a Chinese factory. While some countries ensure that industries with these qualities are used for the general public good, not so in the UK state. Three examples of Scottish billionaires getting rich off Scotland’s natural resources are:

While the compiler of the Sunday Times rich list was keen to emphasise new wealth, the fact is that more than 50% of Scotland’s 11 billionaires got a big leg-up in the form of inherited wealth. Wealth due to birth right is the polar opposite of social justice, yet Scotland’s richest come from families where their riches began over 100 years ago. Here’s a few examples:

One of the problems with modern liberal democracies is that those with vast sums of wealth have a disproportionate ability to influence the political process. Almost all of our 11 billionaires have few scruples about using their economic power to wield political power, including in some of the most important democratic decisions the UK has taken in recent years. Here’s just three case studies: