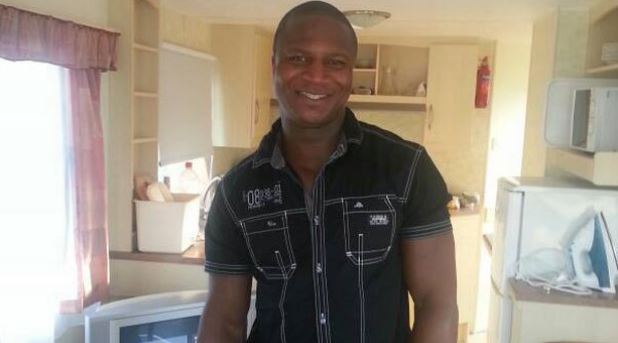 THREE YEARS after a Fife man died in custody whilst being arrested, his family have described their painful battle for answers as they prepare a historic legal case again Police Scotland boss Iain Livingstone.

Relatives of Sheku Bayoh, who was 31 when he died in Kirkcaldy, Fife, confirmed on Wednesday [2 May] at a press conference that they had lodged a civil action against the force’s chief constable for Mr Bayoh’s unlawful killing.

Mr Bayoh died on a Kirkcaldy pavement in May 2015 minutes after being restrained by up to six police officers who used CS spray and batons. The father of two sustained over 30 injuries, including petechial hemorrhages in his eyes and a broken rib.

Relatives of Mr Bayoh, including his former partner Colette Bell, believe the injuries recorded at his post-mortem suggest he died of positional asphyxia whilst being restrained.

In a statement, his family said they were deeply disappointed at the Police Investigations and Review Commissioner (Pirc) who took over a year to investigate the death, and the Crown Office is yet to decide whether it will bring any criminal charges against the officers involved.

“Our brother lay dead with over 30 injuries and yet Scotland’s police fail to account how he got them.” Kadi Johnson, Sheku Bayoh’s sister

“It is very disappointing for us, the family, who started off with having faith in the Scottish system of justice but quickly recognised that organisations in the system are not working towards the goal of fairer Scottish justice for all.

“In the era of 2018, we are looking back as far as 25 years ago to see which is better, then or now. Our brother lay dead with over 30 injuries and yet Scotland’s police fail to account how he got them.

“Pirc disappointed us so much that we are not sure if the organisation is fit for purpose,” said Mr Bayoh’s sister Kadi Johnson.

It was revealed by the BBC that one of the first cops on the scene, PC Alan Paton, had a violent past and had earlier boasted to family members about his racist views. His brother-in-law alleged that Paton said: “I’m a total racist, I hate all blacks”.

CommonSpace understands that Paton is still on leave and is not expected to return to policing.

The historic action, believed to be the first time that police in Scotland have been sued for an unlawful killing, will raise serious questions for policing in Scotland during a febrile time for the service after revelations earlier this week that the force’s former chief constable attempted to suppress allegations of police corruption.

The prominent Scottish civil rights lawyer Aamer Anwar, who is representing Mr Bayoh’s family, said the investigation into his death was a “national disgrace”, adding: “The passage of time means that memories fade and evidence disappears or deteriorates.

“The family had hoped that by now the Lord Advocate would have made a decision whether he is going to criminally prosecute the police officers concerned or Police Scotland. Three years on and he still hasn’t made his mind up.

“The family believe it would be very different if it had been members of the public involved. If it had been nine door stewards that had restrained a member of the public, used weapons and that individual dropped down dead, I suspect the Crown Office would not have taken three years to decide if it would end up in a court of law or not.”

The charity INQUEST is also supporting Mr Bayoh’s family and legal team by providing their expertise on state-related deaths. INQUEST executive director, Deborah Coles, said:  “Police officers are public servants and cannot be above the law.

“There has been unacceptable delay and obfuscation in establishing truth and accountability about Sheku Bayoh’s death. After 3 years his family need answers. Delay impacts both on the family’s grieving process but also on accountable learning and action to prevent future deaths”.

Police Scotland confirmed to CommonSpace that legal papers had been received by the force, but refused to discuss details about officers involved in the case.

The family has launched a crowdfunder for their legal case.

Picture courtesy of the Justice for Sheku Bayoh Campaign