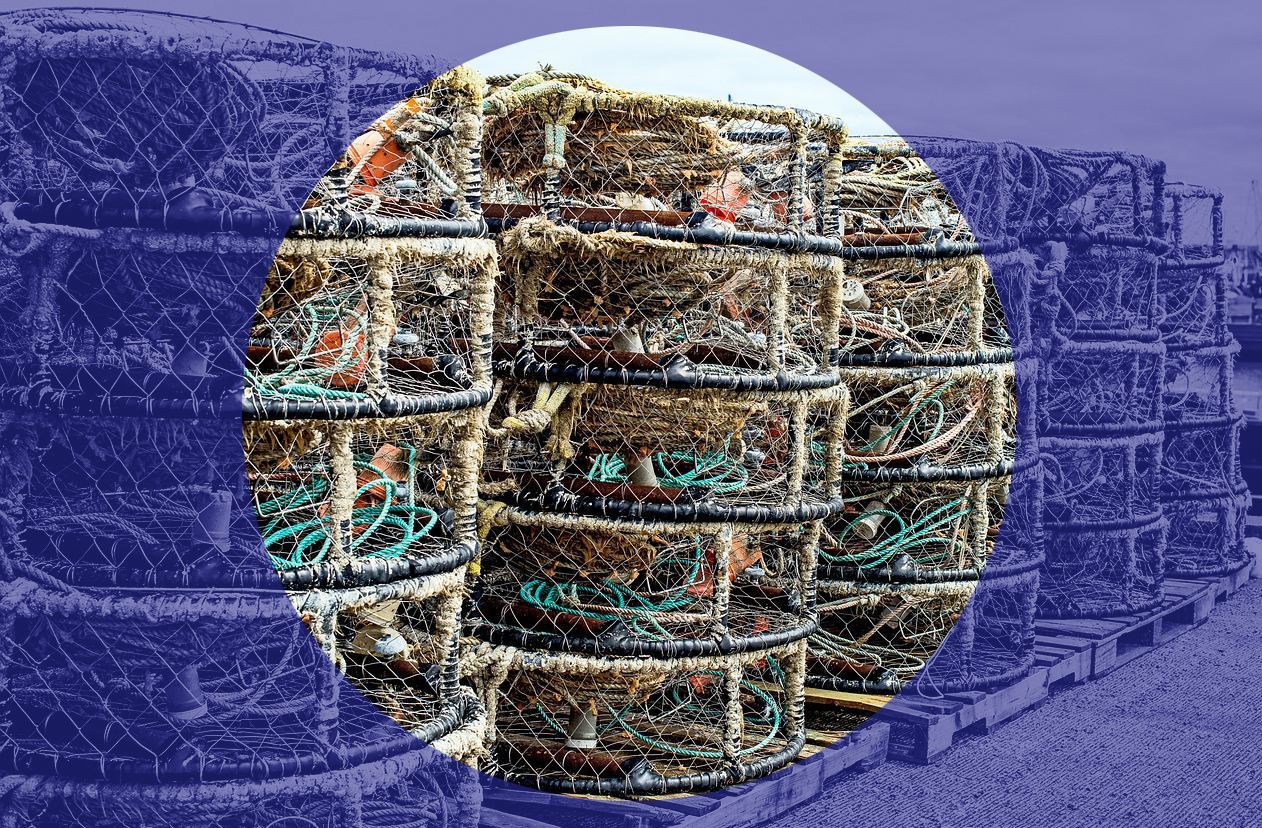 “Free trade regimes – either EU or UK – are incompatible with environmentally sound and socially just economic development, as the fishing communities know only too well.”

SCOTLAND’S FISHING INDUSTRY is in crisis.

On Tuesday (19 January), dozens of fishermen travelled to London in lorries emblazoned with slogans attacking the UK Government for botching the Brexit transition by creating barriers for exports to vital European markets.

A furious letter from the Scottish Fishing Federation (SFF) identified the problem: “Our industry is facing mounting financial losses. Many fishing vessels are tied to the quay wall. Of the others that can go to sea, some are now making a 72-hour round trip to land fish in Denmark, as the only way to guarantee that their catch will make a fair price and actually find its way to market while still fresh enough to meet customer demands.”

Yet the remedy offered by the SFF never made it beyond demands to extend freer trade. Responses from opposition politicians tended to follow similar lines of argument.

SNP MP for Cumbernauld, Kilsyth and Kirkintilloch East, Stuart McDonald argued the Tories should “eat some humble pie”, while Orkney and Shetland Liberal Democrat MP Alistair Carmichael said: “Fishermen feel betrayed by those who used and abused their support – they deserve better.”

Over the sound of vote-seeking, there were calls for help for fishing communities, but in the form of immediate cash payouts. The UK Government has established a diminutive fund of just £23 million to help out all exporters who are struggling with the new rules (and there are a lot of them).

But is there anything more imaginative to offer than free trade and a bung? Around the world, economic life is rapidly transforming by force of events, as states engage in unheard of levels of action to save industries and right failing markets. And yet, Scottish and UK politics seems trapped by old orthodoxies.

The market is not the only option

One of the stranger developments of the Brexit era has been a relative inversion of political perspectives on the economy. When, late in 2020, arch-Brexiteer, Conservative party MP and free-trader John Redwood suggested state-led measures to increase Britain’s capacity to feed itself and thus escape over-dependence on trade with European neighbours, he was covered in scorn by figures nominally to his left.

His ideas included measures to “encourage[s] more domestic production”. He called for “more definition of the schemes available from 1 January to offer support to farmers keen to expand their food production. Market gardeners wishing to whittle away the huge deficit on vegetables, temperate fruits and salad items need loan and grant schemes to put in the extra covered areas to boost output.”

“The fishing industry needs loan and grant schemes”, he added, to protect an industry which, though small, had many promises made to it by the Conservative party.

These schemes were portrayed by opponents as a way to get around the failures of the Brexit deal, and perhaps they are. Also, these measures wouldn’t necessarily represent a socially just development – he made no mention of the most fundamental question of British agricultural refrom: the appallingly low wages and conditions that dominate the sector.

Nonetheless, it is some turn of events that Redwood appears as a champion of import substitution, while his critics on the left demand a return to an old free trade regime. This is the inversion which has disorientated the Scottish and UK political fields for years now. It’s what led Sturgeon to assent to the free-trading ideas of former Australian Tory premier Tony Abbott as prospective trade minister, and some in the party to endorse the idea of ultra-Thatcherite ‘Free Ports’ in Scotland.

Perhaps no area of potential economic policy reflects the course that might be taken more than changes to state aid rules.

The Trade and Cooperation Agreement (TCA) that has replaced the former, member-state relationship between the United Kingdom and European Union, and which is being lambasted by the fisheries lobby for its failures, does provide substantial new scope for the deployment of state aid policy.

The distinction made in the TCA is between aid to commercial enterprises (presumably to ward off the now forbidden practice of developing and industrial strategy by ‘picking winners’ in the economy) barred in the name of maintaining ‘fair competition’ between Europe and Britain, and state aid as a matter of public good.

Instead of a response to the crisis in Scottish fisheries and associated industries that harks back to last decade’s Brexit culture war, changes to state aid rules could be effectively utilised to focus economic activity where it is needed (as could, frankly, all kinds of powers never truly disabled by EU regulation).

This could facilitate a programme whereby the state buys up unsold stock, and then sells it at a controlled price to local, family and independent fishmongers and associated businesses to distribute it cheaply – perhaps to those experiencing food poverty. Such a scheme would protect two ailing industries, whilst supplying food to those who need it the most. This scheme, and indeed many others far better could be possible, if such an approach became part of the public policy debate.

There are several reasons why this is not happening. The Scottish Government shrinks from such demands because they might hurt favourable impressions in Brussels and Berlin. The first stage of any EU accession process is years and years of ‘good behaviour’ – and that means long-term support for free trade, neoliberal policy.

The UK Government have an even more obvious reason not to entertain such an approach, and it is indicated by pathetic sum of £23 million pounds for suffering businesses: it’s one thing to bail out banks and huge corporations, the Conservative party does not want to become financially responsible in this way for industries they don’t much care about.

But ultimately upholding the taboo around state protection of national industry will hurt the left more than the right. And free trade regimes – either EU or UK – are incompatible with environmentally sound and socially just economic development, as the fishing communities know only too well.