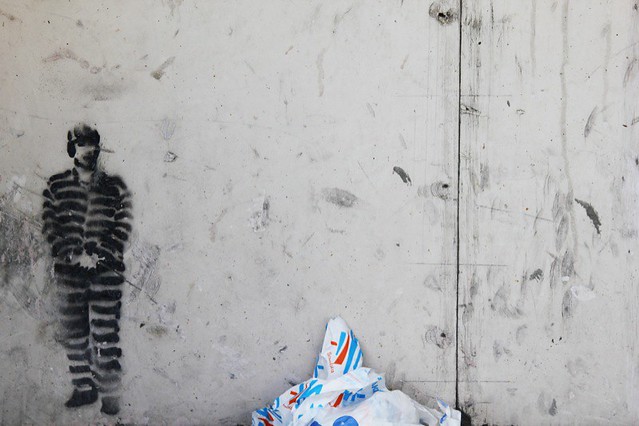 A new report has highlighted the overcrowding crisis in Scotland’s prisons – the evidence suggests a community justice approach would be more effective and affordable, but is the Scottish Government politically brave enough to embrace it?

THE 2018/19 report of the Chief Inspector of Prisons Scotland, Wendy Sinclair-Gieben, makes for grim reading.

The prison population grew over the past year by 709 to 8,122, an equivalent growth of one additional large prison. But there was no new prison to put them in, placing intense pressure on existing prison infrastructure.

“The additional number of prisoners and an increasingly complex population places a heavy burden on an already overstretched prison service in Scotland,” Sinclair-Gieben said.

“I am very concerned that the number of prisoners is starting to exceed design capacity, resulting in not only additional pressures on staff, the prison regime and activities, but also on the essential programme and through-care activities designed to reduce recidivism.”

The Scottish Government’s extension of the presumption against short sentences from three to 12 months was welcomed by Sinclair-Gieben, but she said it “may not be enough to bring the prison population back in line with design capacity”.

The forms overcrowding takes are well documented: prisoners staying further from home; prison cells designed for single occupancy used by two people; a rise in the offender behaviour programme waiting list; staff having to spend less time on individuals and more on prison security, with the complete removal of Throughcare services. Combined, this creates a prison environment that is less conducive for rehabilitation and more conducive for violence and re-offending.

What is to be done? Sinclair-Gieben urged no further Scottish Government delays on new prison infrastructure, but is more prisons really the answer? Scotland has the second highest incarceration rates in Europe, after England & Wales. The widespread evidence that, for most convicts, community sentencing is a more effective means for reducing re-offending than prison is compelling.

Karyn McCluskey, who led the now famously successful Glasgow Violence Reduction Unit, is now chief executive of Community Justice Scotland, and is very clear on the policy shift that is needed.

“Some people really need to be in prison, some of them for a really long time but a significant number could serve sentences in community, receive much-needed treatment, gains skills and have a better chance at living a safe and productive life,” she wrote in The Scotsman.

“What else could you spend £80m on? Well, how about parenting support, health services, housing, youth services, mentoring, more visible community payback. How about spending it on evidence-based programs designed to get people off the justice hamster wheel and into jobs, education, stable housing and allowing them to contribute to society?”

To be fair to the Scottish Government, they are indicating in this direction. They have increased investment in community justice social work initiatives to over £100 million, and encouraged judges to consider community pay back orders over prison sentences. On Tuesday [20 August], Justice Secretary Humza Yousaf announced a new national leadership group on community justice.

But look at the balance of spending. In the 2019/20 budget, Scottish Prison Services received £393.7 million, up from £361.4 million the year previous. Meanwhile, Community Justice was allocated £37.1 million, up from £35.4 million in 2017/18. Thus prisons receive spending ten times that of community justice.

If Scotland were to seek to imitate a country like Sweden, which has seen its prison population fall precipitously partly due to investment in community sentencing and rehabilitation, it would have to seek to re-balance its criminal justice spending priorities.

Of course this isn’t just a matter of identifying what works and implementing it. Politics comes into this. Boris Johnson’s entry to Number 10 has seen him ramp up the tough on crime politics, announcing largely symbolic spending increases on prisons and policing. This is all about preparation for a General Election. Less than two years out from a Scottish election, is the Scottish Government prepared to be brave by embracing and selling a community justice approach to voters?

There are signs that the political environment is sufficiently different in Scotland that the space is available for the Scottish Government to be brave. On Wednesday, the Scottish Tory Justice Spokesperson Liam Kerr was unable to articulate why his party were opposed to the presumption against shorter sentencing, admitting on Good Morning Scotland that it was “absolutely the right thing to do.” Ruth Davidson will cynically play the ‘lock ‘em up’ card in 2021, but it’s by no means certain that it will be done with conviction, or cut through with the public.

On best party policies on crime, a poll in May 2017 put the SNP ahead on 33 per cent, with the Tories second on 23 per cent and Labour third on 17 per cent. The last published poll on  government performance on crime specifically (April 2016) was a mixed bag for the Scottish Government, with 11 per cent saying they had done a very good job, 26 per cent a good job, 37 per cent neither good nor bad, 16 per cent bad, and 11 per cent very bad. Another poll at the same time found crime and policing was fifth in priority issues for the Scottish public – it is currently third in England. So inconclusive, but nothing for the SNP to fear.

What an ambitious, reforming approach has in its favour is the hard evidence that the lock ‘em up brigade are wrong: it hasn’t worked in the past, it doesn’t work in the present and so there’s no reason to think it will work in the future. With prisons bursting at the seams, there’s little for the Scottish Government to gain politically from a half-way house approach to criminal justice reform – they’ld be safer to go the whole way and show the public that community justice can work.

Picture courtesy of The Euskadi 11