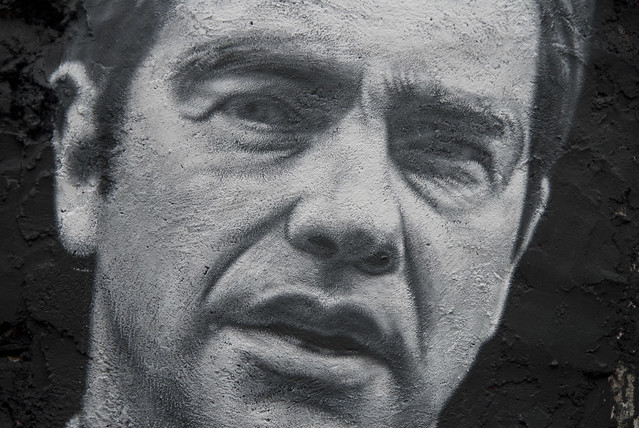 Syriza were the great hope of the European left, but surrendering to the Troika meant their election defeat was all but inevitable

ON VISITING Thessaloniki in March, I was pleasantly surprised to see an absence of beggars on the streets. I asked my tour guide why that was, given the crisis. He walked me over to a wall with a sign on it in Greek. He explained this was where you leave stuff for the needy. “Put down a bag of food or old clothes,” he said, “it will be gone in a minute”. Greeks don’t like to beg, but that doesn’t mean they are not in desperate need, he explained.

Looking closer, the crisis was plain to see. Parks are full of homeless people. I visited a university building where the weeds were ten foot high and the building smelled foul. But it was quite clear that – unlike when I visited five years earlier where there was riot police in every square – the anger had dissipated. After years of revolt and protest, Greek society had begun to adapt to a new normal of permanent austerity.

Yesterday’s General Election result should be seen in that context. The Troika’s scorched earth austerity has created a social catastrophe and a political desert. Young people have moved out of the country in their hundreds of thousands. You can’t vote if you are not there. And what is there to vote for anyway? The Syriza experience from 2015-2019 shows that if you vote for left or right, you get the same answer: austerity and privatisation. Apathy is the result, and apathy’s twin: deference. It’s that atmosphere which has brought New Democracy back to power.

ND is the Greek version of the Tories; they exist to represent Greece’s corrupt elite. No party has its fingerprints more on the humanitarian disaster that is Greece in 2019. Yet they have just secured a majority in the Greek parliament. The only explanation for such an outcome is the left’s complete failure to offer any sort of alternative. And if you don’t offer an alternative to savage austerity, why not just vote for the real thing?

First it was Pasok. The centre-left party’s complicity in austerity in two coalition governments from 2011-2015 saw it disappear entirely, falling from 43.9 per cent of the vote in 2009 to 4.7 per cent in 2015. The collapse was so dramatic the term ‘Pasokification’ is now used wherever a traditional social democratic party collapses or is on the verge of collapsing.

Pasok’s obliteration paved the way for the rise of Syriza, the great hope of the European left. Syriza was a party of the radical left and had its roots in the alter-globalisation movement of the 2000’s. Elected on an anti-austerity ticket, Alexis Tsipras formed a coalition government in January 2015. After months of fraught negotiations with the Troika, Tsipras surrendered, signing the Third Memorandum of Understanding, enshrining constant austerity and unsustainable debt obligations premised on mythical growth projections.

The terms of the third MoU ties the country to running fiscal surpluses of 3.5 per cent until 2022, and a surplus of 2.2 per cent from there after. New debt repayments on the Troika’s loans start in 2032, and last until 2060. Some Greeks will spend their entire adult life paying taxes not for public services, but to service enormous debt repayments to the country’s creditors. The German government is already in profit on the back of Greeks, $2.9 billion in the green so far, due to the interest rates paid on Troika loans to Greece.

READ MORE: How Greece helped Germany write off half of its debt in 1953

What did Syriza get for its commitment to debtors’ prison? Kicked out of office, of course. Every Greek Government which has embraced Troika austerity since 2010 – which is all of them – has been removed from office in the first election following implementation. There is no reason to believe New Democracy, which of course has committed to sticking by the third MoU, will not go the same way.

Unlike Pasok, Syriza’s vote has not collapsed. Syriza and ND between them won over 70 per cent of the vote. Greek society appears, for now, to be acquiescing to austerity, as its economy has undergone a tiny, weak growth spurt – mainly due to tourism – a boost which the vast majority of Greeks didn’t feel. Unemployment remains the highest in the Eurozone at 18 per cent. But the atmosphere which brought about Pasokification is not the same for Tsipras’ party – not yet anyway. It is extremely difficult to see how they can be an authentic opposition when the party they will be opposing is merely continuing to carry out the programme designed by their Troika masters, just like Tsipras did.

In an analysis on the BBC asking, “where did Alexis Tsipras go wrong?”, Mark Lowen finds that he “hopelessly overpromised”. That’s one way of looking at it.  Another is that he was handed a popular mandate by the ‘Oxi’ referendum vote which rejected the Third Memorandum in 2015, and he hopelessly under-delivered. Or more precisely, made no attempt to deliver.

READ MORE: IMF: Austerity was more damaging to Greece than we thought it would be

There is no doubt that the consequences of not rejecting Greek democracy, of not surrendering to the Troika despite the mandate handed to him by the people, would probably have been Grexit, from the Euro and the European Union. The country’s financial system was already being shut-down by the European Central Bank, as a warning to Tsipras to obey (an obvious lesson in the dangers of losing democratic control over your currency). That was the choices that the Troika had placed before Tsipras: ignore democracy and surrender, or leave our system. Tsipras didn’t lose from promising too much, he lost because he wasn’t prepared to deal with the consequences of leaving the Troika’s system.

The outcome is a tragic one: a banker, who’s father is a former prime minister, sister is a former foreign minister and nephew is the Mayor of Athens, has taken the reins of power in a country decimated by banking elites, foreign and domestic. The sad fact is their route back to the top of the mountain was surely impossible without the left’s failure. Playing the warden in debtors’ prison is not a good role for the left.