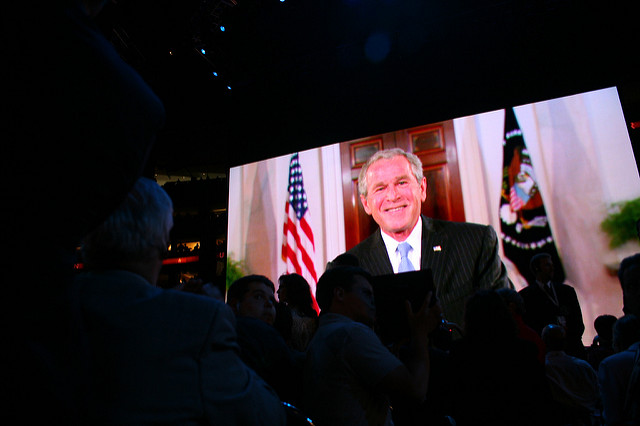 CommonSpace editor Ben Wray says the responses to the Trump-Putin summit from many liberals have given up on critical thought, to the extent that the ideology of the return to ‘normal’ – a time before insurgent populism – is now the blatant ideology of much of the media

THERE is something more than a little unnerving in the response of Trump’s opponents to his remarks at the now infamous Helsinki Summit, not because it’s new but because it has now reached a fevered state.

Even before the US President had spoken, the hashtag #TreasonSummit was trending. Afterwards, big hitters including former CIA Director John Brennan, took up the Treason line.

“Donald Trump’s press conference performance in Helsinki rises to & exceeds the threshold of ‘high crimes and misdemeanours,’” Brennan tweeted. “It was nothing short of treasonous. Not only were Trump’s comments imbecilic, he is wholly in the pocket of Putin. Republican Patriots: Where are you???”

Brennan quickly joined James Comey – who also tweeted similar condemnation (see below) – as the former deep state heroes of The Resistance, the term that’s been used to describe attempts to bring The Donald down, usually through legalistic means.

This was the day an American president stood on foreign soil next to a murderous lying thug and refused to back his own country.  Patriots need to stand up and reject the behavior of this president.

If you don’t believe secret services you are treasonous? Really?

Treason recently cropped up in Scotland, as former Catalan Education Minister Clara Ponsati has been charged with the ancient law by the Spanish state for being part of ‘the conspiracy’ to hold an independence referendum in which the government she was part of had been elected with the explicit mandate to hold.

Ponsati, quite rightly, ridiculed the charge.

“It’s a little bit – I’ve been watching this time-travel series on Netflix, that happens in Scotland.” She said. “If these guys were to succeed, we would be seeing one more episode of Outlander.”

So presumably we will compare the same charge against Trump to a new episode of House of Cards?

To be clear, Brennan’s charge has no basis in law – to be guilty of Treason under the American constitution you have to be shown to have supported an enemy, defined as a country that the US has declared war on.

Sometimes it seems like many liberals in the US would like the country to be at war with Russia, but thankfully it isn’t.

It may be worth thinking a little more critically about why Brennan would level such a charge. The Intelligence services are a tribe that stick up for one another, and Brennan is one of its most loyal disciples. Whatever else one says or claims about Trump, everyone can agree he has used his position to publicly challenge the authority of the deep state in a way that no President before him has done. Is it really a surprise that one of their former leading lights is leading a bombastic charge against him?

It’s also worth posing the question that no one in the US media appears willing to ask: is it really so scandalous to question the word of US intelligence services? No Russian has been convicted in a court of law – what happened to innocent until proven guilty? – and our memories have to be extremely short if we can’t think of times when the US deep state has not told the truth.

To take just one of hundreds of examples, Ralph McGehee, a 25 year veteran of Brennan’s CIA, authored Deadly Deceits in 1983, in which he argued that the CIA “is not now nor has ever been” an intelligence gathering organisation. Its job was to act as “the covert action arm of the President’s foreign policy advisers”, providing detailed examples based on his experience of CIA ops in Vietnam, El Salvador, Iran, Nicaragua, Laos, Indonesia and Libya based on using disinformation to undermine or prop up regimes based on whatever served Washington’s interests at that time, as well as to spin narratives about those countries to the American public to win them over to war, such as the government in South Vietnam being invaded by North Vietnam, which “was a lie”.

READ MORE – Ian Bell: Tortured CIA prisoners on our soil are on our consciences

More recently, the director of National Intelligence Eric Clapper clearly lied in a Senate testimony in 2013 when he was asked if the NSA collected data on millions or hundreds of millions Americans, to which he replied “No sir, not wittingly”, later proven to be entirely false by the Snowden files. He later said famously it was the “least untruthful” thing he could say, before finally admitting in a letter that it was “erroneous”.

Alongside honesty, the other strangely unquestioning dimension of The Resistance’s outlook is the idea that Trump’s attempt at a détente with Russia must be wrong because the previously hegemonic foreign policy establishment in Washington say it is. They were only wrong about the biggest US foreign policy disaster in the post-second world war era – Iraq – but never mind.

The New York Times wild-eyed statement from its editorial board had this corker on the notion of peace with Russia, which could easily have been the words of neocons such as Donald Rumsfeld or John McCain:

“[Trump’s] opening statement to journalists proclaimed the goal of continuing “the proud tradition of bold American diplomacy” and emphasized that “diplomacy and engagement is preferable to conflict and hostility.”

“In theory, such objectives make sense. But Mr. Trump seems to be singularly naïve, or deliberately ignorant, about why his own senior national security advisers have identified Russia as one of America’s chief geostrategic adversaries, along with China.”

The liberal NYT in a valiant effort to uphold The True Path of the American Empire, pursuing potentially apocalyptic conflicts with Russia and China with vim.

This is the new reining ideology of liberals: the ideology of seeking a return to before, a return to “normal”. The good old days of fake WMD claims, ‘the axis of evil’, Abu Ghraib and Fallujah. The Guardian’s editorial last year even went as far as to warmly embrace the commander in chief of the Iraq catastrophe, George W Bush’s, return to politics.

And the more they want a return to “normal”, the more rabid they become about Russia. Did NYT previously publish editorials referring to Russia as “an autocratic thug who steals territory and has his adversaries murdered”, or former FBI director’s call the Russian President “a murderous lying thug”? Even the BBC was getting in on the act, with chief political correspondent Laura Kuenessberg retweeting the following from Newsnight journalist John Sweeney:

On this day in 2014 a Russian missile shot down #MH17. The officer in charge spoke Russian with a Moscow accent. Here’s our @BBCPanorama film on it – in which I doorstep Vladimir Putin. All of which makes @realDonaldTrump sycophancy yesterday so troubling. https://t.co/kVg5dyYUjB pic.twitter.com/aHPfUGJgHg

“Sycophancy”? “Troubling”? Would the BBC so casually use these terms to describe Trump’s attitude to other world leaders? Or for that matter, would they use them to describe our own Prime Minister’s attitude to Trump, despite such descriptions being more apt in the latter case? Of course not, but the ideology of the return to ‘normal’ requires a folk devil to motor it.

Because of course the US state is never the problem – it’s always extraneous factors infecting an otherwise healthy institution: ‘collusion’, ‘treason’, ‘interference’. The followers of the ideology of the return to ‘normal’ go to great pains to say they are criticising the president, not the office of the presidency, heaven forbid anyone being accused of criticising the US’ role in the world. This ‘banal nationalism’ is the most dangerous kind, as it is the most subtle yet most powerful, utilising deeply engrained deference to detach epiphenomena from its roots.

It’s clearly present in the UK as well when it comes to Brexit. Not all ills began on 23 June 2016, but sometimes you would think they did reading The Guardian or the New European. The revelations about Vote Leave electoral fraud are shocking and should lead to heavy penalties, but don’t kid yourself, like the former Cambridge Analytica tech whizzkid Chris Wylie would have you believe, that it explains why a majority voted for Brexit.

The ideology of the return to ‘normal’ is powerful for the same reason Brexiteer nostalgia about Global Britain is powerful – it tells a simple story about what’s wrong with the world, and offers a strong dose of nostalgia in its offer for how to fix it. But like Brexit nostalgia, liberal nostalgia is ultimately doomed: there is no return to normal. The stable, centrist politics of the 2000’s is as distant a dream as the British empire.

‘Normal’ may be comforting, but it’s treasonous to humanity.