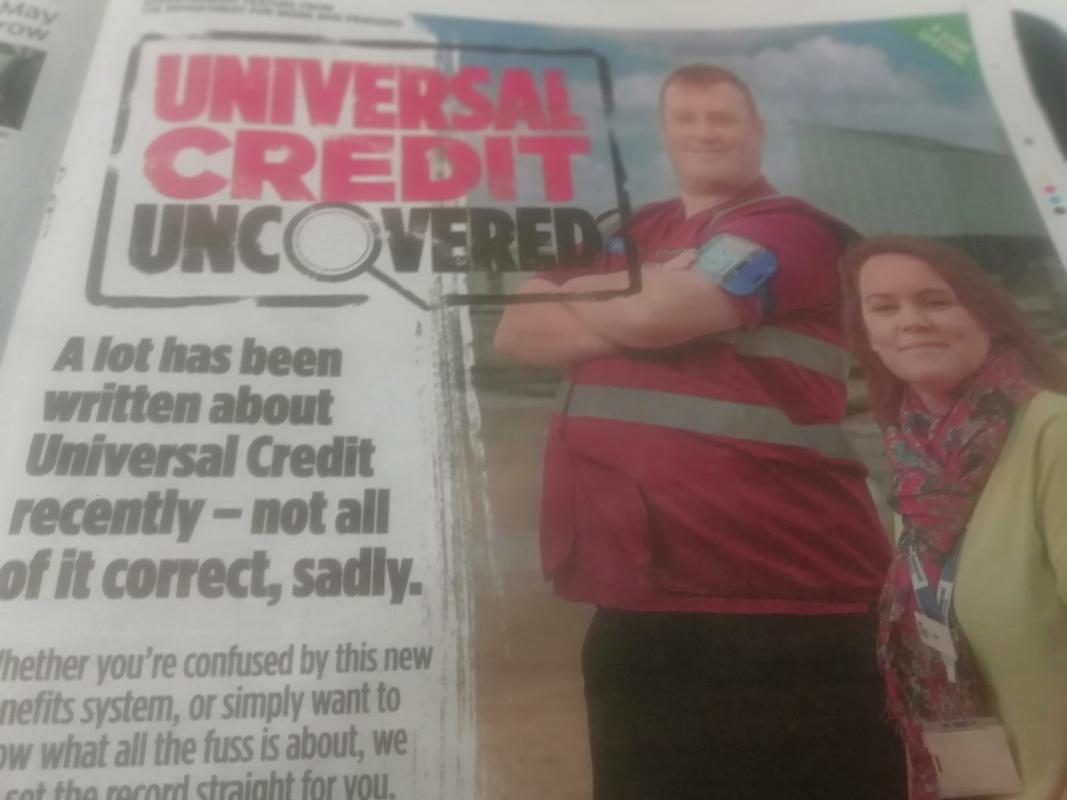 The DWP have spent £250,000 on an advert attempting to depict criticism of Universal Credit as fake news – it’s symbolic of just how dire this Tory Government truly is, Ben Wray finds

WHAT do you do with a policy that’s creating destitution and misery, is widely despised and has just been compared by the UN’s poverty expert to a modern version of “the nineteenth century workhouse”?

Do you increase its funding? Do you devise a new policy? Do you accept its problems and seek to fix it? Do you ask the UN poverty expert for his counsel on how to address it?

No, apparently you do none of those things. What you do is pay for a five page spread in the Metro newspaper, at a cost of £250,000, called ‘Universal Credit Uncovered’, presented as a journalistic investigation, where you present the ‘myths’ of Universal Credit and counter-pose them with the ‘facts’. For example, a myth being “universal credit doesn’t work”, and a fact being “it does”. 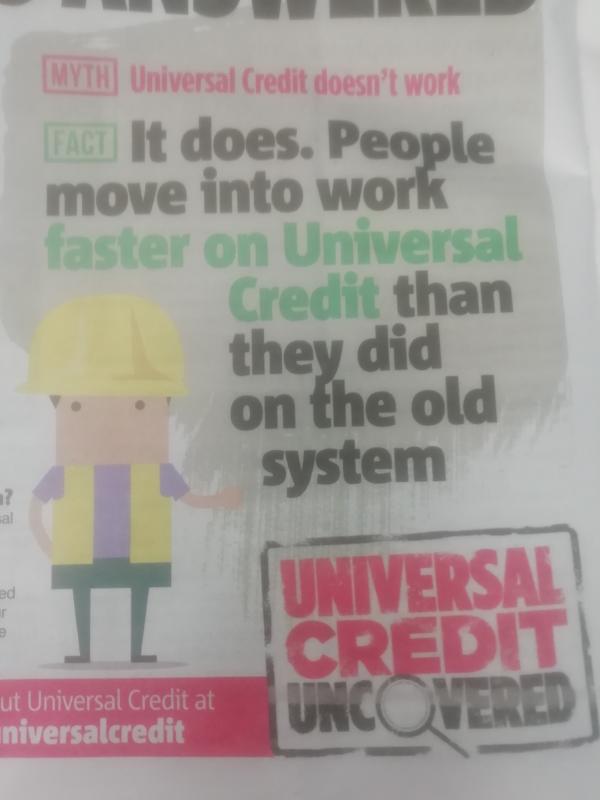 This is why state sanctioned crackdowns on ‘fake news’ should make us all a bit fearful. The evidence stacked up against Universal Credit was enormous before the Tory welfare policy began to be rolled out across the UK. Now that it has ripped through communities like a whirl-wind, the real facts about its impact are well documented.

And of course it’s not coincidental that the advert coincided with the publication of the UN Extreme Poverty Special Rapporteur Philip Alston’s final report on the UK, which to call it damning would be to put it far too lightly.

To quote just one line from the report (which is well worth reading in full to get a proper picture of poverty in the UK) Alston wrote: “It might seem to some observers that the Department of Work and Pensions has been tasked with designing a digital and sanitised version of the nineteenth century workhouse, made infamous by Charles Dickens, rather than seeking to respond creatively and compassionately to the real needs of those facing widespread economic insecurity in an age of deep and rapid transformation brought about by automation, zero-hour contracts and rapidly growing inequality.”

The UK Government’s response to the report was to describe it as “barely believable”. They have consistently attempted to slander Alston’s work, but the truth is that it’s only barely believable to them because they don’t have a clue about the reality of living at the sharp end of Tory Britain.

The truth is that you can work most hours of the day and still struggle to put food on the table and pay the bills. Incomes have stagnated while landlords, energy companies, banks and other vultures have extracted ever more of those depressed wages in rents, pre-pay energy cards and debt repayments. And the social security net that is supposed to stop you from crashing to the floor under the weight of this brutally unfair economy has had big holes ripped in it, all in the name of an austerity that no one any longer believes is necessary and according to the Prime Minister is supposed to be “over” anyway.

That truth has been washed away in the tide of the Brexit crisis, where a farcical and seemingly never-ending soap opera of buffoonish politicians have managed to mess it up so badly that Nigel Farage has gone from the wilderness to polling at 37 per cent in the most recent YouGov poll for the EU elections.

Farage has nothing to say about Universal Credit, poverty, housing, pay or any of the substantial issues affecting people struggling to make ends meet. But then again, neither has this government. All they can do is waste public money on a pointless advert to basically say ‘it’s all fine, don’t worry: you’ve got a job, you should be happy’.

Theresa May’s Government is on its last legs, but nothing will change if she’s replaced by another arrogant, out-of-touch Tory still murmuring platitudes about work being ‘the best route out of poverty’ and making ‘work pay’. The Metro Ad is symbolic of a government that has lost the argument, resorting to desperate, crass propaganda to hold onto power. The Tories should follow May out of office.

CommonSpace is funded entirely by small, regular donations from you: our readers. Become a donor today so we can continue our work.