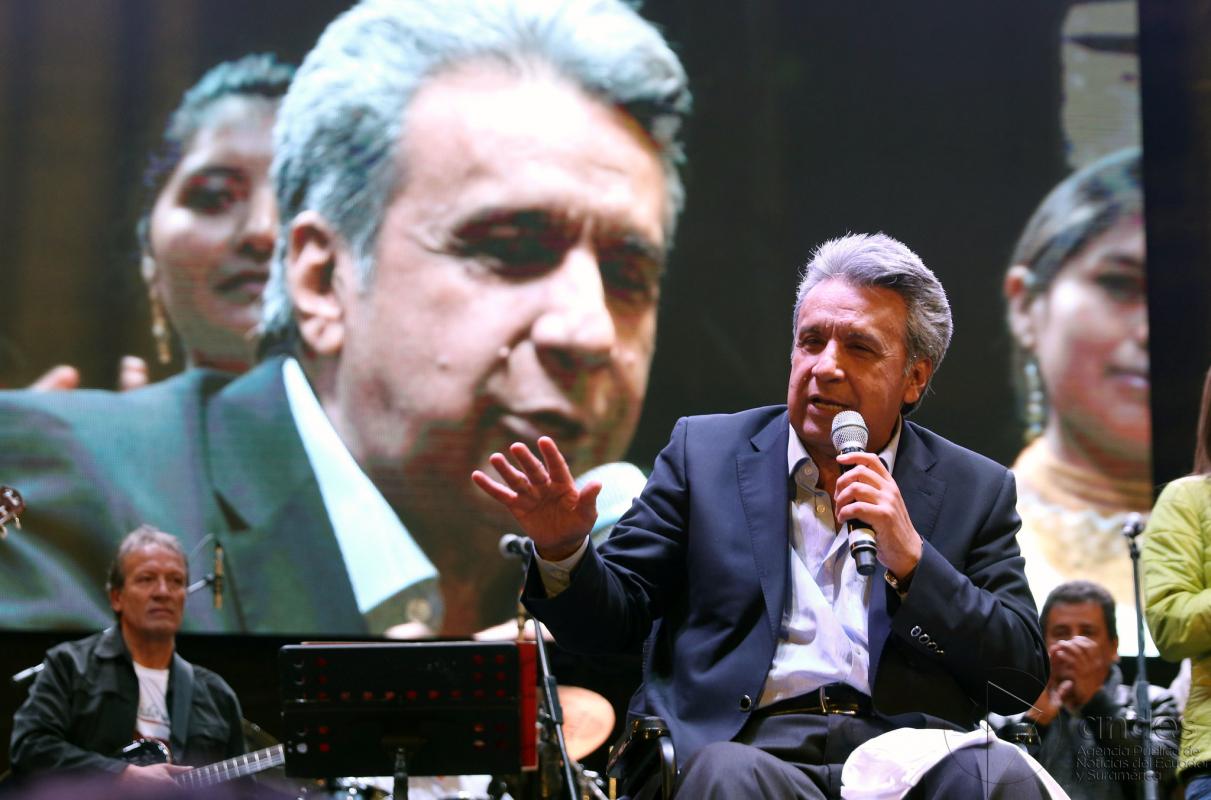 TWENTY years after protestors in London and Seattle took to the streets in opposition to the International Monetary Fund (IMF), the World Bank and World Trade Organisation (WTO) these institutions are once again attempting to overthrow democratic rule.

Attempts to smash popular ambitions in Ecuador have met with fierce resistance.

But as Scotland and Britain’s position in the world continues to shift under the impact of Brexit, and with some interested in a closer relationship with these very institutions, what do events in Ecuador tell us about the meaning of US power for us?

The battle between the IMF, World Bank and the Ecuadorian people has set the scene for decades of politics in Ecuador and the wider region. A banking crisis in 1998 led to the fragmentation of politics and the imposition of US, IMF and World Bank programmes in the country, including dollerisation.

In 2005 President Lucio Gutierrez, who himself was elected on an anti-neoliberal ticket, was ousted from power over his acceptance of free trade policies and IMF backed economic reforms in the country.

In the incoming government, an audacious finance minister Rafael Correa made a reputation by denouncing the IMF and World Bank and their demands on the country.

He would eventually resign after the World Bank withheld agreed loans, only to return as President in 2006 at the head of a new leftwing party, the PAIS Alliance.

Inaugurating a ‘Citizen’s Revolution’, which saw mass participation by social movements in economic, political and social reform including the replacement of corrupt governing institutions with a national assembly.

Economic reform charged ahead with a new constitution that would, in Correa’s words “liberate the country with a clear preferential option for the poorest and marginalised, prioritising human beings above capital”.

Public spending more than doubled by 2013, and by 2017 the proportion of the country living in extreme poverty had fallen from 20 per cent to 4 per cent.

Vice President Lenin Moreno himself was a key architect of the transformation of the lot of disabled people in the country. He has campaigned on rights for disabled people since being severely wounded in a robbery attempt in 1998, since when he has used a wheelchair.

But Moreno was noted by some to be cautiously distancing himself from Correa. He resigned his post in 2013, claiming he was leaving politics.

He suddenly re-emerged at the end of Correa’s third term in 2017 to stand as his replacement on the ticket of PAIS and the Citizen’s Revolution.

Within just months Moreno had largely abandoned his election policies and was attacking Correa’s legacy on every front.

Correa himself was forced to flee the country as Moreno established extra-constitutional instruments to purge the state apparatus of supporters of the former government.

Austerity measures, privatisations, attacks on workers rights and the halting of ambitious land and wealth taxes followed an unmistakable course of political reaction.

The Citizen’s Revolution certainly has considerable enemies within the country, including those wealthy and some middle class elements who resented it empowering of poorer Ecuadorians and their own relative loss of influence.

But, unmistakably, as with much of political life in Latin America, the presence of outside actors including the US, IMF and World Bank, was all too apparent. Moreno is carrying out a rapprochement with the IMF, accepting many of its demands for austerity programmes conditional upon a $10bn loan in march this year.

More broadly the country is being re-aligned to the foreign policy pre-occupations of the United States. Also in March, Moreno pulled the country out of the leftist and pro-soverignty Alba alliance of states. In June the government offered Ecuadorian territory for use by the US airforce.

Disquiet about the direction of the country quickly turned to resistance and has now reached the proportions of open revolt.

Throughout this year strikes and road blockades have caused increasing disruption in the country’s cities.

Earlier this month Moreno announced the scrapping of a four decade-old fuel subsidy, which he described as the “zanganería”, leading indigenous groups to spearhead mass demonstrations and rioting.

The phrase, which is related to ‘drone’ or worker bee, recalls an anti-working class slur used by wealthy Ecuadorians.

Moreno has deployed the military to the streets of the capital Quito and declared a state of emergency, but this move seems to have backfired as protestors stormed the parliament, forcing Moreno and other officials to leave the capital.

The UK and Scotland in the empire’s world order

In many ways these scenes will be familiar. In recent decades the back and forth of US power and resistance to it in Latin America has been a constant. The Ecuadorian movement suggests hope for progressive forces in the continent which have suffered reversals in recent years.

But beyond immediate events the balance of world power is shifting. The US is in relative decline and faces new competition in forces like China. This will not necessarily diminish its efforts in Latin America, indeed it may make them more urgent.

The IMF, World Bank, WTO and related organisations are not the seemingly world-beating organisations they appeared to many 20 years ago. Nor are they some insidious New World Order, but rather an extension of US power and economic hegemony.

For those in Scotland who want to see social justice, two immediate questions present themselves. First, ought Scotland be a friend of small nations like Ecuador, seeking independence from more powerful actors?

When a recent crisis struck the Bolivarian Revolution in Latin America, the SNP contingent at Westminster sided with the now apparently failed coup attempt. Is this the foreign policy that people in Scotland want?

The second question relates to Scotland’s economic relationship with US power. The US is already massively invested in the UK and Scottish economies. Some rightwing Brexiteers seek an even closer relationship, and a minority even to enter into a new relationship with the WTO.

In recent years, the IMF has also renewed its mandate in European countries, like crisis-stricken Greece.

The example of Ecuadorian resistance is a potent one for a country in the orbit of US power in a rapidly changing world.