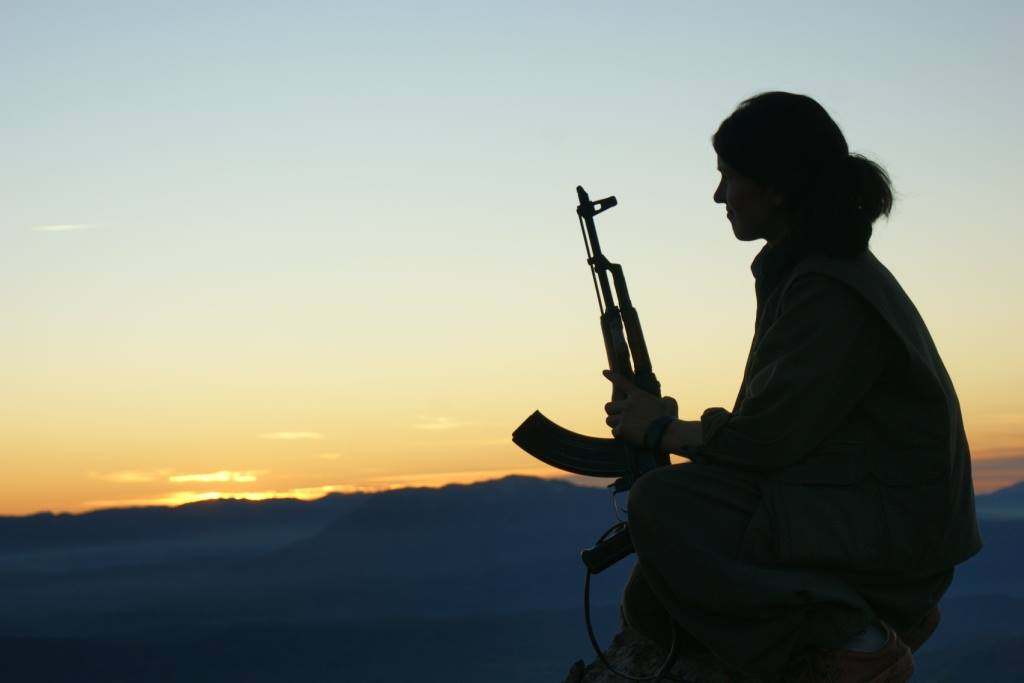 Not only is British and US foreign policy responsible for the rise of the so-called Islamic State group, but it is now breeding the conditions for future chaos

THE Daesh group (or the so-called Islamic State) has finally been crushed, by and at enormous cost to local populations, as it makes its last stand in Baghuz on the Euphrates river near the Syria-Iraq border.

At its height Daesh’s would-be ‘caliphate’ stretched over 34,000 square miles and established brutal rule over eight million people across parts of Iraq, Syria and Kurdistan.

By a fluke of history, the final stand for Daesh took place 16 years to the day of the UK and US invasion of Iraq. Unquestionably, the invasion of Iraq – along with the social dislocation and brutalisation it created – was the most fundamental ingredient in the rise of Daesh in 2014.

Just as that invasion sowed the seeds for the rise of the cultic terror regime, so the end of the conflict, and the UK’s reckless and chauvinistic response to it, threatens continuing chaos in a region ravaged by Western imperial intrigue.

A legacy of war

It is a testimony to the extreme destructive capacity of US and UK militarism that the complete destruction of the Iraqi state and society was achieved over such a huge area.

Local state authority was smashed through a succession of occupation policies from 2003. The first was the liquidation of the Ba’athist state shortly after the invasion, feeding the insurgency and destroying the capacity of the nascent state to resist Al-Qaeda type activity which exploded in the years following the attack on Iraq.

Secondly, the Iraqi resistance, made up of a complex of elements including Shiia Militias, nationalists and former Ba’athists, as well as Al-Qaeda type groups who would form the basis of Daesh, was responded to by the occupation with extreme violence. US forces in particular would repeatedly deploy collective punishment, and entire cities were levelled.

Thirdly, the creation of the sectarian rule of occupied Iraq and the economic exclusion of Sunnis by empowered Shia militias, particualrly in the North of the country, would create fertile ground for the growth of Daesh.

Much of the leadership and cadre of Daesh met each other in internement camps under the occupation. As is often the case with prison camps, young men entered traumitised and dissolute after years of horrific carnage and emerged as a solidified, ideologically coherent force with an established hierarchy and strategy.

The UK and US states created laboratory conditions for the rise of Daesh.

The complex remnants of Daesh

The movement which emerged from the prison camps, and was given an historic opportunity when the chaos of Northern and Western Iraq spilled over into the Syrian revolution after 2011, lasted almost five years from 2014. Once again, whithout the total destruction of local cohesion this would be untinkable. Daesh used their time to indoctrinate, extort, and oppress the millions who would fall under their rule.

The slow grinding-down of this rule, mainly by local forces including Kurds and Iraqi Shia militias re-organised into the Iraqi army, has finally forced the collapse of Daesh.

The complacency of the western media debate around what to do with the remaining cult followers is multi-faceted.

First of all, many of the Daesh following aren’t even with them voluntarily. Some are slaves, including Yazzidi children, who have been taken from their parents and used for labour and as weapons by the group, planting roadside bombs.

Many of the women in the caravans and camps are willing members, some of whom are still clearly indoctrinated. Some of them will have taken part in the crimes of the group. Journalists report that some are apprently begining to shed their indoctrination upon contact with the truth of the collapse of Daesh, the extent of its crimes and the abandonment of Daesh followers by the group’s leadership.

But many more of the women in Daesh were child brides, some of them groomed by a special Daesh unit apprently set up for the purpose, and using psychological manipulation techniques according to experts. Indeed, Daesh is known to use a wealth of indoctrination practices common to effective cult organisation, including schools and re-education programmes.

Of course, and by dint of Daesh’s extreme reactionary ideology, women members of Daesh are rarely in commanding roles, though some are thought to have fought or served with morality police organisations. But we also know that Daesh is an oppressive and brutal organisation which routinely deploys sexual violence as a weapon of control. We will likely learn many horrific truths about the treatment of Daesh women members in coming months.

The response to these complex issues by the UK media and political elite – including Home Secretary Sajid Javid who infamously stripped the citizenship from British national Shamima Begum, who was groomed and travelled to Syria to become a child bride when she was 15 – has been morally bereft.

But it is also been completely non-strategic.

As mentioned above, Daesh itself emerged from a complex of prison camps in Northern Iraq created by the US/UK occupation in the aftermath of the Iraq invasion.

Today, thousands of Daesh fighters and members are once again in captivity together. Kurdish authorities have repeatedly complained that European countries refuse to take back hundreds of foreign fighters belonging to their countries, and possibly thousands of women and children formerly attached to Daesh. Many of these individuals are traumatised, brutalised by conflict or remain deeply ideologically committed to Daesh.

The Kurds are struggling to feed and medically treat this large element of foreign humanity, themselves suffering shortages after years of grulling combat against the group and under continuous attack from Britain and the US’s Nato ally Turkey.

The Kurds must be the people most routinely betrayed by the Western powers in recent times. But their treatment now is of a different order. They have defeated Daesh, a problem not of their creation. Now the UK, responsible for the destruction that gave rise to the cult, is refusing to take back its own citizens who travelled to Kuridistan to commit genocide, against the wishes of this supposed British ally.

Without an international, rational and justice-orientated effort to control the fallout of the collapse of Daesh, many more problems will be gestated.

The UK, a major author of the tragedy in the region, looks set to cause yet further devastation.