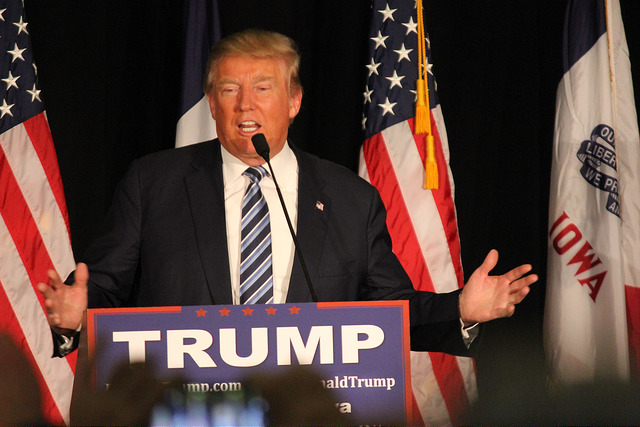 SOMETIMES garbage needs to get put where it should be – in the trash, as the Americans say, and in such a way as everyone bears witness.

Here’s the background: The Tories had put out a press release on Monday [7 May] claiming missed SNP targets since 2007 had cost the Scottish economy more than £80bn.

There’s lots of ways that the £80bn figure could be challenged, but first and foremost it is based on a basic maths error – the Tory researchers had counted the same economic activity many times over. For instance, they claim that Scottish GDP falling behind UK GDP had cost £1.5bn, Scottish GDP falling behind the GDP of other small EU countries had cost £4bn, therefore in total the Scottish economy had lost £5.5bn. But it’s the same GDP that the Tories are adding together! (Click here to read the full explanation of why the Tories figures don’t add up.)

The Times and The Herald, two of Scotland’s most serious daily newspapers, both ran prominent stories (here and here) based on the £80bn figure.

Then one Tory MSP after another got up in a Scottish Parliament debate today [8 May] on a Scottish National Investment Bank and used the £80bn figure to attack the Scottish Government’s economic record. It was a dispiriting site to witness members of parliament use figures that were flawed in the most basic way imaginable to justify their arguments in the chamber.

Then something good happened. CommonSpace published the article during the debate, and thankfully Scottish Greens MSP Andy Wightman, who was concluding the debate on behalf of the Greens, had seen the piece and challenged the Tories on it.

Tory Dean Lockhart MSP cavedin on the central point that the research was incorrect, but said that the main part of the £80bn figure was based on the economic impact from productivity being below the SNP’s target.

And he seemed pretty satisfied despite the obvious untruths his case was based on, refering to the coverage the research received in the press he said: “It just goes to show what you can achieve on a slow news day.”

This episode speaks to good and bad parts of the Scottish polity. The responsiveness of a MSP to challenge error-strewn figures against a party that Wightman doesn’t even represent is a refreshing commitment to maintaining the integrity of claims made in the chamber.

But what does it say about our political culture when the Scottish Tories can produce something with such basic maths errors that a child could notice them, which is then reported unchallenged in two major national newspapers and not just defended, but gloated, by the shadow finance secretary even when it’s pointed out to him why it’s error-strewn?

There seems to be a particular problem with the Scottish Tories – over 70% of articles the Ferret fact-checked from the Conservatives last year were false or mostly false, the highest of any party by far. Fraser in particular appears to be one of those Tory politicians who has witnessed Donald Trump’s ascendency through trolling and a light-touch approach to the truth and fancies himself as a bit of a mini-me to Donald.

Although mini-me Murdo with a Trump hair-do might be an amusing image, there is a real danger of sliding into a political environment where things like mathematics are no longer sancrosanct. The basic enlightmenment values of reason and logic can slip from our grasp quickly if we’re not vigilant – Trump-style dishonesty and ignorance should be resisted.