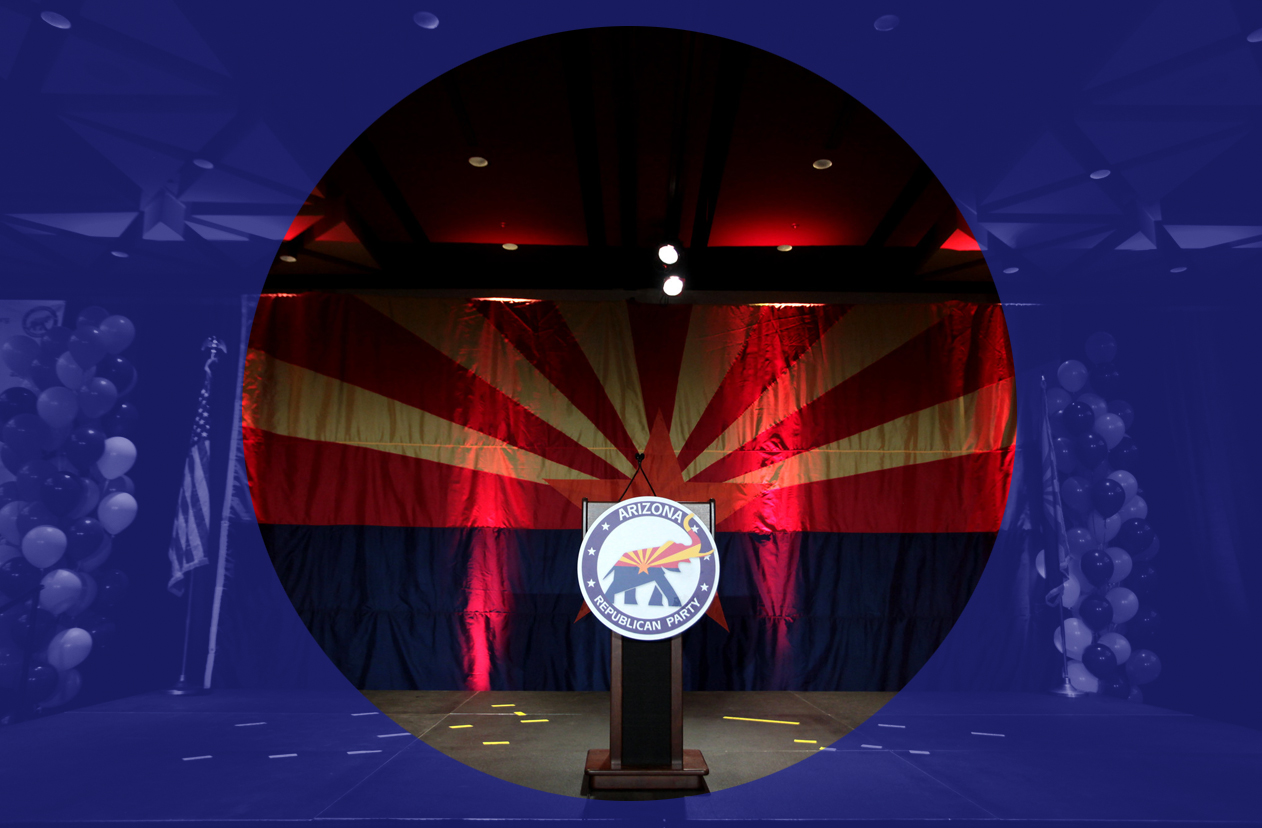 “Only the course of coming years will tell us if Trump’s experiment in erratic anti-politics in power leaves a legacy of disorientation, or renewal on the right.”

“THE DEATH of the Republican party has been proclaimed many times before”, says Michael Billeaux.

Billeaux, political sociologist at the University of Madison Wisconsin and a commentator on the US right and far right, argues that the Republicans experienced an initial shock from the events of Wednesday 6 January, when President Donald Trump’s hardcore supporters stormed the United States legislature in Washington DC. In the ensuing confrontations, five people died.

“You had a statement from the National Association of Manufacturers for example, the premier lobbying organisation of the capitalist class in America… JP Morgan, Wells Fargo, Citigroup. Major financial players announced that they would be cutting off their campaign donations.

“A number specifically singled out ceasing their political contributions to Republicans who vote to overturn the Electoral College outcome.”

And yet, he argues, there are many reasons to think the ‘Grand Old Party’ will weather this storm, as they have so many others. For years, demographers have warned that changes in the US citizenry – which is getting younger, more racially and religiously diverse, and more pluralistic in its social ethos – spelt doom for the party of evangelical Christianity and forthright patriotism.

Many writers have portrayed Trumpism as a cry of desperation from traditional Republican voters, who feel that their America is threatened with extinction. The outburst of rage earlier in January, and the refusal of so many Republican voters to accept the outcome of the November election, fits neatly into this version of recent history.

However, those elections also saw the creation not only of the largest Republican vote of all time, but one that was more diverse than in Trump’s shock 2016 breakthrough.

Trump himself must bitterly regret the events of 6 January. They have cost him a wide array of business relationships from golf to New York real estate – the bread and butter of his wobbly and erratic empire – prompted a second impeachment which threatens to bar him from ever holding public office again, and forced him to distance himself from some of his most hardcore supporters, at least for now. It has also helped Trump’s cautious opponents in the Republican establishment distance themselves from him.

He will suffer more embarrassments. In recent days, the hold-out Trumpist resisters, still refusing to accept the outcome of the election, have made more bizarre displays of discontent in state capitals. Though few in number and apparently aimless, some carried guns and wore fatigues to protest -, a reminder of the penchant for violence on the far right of Trump’s extended political scene. We may yet see more outrages, about which more traditional Republicans, anxious to defend the image of their party as one of power and prestige, must have serious anxiety.

Still, Trump had generated a powerful coalition in 2020, which the Republican party will have to reckon with despite their misgivings or outright hostility to Trump himself.

Billeaux notes: “The party is spending serious campaign resources in these places where Trump over-performed, making appeals to black communities in the cities.

“It is an option for them to pump the gas on peeling away these sections of Democratic support.”

This would be a strategy aided, he argues, by the orientation of the Democratic party under Biden: “The Democratic party and the Republican party face very similar dilemmas in terms of which constituencies they should appeal to, and what are the costs of appealing to them. The Biden campaign strategy was to appeal to white, affluent people in the suburbs. And it totally paid of in the sense that he won the presidency. It faltered in the sense that it did not win them victory legislatively.”

Trump has given the Republican establishment fresh impetus, and every excuse it would ever need, to turn away from that successful model. Some Republicans were keen to join Democratic colleagues in condemning the events on Capitol Hill.

Nonetheless, Billeaux believes that alongside the obvious challenges, there is still scope for the further development of the Trumpian wing of the Republican party: “In a way, getting Trump himself out of the picture I think could even help the Trump wing.

Unencumbered by the eccentricities of their figurehead, Trump’s movement could re-organise, Billeaux argues: “You have these young, more charismatic, more talented conservative leaders who can carry the mantle and adopt the same kind of policy positions – which are really not so different in the end from standard Republican positions. But they can offer a hard edge on immigration and refugees, resentment politics around the cities and black people, police worship.”

This is not just a question of the political environment of the world’s most powerful state – though that is significance enough. It is also a matter of the evolving viability of right wing politics across the western world, and what social limits it does and does not face. Only the course of coming years will tell us if Trump’s experiment in erratic anti-politics in power leaves a legacy of disorientation, or renewal on the right.