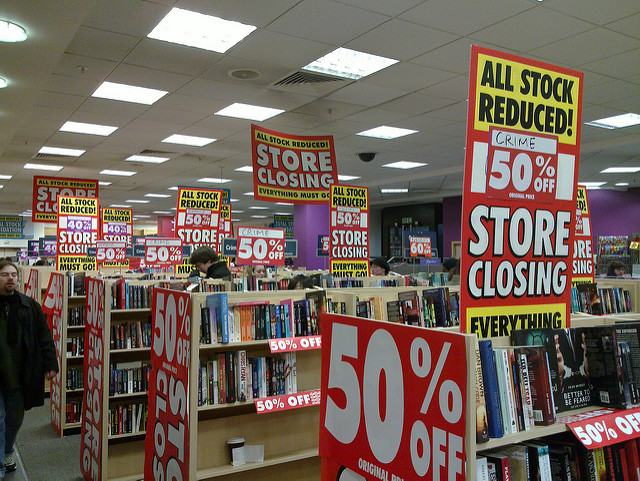 Are tax breaks really the answer to a slow-down in retail sales? CommonSpace looks at the structural issues in Scotland’s economy that need to be addressed to ensure economic prosperity

THE Scottish Retail Consortium wants the Scottish Government to deliver more tax breaks to the retail sector. The organisation, which has Scotland’s biggest retailers among its members, has said that online shopping, squeezes on household budgets and rising costs are causing it problems.

SRC have said there should be no more increases in Income Tax, a freeze on business rates and – somewhat bizzarely given its analysis of the problems in the sector – no government levies on out-of-town shopping centres and online companies.

The call for tax cuts follows a familiar cycle, some would say vicious circle, of austerity creating low wages and reduced consumer demand, which in turn reduces sales and leads to increased calls for tax cuts, which once again hits employment and wages.

Breaking out of this cycle is difficult for a devolved administration without the major fiscal levers to deliver higher government spending, and thus relieve the financial pressure on the non-government sector. Politicians who have fallen hook, line and sinker for neoliberal economics don’t like to talk about it, but government surpluses are deficits for the rest of us (doubly so when running a trade deficit with the rest of the world) – the inevitable consequence of austerity is a shrinking of aggregate demand as households are forced to spend less.

Beyond the UK Government’s quasi-religion of ‘public debt bad, household debt good’, they have also singularly failed to do anything to regulate or break up the rise of the tech monopolies, which in the case of Amazon in particular have led to the decline of high streets as online shopping takes over. Scotland has been worse hit by this phenomenon than any other region of the UK.

This is likely to be only the start of an enormous disruption to the retail sector, with a recent Fabian Society report identifying one million jobs in UK retail which could go in the future as the fourth industrial revolution hits its stride. That’s one million out of 2.8 million, more than one-third.

That brings us to the issue SRC does not highlight as a source of the retail sectors problems, which is the retail sector itself. One of the most unequal industries in the UK between lowest and highest paid, more workers in Scotland are in low-paid jobs in retail than any other sector proportionally. Since retail is among the biggest of the service sectors, this in itself hits demand for retail goods (the person that sells you your shoes in Primark has to buy shoes as well).

So before SRC look to tax cuts, they might think about how their own sector could be restructured to increase incomes of the low-paid. Henry Ford worked out that unless he paid his workers a decent wage they wouldn’t be able to buy the cars that they built. The retail sector could do with having the same idea today.

READ MORE – In the red: Household debt spirals to worst point on record in UK

Mackay should resist SRC’s knee-jerk calls for tax cuts and instead think about how to address the real problems in the Scottish economy, which is how to make it not as overly reliant as it is currently on the low-pay, low-productivity retail sector and unsustainable consumer indebtedness. Business investment in Scotland is still well below it’s pre-crash peak (and it was not high in European terms then) and public investment remains low. The chronic lack of investment into Scotland and the UK’s economy explains its stagnant productivity.

Cutting business rates will not increase business investment, it will just lead to a greater share of returns going to profits and then into assets or offshore. Cutting income tax will only reduce demand further as Scotland’s public-sector shrinks and wages decline even more. And what getting rid of levies on out-of-town shopping centres and online companies going to do for Scotland’s high streets is anyones guess. The cheap consumer goods, cheap consumer debt economic model is not sustainable economically or ecologically. Deeper structural changes are needed in Scotland.

Picture courtesy of The Ewan