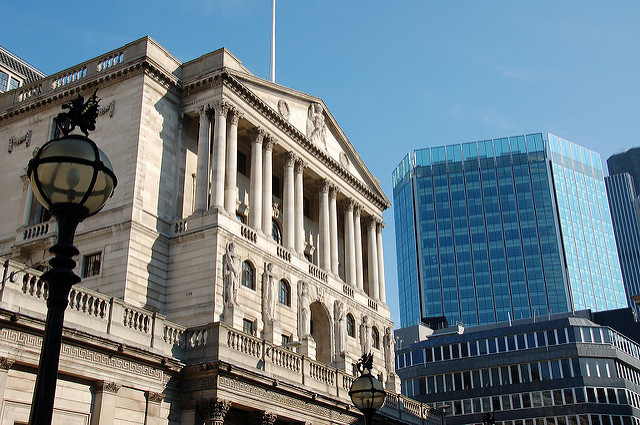 CommonSpace editor Ben Wray analyses the detail of the currency section of the SNP leadership’s motion to the party’s spring conference, and finds there is reason for advocates of a Scottish currency to be seriously concerned

WHEN supporters of a Scottish currency saw the front cover of The National on Thursday evening/Friday morning, most rejoiced.

It appeared that the SNP leadership had listened to the widespread criticisms within their own party and the wider independence movement and decided to dump the Growth Commission’s idea of continuing to use pound Sterling informally in an independent Scotland. 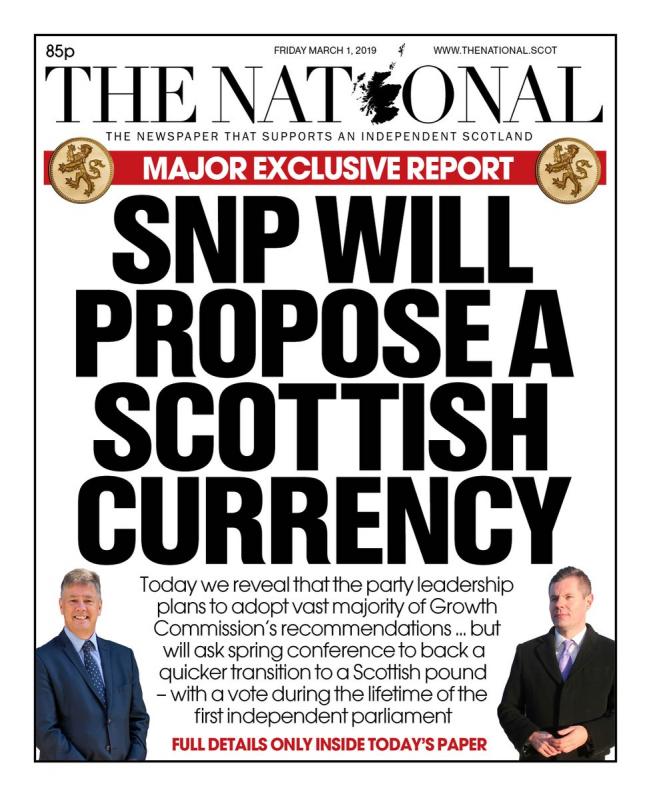 But some urged caution, noting that the details had not yet been published and that they would be all important in determining what the position really would be on currency going forward.

“We need a clear declaration from Keith [Brown] that the bogus six tests laid down in the Growth Commission Report have been dropped. Starting a new currency is a political decision. It must not be subject to veto by the banks.,” George Kerevan, prominent critic of the Growth Commission, told CommonSpace.

Lo and behold, on Saturday morning details of the motion set to go to SNP spring conference on April 27-28 were leaked, and the worst fears of currency advocates were realised. 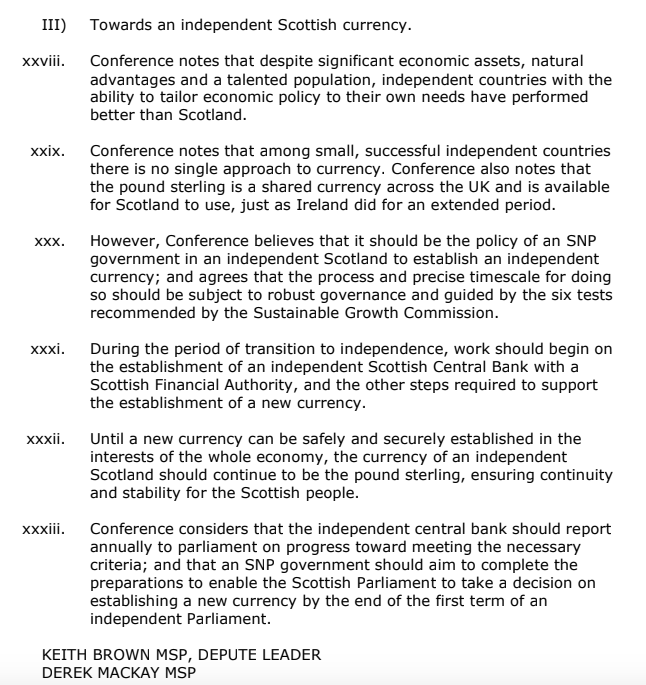 There are several areas of concern here for Scottish currency advocates, but perhaps most crucial is that the Growth Commission’s six tests remain in Keith Brown and Derek Mackay’s currency plans.

The six tests, like Gordon Brown’s five tests for the Euro when he was Chancellor and Keir Starmer’s six tests for supporting May’s Brexit deal, have just one purpose: to prevent the thing you are testing from ever coming to fruition, without publicly rejecting it outright.

So for example two of the tests relate to the economic development pattern of the Scottish economy: whether it is de-linked from the rest of UK’s investment patterns and the rest of UK’s economic cycle. But without first establishing a Scottish currency, it is extremely difficult for an independent Scotland to break from the UK’s development model, as an independent Scotland will be locked into the City of London and bound to the Bank of England (and by extension the UK Treasury), as we’ve outsourced monetary policy to the UK state.

Brexit is likely only to increase the extent to which Scotland is strapped into the rest of UK’s development pattern: especially since an independent Scotland couldn’t get EU membership while using rUK’s currency.

One of the six tests is that an independent Scotland would have to have already built up sufficient reserves in other country’s currencies before introducing a Scottish currency. Monetary experts have suggested a Foreign Currency Reserve could be as much as £30-40 billion. But with no guarantee of introducing the currency, an independent Scottish Government would have little to no incentive to finance significant foreign currency reserves in advance out of tax revenues, meaning a Scottish currency would automatically and continually fail the test.

Finally, one test proposes that the Growth Commission’s proposals on reducing the prospective deficit of an independent Scotland within the first years of independence, regardless of growth rates, would have to be met prior to establishing a Scottish currency. Leaving aside the fact that the rest of Brown and Mackay’s motion ignores the GC report’s fiscal rules and rejects austerity “outright”, as years of Tory austerity has shown, sound economic governance is undermined – not enhanced – by austerity.

The six tests asks for a Scottish currency to answer for the inevitable problems of a Sterlingised Scotland. This is akin to posing six tests before establishing an independent Scotland, asking a prospective independent Scotland to account for the UK’s economic track record. Clearly, Scotland is unable to do this prior to independence and should not be asked to. Surely this is equally true of a Scottish currency?

Plus, the reality is that Sterlingisation is not the status quo: it in effect privatises Scotland’s money supply, something we do not have at present and which would impose tight restrictions on fiscal as well as monetary policy, with a Scottish Finance Minister only able to do what is acceptable to the City of London and the UK Treasury.

The motion correctly states that “no single approach” to currency is taken among small, independent countries, but as Common Weal head of policy & research Craig Dalzell has pointed out, there is no precedent for Sterlingisation in a country with an economy the size of Scotland’s within the UK Poundzone.

“All of the countries involved – such as Ecuador with respect to the US dollar, Montenegro to the euro or Liechtenstein to the Swiss franc – have very small economies compared to the currency zone they are informally part of. None of the countries mentioned above have economies of more than about one per cent of the GDP of the overall currency zone. As of 2017, Scotland’s GDP is about 8.2 per cent of the GDP of the UK,” Dalzell states.

Notably, there is no such tests for the introduction of Sterlingisation, despite it being a much more experimental approach to a new state than establishing a currency.

And while the motion is correct to state that the currency “is available for Scotland to use”, so is any internationally recognised global currency: that’s different from owning and controlling the currency with the powers of money creation, setting interest rates and everything else that goes with monetary policy.

As tax economist and supporter of a Scottish currency Richard Murphy has pointed out, the comparison Brown and Mackay make between the Irish Free State’s use of the pound post-independence from Britain is hardly a positive one, widely seen as a disastrous move.

Finally, there is the all important question of process and timing. The motion’s plan to put the idea of a Scottish currency up to annual assessments – “guided by the six tests” – may sound sensible, but it’s a recipe for constant uncertainty about the direction of the Scottish economy. With Scotland Sterlingised, it will be under enough pressure from money markets to justify low borrowing rates while having no lender of last resort in a country with an out-sized financial sector.

In many ways the motion simply creates more confusion: whereas the Growth Commission stated clearly that it would want an independent Scotland to start life Sterlingised with a Scottish currency possible “at some future date”, Mackay and Brown’s motion states that they want a Scottish currency, but don’t want to introduce it before subjecting it to annual tests which it’s bound to fail and which will be a source of attention for money market speculation.

SNP members will have to decide at the spring conference next month if they want to be in favour of setting up a Scottish currency properly – which means with full commitment and as soon as the country’s ready for independence day.

Some have argued that this is premature, but if it’s premature to set-up a Scottish Central Bank and currency, then why isn’t it premature to set up all the other institutions that an independent Scotland needs like a military, a foreign office with international embassies and an immigration system? You are either ready to be a proper independent country or your not; you either set up a currency or you don’t. The alternative to doing this properly is to go into a future independence referendum with a half-way house which doesn’t make it clear to voters whether a Scottish currency is coming or it isn’t.