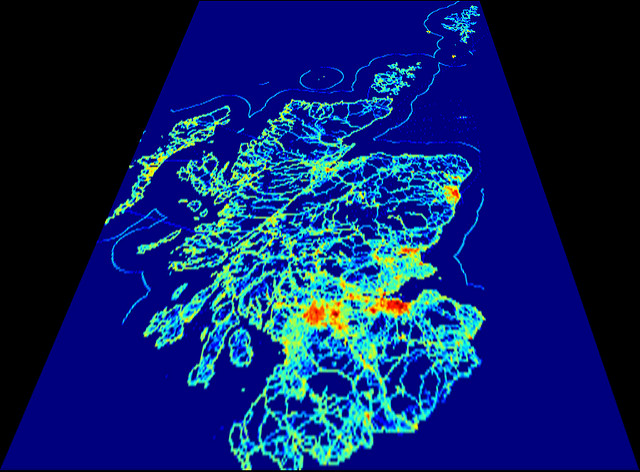 CommonSpace editor Ben Wray finds that although the Brexit crisis changes every day, the three big challenges facing the independence movement have not fundamentally changed

THE crisis of the British state appears to be reaching a crescendo. With a looming vote in the House of Commons on Theresa May’s Brexit-EU Withdrawal Agreement, the constitutional future of Britain is up for grabs.

As Albert Einstein once said “in the midst of every crisis, lies great opportunity”, so surely a constitutional crisis this deep for the UK presents openings for Scottish independence?

That, so far, is unclear. While Nicola Sturgeon has said that the current meltdown reaffirms the case for independence, the signs are that she does not see an immediate insurgency on the horizon. The First Minister told a Women for Independence AGM at the weekend that the SNP may need to win another mandate at an election for a referendum, despite already winning one in the 2016 Scottish elections.

Sturgeon’s focus has so far appeared to be on trying to resolve the crisis at the UK level, having spent yesterday [20 November] in London negotiating with Labour, Lib Dems, the Greens and Plaid Cymru on how to build a common front against May’s deal and develop some sort of alternative.

However, SNP constitutional affairs spokesperson Michael Russell MSP appeared to suggest on Monday that a vote in the House of Commons for the deal would trigger a new indy drive from the Scottish Government.

But amid the day-to-day developments of Brexit, the profound challenges facing the independence movement have not really changed. If independence is going to be the answer to the question of ‘what to do about Brexit?’, three big challenges have to be addressed.

Why are the polls not moving, and how do we shift them?

Putting aside Scotland in Union’s leading poll published earlier this week, which framed an independence vote as leave v remain, the general trend of polling has not been very good for the independence movement. From April 2017-October 2018, every poll has shown a No lead, most well outside the margin of error.

The underlying data has suggested there is sufficient room for movers from No to Yes, with the economics of independence for the first time polling better than the UK in a June poll, but there is no doubt that there is work to do on shifting the polls.

There is different ways of looking at this. SNP MP Angus MacNeil has made the point that a referendum campaign would provide the momentum to shift the polls, like the 2014 one did. When the Edinburgh Agreement was signed in January 2012, independence support was, according to political scientist John Curtice, hovering between 32-38 per cent. Two years of campaigning increased that to 45 per cent on referendum day. With something like an 8-15 point gap to close now, and with the UK in an obvious state of turmoil, perhaps the challenge is not too daunting.

Another theory is that the number of undecideds has dropped markedly in that time, with people now familiar with the debate like they weren’t in 2012. Plus, if we lose again, Scotland could end up in a Quebec scenario, where independence really is off the agenda for a generation.

This perennial debate will not be solved in theory. The only purposeful action is to try to shift the polling in practise, which currently means outside of a referendum campaign.

How do we do this? The Scottish Independence Convention is attempting to establish an independence campaign with proper infrastructure out with the context of a referendum. All Under One Banner has more marches lined up for next year. The National Yes Registry continues to organise grassroots activists. But will any of this cut through if the case is not consistently being made from SNP leaders?

If they were to make the case more, or if the grassroots is to lead on making the case, what messaging do people need to here? Should it be framed around maintaining Scottish EU membership, or should the pitch be detached from that issue and focused more broadly?

How does the Scottish Government secure a Section 30 order?

All the signs suggest the answer to this is almost certain to be: No. When David Cameron signed the Edinburgh Agreement it was a calculated gamble: with No well ahead in the polls in 2012, he saw it as a means by which to crush the SNP once and for all. Despite winning the referendum, the Tories know that was a mistake – the referendum created an independence movement that is now a permanent feature of Scottish political life, and massively strengthened the SNP’s grip on Scottish politics.

If you are a Tory, struggling to manage Brexit and with a support base in Scotland which includes hardened unionists who do not ever want to see another independence referendum again, what incentive would you have to allow a second independence referendum to happen? It would be naïve to think they would make such a decision based on anything other than raw political calculation.

Indeed, it is important to see that Scottish Labour and the Scottish Tories are trying to resolve the question of whether a referendum can ever happen again at the level of a UK General Election, seeking manifesto commitments for the next General Election (currently scheduled for 2022) which would bar one for the next five years.

So the First Minister’s suggestion that if a Section 30 order is rejected the SNP should seek to secure a mandate for one in the next election turns out to be the route she goes down, there remains no guarantees that this approach would yield results.

It is tempting to think that anti-democratic hostility and belligerence would cost pro-union parties at the ballot box, but there’s not a lot of evidence to back this up at present. If the issue of the right to self-determination is not turned into a major hostage to fortune for unionists, they could get away with it.

This is where extra-parliamentary activity surely comes in. If the legal routes are blocked they must be unblocked. That may at some point mean a Catalonia route, although the dangers of this are clear, but it surely at least needs some strategising about what sort of political pressure can be exerted to shift the balance of forces on this issue. One thing is for sure: it won’t be as straight forward as the Edinburgh Agreement.

Do we have an independence programme ready?

The final issue that independence supporters face is this: are we really prepared for a referendum campaign?

Do we have a plan for what currency Scotland will use? Do we know what we will do about the post-Brexit rUK-Scottish border? What is our plan for the legacy deficit an independent Scotland will inherit? What’s our approach to what remains of North Sea oil?

The harsh fact is that we don’t currently have compelling answers to any of this, and on the first of these issues the independence movement is divided.

The SNP’s Sustainable Growth Commission has not been officially endorsed by the party and it is likely that there will be a debate and vote at the spring conference next year. The GC’s proposals around sterlingisation and fiscal consolidation have been divisive, and it’s difficult to see how using pound sterling can be compatible with EU membership.

The problem of not having an up-to-date plan for at least the basic issues like what money will be used on the first day of independence is not one that will go away. The problem presented by the GC report, therefore, is an issue that will sooner rather than later need to be resolved if the Yes movement is serious about independence as an answer to the Brexit crisis.