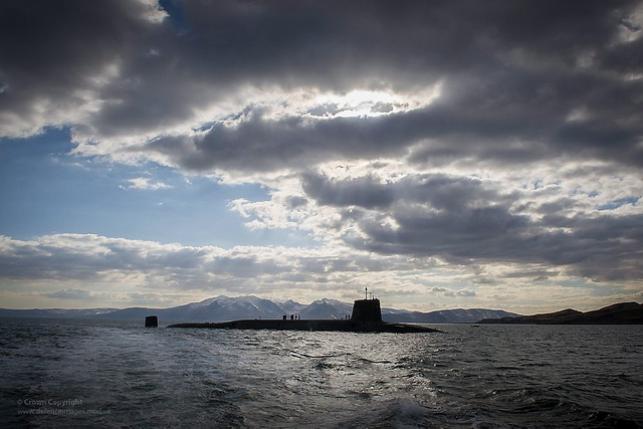 ONE does not usually expect to encounter realpolitik from any branch of the Campaign for Nuclear Disarmament – not even a specialist section intended to muster support within a political party, where horse-trading and sliding principles are less surprising.

Nevertheless, the new report from the SNP CND, Roadmap for Trident Removal, matches the idealism behind its historic aims with either pragmatism or cynicism, depending on your point of view.

The paper approaches the unresolved debate within the independence movement over Scotland’s potential membership of the North Atlantic Treaty Organisation with, if not an entirely neutral perspective, then at least a willingness to put practicality above ideology. Highlighting the example of non-aligned Finland in particular, the report suggests that an independent Scotland could use the possibility of its membership in the sprawling Western military alliance as a compelling bargaining tool in order to ensuring the withdrawal of nuclear weapons from our national borders.

Given that the SNP has, since the 2012 reversal of its decades-long opposition to Nato, committed itself to both membership and an end to Trident, the SNP CND presents this strategy as a realistic means of achieving equal levels of cake ownership and consumption, as well as addressing the concerns voiced by one unnamed SNP dissenter in 2012, who told the Herald: “As soon as the leadership win on Nato, they’ll be wanting to keep Trident next.”

Reiterating the group’s position from the 2013 party conference, the report states: “Nato membership should be considered when the last Trident-carrying boat sails down the Clyde.”

In our report published today, CommonSpace sought comment from the SNP’s defence procurement and nuclear disarmament spokesperson Douglas Chapman MP, who offered little specific endorsement or rebuttal to the roadmap, but broadly defended both the commitment of his party to removing Trident and the SNP’s current line on Nato. Perusing his comments, one could be forgiven for thinking that its inconvenient arsenal of humanity-obliterating weaponry was the only objectionable aspect of the alliance, and that this circle could be squared with little difficulty. Even if it can, concerns remain, and neither Chapman’s reassurances or the new roadmap do much to assuage them.

Firstly, while the SNP leadership may see Nato membership and the dismantling of Trident as entirely compatible, there is no guarantee Nato itself – or the UK Government – can be convinced of this. In the aftermath of independence, should the remaining UK – likely bruised by the impending demotion of its status as a world power – gum up the negotiations on Trident’s removal, this itself could pose a barrier to Scotland’s entry into Nato, given that senior SNP figures were reportedly told by Nato officials prior to the 2014 referendum that an independent Scotland would not be accepted as a member-state whilst it was engaged in dispute with the UK Government over where Trident will be based. In that scenario, what would the Scottish Government concede on – a speedy timetable for Trident’s removal, or getting into Nato?

This is, admittedly, hypothetical. What isn’t hypothetical is the reality of Nato, which differs greatly from Chapman’s characterisation. The Western military bloc formed in counterbalance to the Soviet Union, forever poised in an apocalyptic game of brinksmanship, has never recognised either the dangers it once posed to life on Earth, or the obsolescence which it has sought to deny through continued expansion and conflict.

As a result, Nato has been at war in Afghanistan – somewhat beyond its original staging ground – since 2001. The failed state of contemporary Libya, and the nightmarish reality of those who risk all by either staying in the country or fleeing as refugees, can be traced back to Nato’s illegal 2011 invasion. For an organisation intended to keep a lid on geopolitical tensions, it has instead enflamed them, moving ever closer to the borders of an increasingly belligerent Russia, to the point of even discussing membership with Georgia and the Ukraine. As Medea Benjamin and Alice Slater of the campaign group CodePink pointed out, “one can only imagine what the response would be in the United States if Russia were to invite Canada and Mexico into its military alliance.”

Even if Trident were removed, it’s difficult to square membership of nuclear ‘first-strike’ Nato – an all-but-unaccountable international military force dedicated to maintaining US hegemony even while sowing chaos through its very presence – with a principled opposition to nuclear weapons, never mind a consistent supporter of peace. Surely, to reject Trident is to reject what it represents, and that means Nato.