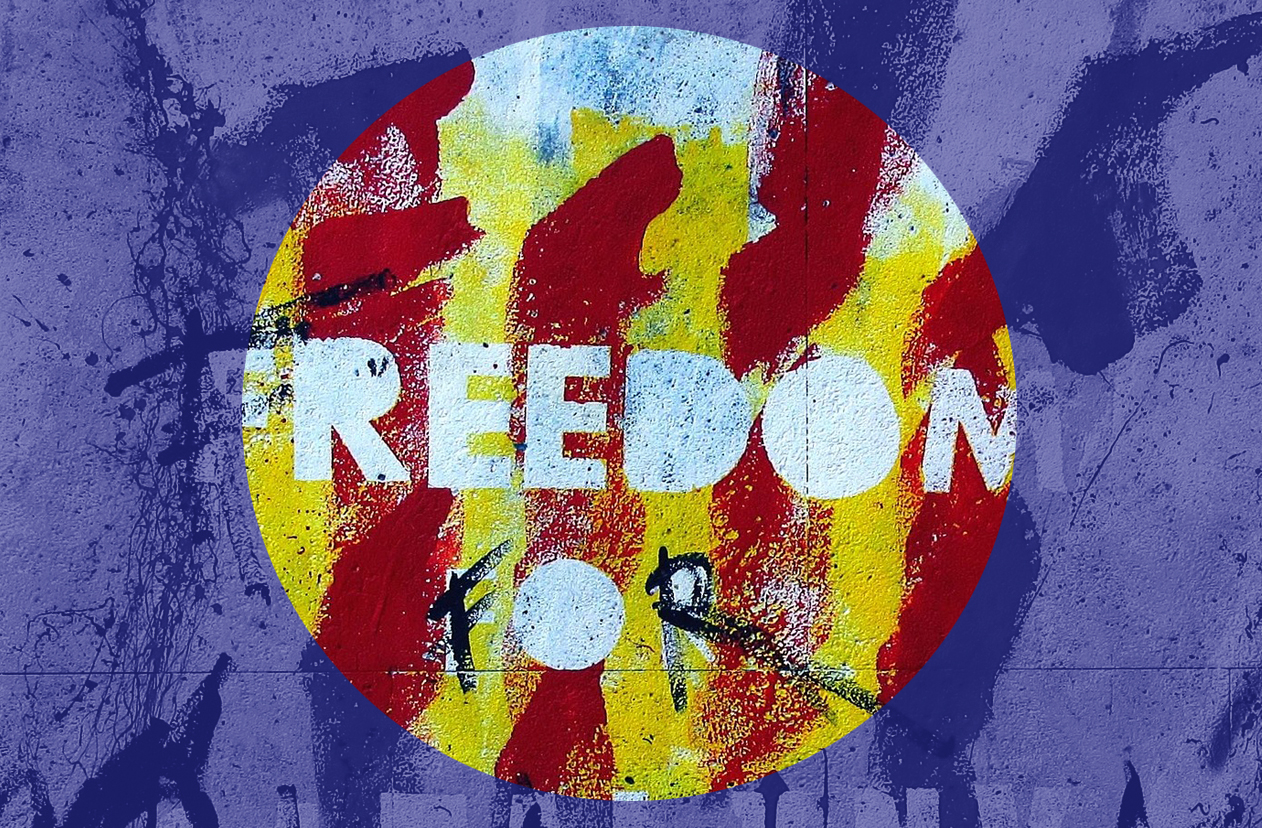 “The Catalans have been both talking and acting, with mixed and confusing results. But even their confusions are more fruitful than baseless certainties, and unexamined problems.”

THE CATALAN ELECTIONS (Sunday 14 February) recorded strong gains for the pro-independence movement, albeit on a low, pandemic-impacted turnout.

Almost instantly, amid the horse-trading to set up a coalition government, different independence strategies came to the fore.

As Ben Wray, reporting from the neighbouring Basque Country documented: “Esquerra wants to obtain victories from the PSOE-Podemos government in a slow accumulation of forces for the independence side, seeking no return to the days of 2017. Junts (led by ousted President Carles Puigdemont) is more hostile to the government in Madrid, and (rhetorically at least) demands the result of the 2017 referendum to be respected and independence delivered. CUP seeks a new referendum and a strategy for building state power in the teeth of Spanish state resistance (something totally absent in 2017).”

It speaks to the healthy capacities of the Catalan movement that such debates can occur. Not only do they have three strong pro-independence parties, but a much wider galaxy of non-party social and cultural movements. The 2017 confrontation with the Spanish state was facilitated by these, by a deeper integration into local authorities and other state institutions (without which polling would have been difficult) and by a long history and tradition of militant and mass political action.

Nonetheless, the Catalans – like the Scots, like the Quebecois and the Basques – are not independent yet. So far, no one in this informal fraternity of ‘western independentists’ has actually arrived at the promised land. It is remarkable how rarely this is considered (the reason for this we can speculate upon later in the article). More remarkable for the fact that this should not be cause for misery – there does indeed have to be a first time for everything.

For now, there are many more national independence movements in Europe alone who share the deadlock within multi-national states. Some of these challenges are from small or obscure movements, others are in nations which are already formally independent but agitate within a powerful sphere of influence (such as Ukaraine within the Russian sphere, or its Russian-speaking tearaways within the Ukrainian), and some even contain reactionary and chauvinistic elements (we tend to associate left opinion with such movements and ignore Flemish and South Tyrolian examples). But over a vast and highly differentiated field, national independence movements have consistently been frustrated by the overweening power of the state, typically backed in its demand for continued state cohesion by the bulk of the business classes and with the acquiescence or active support of wide layers of the population. Indeed, in the European arena, borders have typically been shifted by the military force of the larger nations.

Scottish nationalists often cite the emergence of dozens of once colonised or semi-colonised nations from under European control (not least the British Empire) in the 20th century as evidence of the natural justice of independence causes. But of course these movements had a different character, representing a conflict between extractive metropolitan centres and exploited peripheries where theft of material wealth was enforced by the gun and the ballot box was forbidden (Ireland is in the unusual position of straddling both categories).

In our metropolitan examples though, there are sometimes degrees of political repression and national oppression (such as Northern Ireland and the Basque Country, where language and social movements were repressed), these nations are smack in the middle of global economic activity. In most cases they have achieved democratic rights similar or in full parity with those of the ‘dominant’ national element, or the trans-national state as a whole. In some cases, as in Scotland and Catalonia, the national movement is situated in one of the more affluent parts of the larger trans-national block.

This on its own doesn’t explain the difficulties experienced by national independence movements. Democratic rights have often provided nationalist movements with essential platforms for their growth. Scotland is a case in point, and few, even among the SNP’s sternest critics, would deny that the party has played a key role in both keeping the independence cause alive in fallow years and raising its profile to national majority support (few should also forget the decisive role of a non-party political, extra-parliamentary street and community movement in bringing about that situation).

And the relative affluence of Scotland, Catalonia or Quebec seldom restrains class and socio-economic grievances. Indeed, in all these cases though to varying degrees, concepts of class betrayal often loom large. De-industrialisation has often been understood through a national framing (aided in part by the open connivance of social democracy in programmes of economic liberalisation).

Yet clearly, the surges in support of independence in many of the countries under discussion, based on class and anti-systemic antagonisms, and advanced by such democratic rights as exist, have hit buffers. In some countries, like Quebec, the independence movement has entered deep sleep after consecutive failures to advance. In most, the national question hangs ominously over politics, with such influence that it is hard to remember a time without their presence.

This situation is rarely discussed, for the simple reason that in benefits no faction in the independence movements themselves, nor their opponents, to discuss it. Why note areas of doubt when you could call people to your banner?

The point is not to assert that any of this is easy. No one, examining the bigger picture of these western independence movements could possibly maintain that. The fundamental problem is rather that we are not even really discussing the problems as they are truly posed.

For now, various actors claim they have various, relatively simple, solutions to the impasse in Scotland – with ‘Plan B’ no more simplistic than ‘Plan A’. Claims that the matter would be settled within a time frame of months have repeatedly circulated since 2016, including from the SNP leadership, in order to create a brief sugar-rush of enthusiasm on the independence side. Not only has this bred internal frustrations in the movement, it has also stymied the necessary debates about the true strategic dilemmas any independence movement faces.

By contrast, the Catalans have been both talking and acting, with mixed and confusing results. But even their confusions are more fruitful than baseless certainties, and unexamined problems.