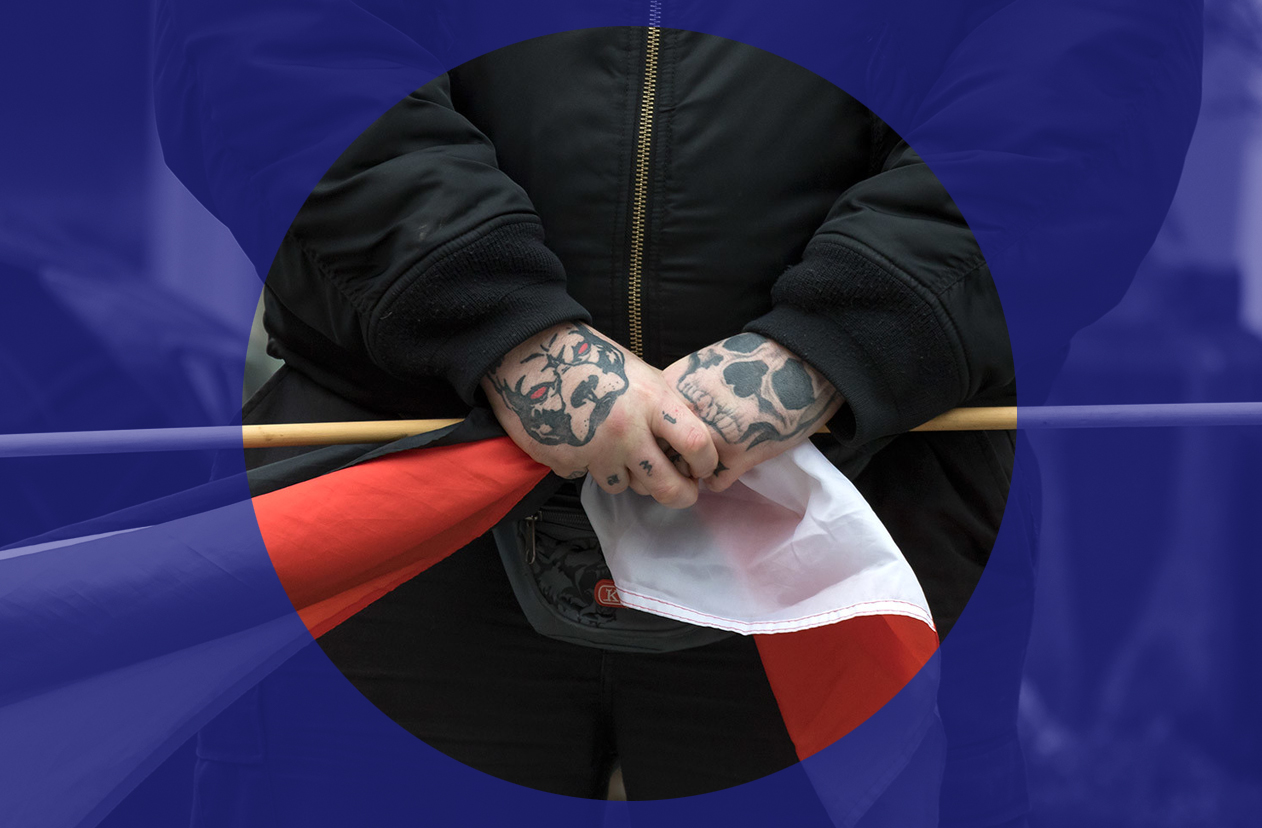 With mounting evidence that ‘lone wolf’ attacks are actually manifestations of organised far-right politics, is it time to refocus on fascism itself?

IN 1968, Joseph Bachmann shot and gravely injured radical student leader Rudi Dutschke in Berlin. For decades afterward, Bachmann was described as an ‘anti-Communist’, the useful Cold War moniker he supplied himself, and his difficult life of wandering and criminality were often alluded to in explanations for this confused, angry young man.

In 2009, it was revealed that Bachmann had in fact been in contact with a Neo-Nazi terror cell in Peine, who are believed to have supplied him with both ideological succour and weapons training. This pattern of misapprehension has been in train ever since. Isolated acts of ‘lone wolf’ violence, perpetrated by isolated young men who are identified as products of the ethical malaise of modern society rather than any distinctive political movement, turn out to in fact to have been organised fascists.

Today, the ‘lone wolf’ archetype is as ubiquitous as the fear of their hard-to-uncover conspiracies of one.

On 27 August we awoke to news both that Brenton Tarrant, the racist gunman who murdered 51 in the Christchurch Mosque in 2019, had been convicted to life imprisonment without parole, and that 17-year-old Kyle Rittenhouse had been arrested in connection with the shooting of Black Lives Matter (BLM) protesters in Kenosha, Wisconsin. Two protesters were killed and a third seriously wounded while protesting against the police killing of a young black man, Jacob Blake.

Far-right gunmen have become a firm fixture of the news cycle, both responding to and driving events. The interpretation of their phenomenon have naturally become contested.

The most widely used frame to understand this phenomenon is that of the ‘lone wolf’. A violent far-right operatives committing murderous attacks alone, supposedly detached from wider organisational far-right activity.

This concept has become the go-to for reporters and pundits, and lends itself to a certain form of analysis: one which investigates racism, loneliness and alienation, the ‘crisis of masculinity’, gun ownership, online subcultures and a more general moral panic about social standards and ‘political polarisation’. Every aspect of the facet is explored in the subsequent discourse, except for the distinct phenomenon of modern fascism.

This is a little odd, given that the origin of the phrase is in the fascist right itself. The concept was developed by far-right activists Louis Beam – a proponent of ‘leaderless resistance’ and ‘phantom cell’ organisation, with decentralised fascist militants launching attacks independently of hierarchy – and Tom Metzger, who called on people to commit regular anonymous attacks, a method that would go on to be described as ‘stochastic terrorism’.

The virtue of such approaches, they argued, was the relatively difficulty of state monitoring and subversion. The idea of small autonomous terror cells was dramatised in The Turner Diaries, which inspired the Oklahoma City bombing. But it is a little odd that a concept born in the fevered imagination of Neo-Nazi and white supremacist cranks has been accepted so completely in the mainstream of media and politics.

Limits of a metaphor

Even at a glance there are significant problems with this metaphor; are these actions really being carried out by ‘lone’ actors? Not in the case of any of the supposedly characteristic examples.

In the two attacks mentioned above, Christchurch and Kenosha, far-right mass organisation preceded the violence. Tarrant drew up his plan and his manifesto on extreme right-wing message boards. Many of the ideas, tactics and pseudo-philosophical themes discussed there ended up in his communications to the world at the time of the attack. He even broadcast his shooting spree to these online forums.

The internet has served to mystify many forms of social organisation. If Tarrant were a fascist in the 1930s, involved in a substantial correspondence of letters leading up to his attack, this would have been described as a fascist conspiracy, resulting in a violent outrage. The digital medium hardly changes that dynamic.

In the Kenosha affair, organisation is even more proximate. Recent BLM demonstrations have been attended by groups of armed men, referring to themselves in the language of far-right online subcultures as the ‘Bugaloo’, a euphemism for a second US civil war fought on racial lines. This subculture dovetails with the older US ‘militia movement’ of paranoid nationalist paramilitaries, who fear a one world government will deprive them of their rights.

The sight of young white men strolling around protest sites with assault rifles has become common in US cities. Shockingly, evidence appearing to show fraternisation between police and these armed groups is mounting; in Kenosha, police have been filmed distributing water to armed groups. The idea that these men are acting beyond the surveillance of the state naturally takes on a new importance, but it is not feasible, at least in these cases.

Concerns over the politically convenient category of the ‘lone wolf’ analysis – which can deprive the phenomenon of fascist violence of its fundamentally political character – have been mounting in academic and far-right monitoring circles for years.

This is the argument made in an article for the academic Conflict and Terrorism Studies journal ‘End of the Lone Wolf: The Typology that Should Not Have Been.’ It argues that “lone actors’ frequent inability to recruit or join others for terrorist purposes does not mean that they drop all social interaction or that their social environment plays no part in their offending. Lone actors typically radicalize in both online and offline ‘radical milieus.’”

Most damaging to the concept of the ‘lone wolf’ is the clear pattern established over decades, which shows that lone wolf attackers are almost always veterans of the Neo-Nazi movements, with considerable experience of more ‘typical’ above-ground organisational activity.

As journalist Jason Burke wrote in a long investigation skewering the lone wolf idea: “[Supposed lone wolf examples] Lapshyn, Gilleard and Davison were each described as lone wolves by police officers, judges and journalists. Yet even a cursory survey of their individual stories undermines this description. Gilleard was the local branch organiser of a neo-Nazi group, while Davison founded the Aryan Strike Force, the members of which went on training days in Cumbria where they flew swastika flags.

“Thomas Mair [the murderer of British MP Jo Cox], who was also widely described as a lone wolf, does appear to have been an authentic loner, yet his involvement in rightwing extremism goes back decades. In May 1999, the National Alliance, a white-supremacist organisation in West Virginia, sent Mair manuals that explained how to construct bombs and assemble homemade pistols. Seventeen years later, when police raided his home after the murder, they found stacks of far-right literature, Nazi memorabilia and cuttings on Anders Breivik, the Norwegian terrorist who murdered 77 people in 2011.”

Naming the problem of fascism

The point here is not that there are sociological problems behind far-right violence. We should not be numb to the forces of social alienation and detachment, cultures which glorify violence, and so forth.

Fascism has always thrived on the chaotic, isolating and psychologically destructive character of modern society. It was the extreme trauma of the first world war that gave birth to fascism as a global mass movement – a movement that has always attracted the ill-adjusted and violence-obsessed.

Yet to be understood, it must be framed as a social movement in its own right, with philosophical roots in existing society, dedicated to racism and violence and coherently organised in active milieus which will continue to throw up both individual and collective initiatives.

The clear evidence of police collusion with the armed far-right, and the consistent failure of western states to identify fascism as a major vector of political violence, demands we call this problem what it is and force authorities to accept it.