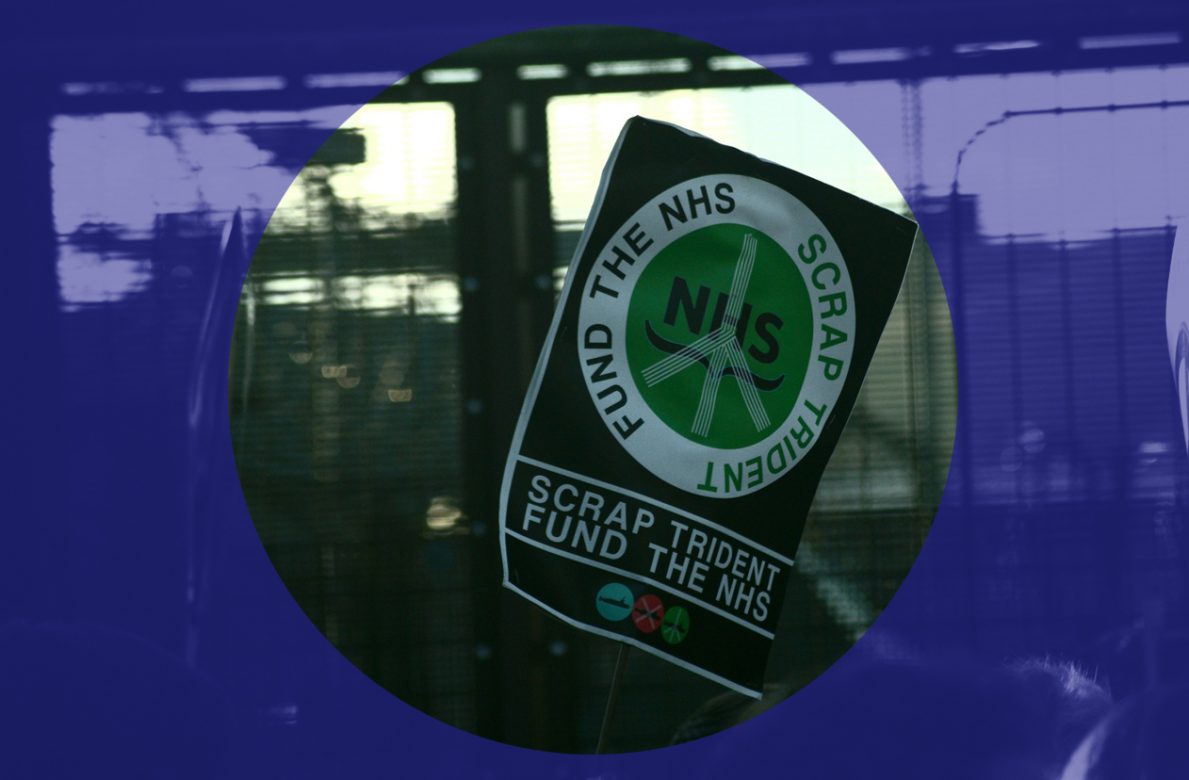 “It’s some time to re-arm with world-killing, civilisation-negating bombs.”

IN its Integrated Review, the UK Government has announced a substantial increase in the numbers of its nuclear weapons for the Scotland-based Trident system.

There are presently 195 nuclear warheads in the UK. A previous commitment to cap the number at 120 has been scrapped for a new cap of 260 for all nuclear weapons. This massive leap flies in the face of the international Nuclear Non-Proliferation Treaty.

Boris Johnson justified the increase on the grounds of a need to compete with China. Opposition leader Keir Starmer chided the Conservatives for having cut the military budget too far (so scarce chance of resistance from that quarter).

It’s some time to re-arm with world-killing, civilisation-negating bombs.

It comes, as well, in the same week as the parliament vote to reduce the right to protest. Faslane in Scotland, where the Trident system is based, has always been the site of both regular (indeed permanent) protest, and also sharp state repression. And in recent years, a crackdown on anti-Trident activism has increased in aggression – not just in Scotland but also in the US, where so much of the hardware and software is built and co-ordinated.

The whole deal, in other words, has been thrown into sharp focus: Trident, our right to protest it, the national question and its relationship to the international movement for disarmament.

The Scottish Campaign for Nuclear Disarmament (SCND) responded with the rather obvious point that the current conditions of economic, ecological and pandemic crisis “require a focus on real security achieved by reducing inequalities and working to heal environmental and social harms”.

SCND and the global movement for unilateral disarmament have long argued that the supposed alternative – ‘multilateral disarmament’ – was always a cover for maintaining nuclear weapons programmes. It’s difficult not to conclude that they have been vindicated once again.

Indeed, this is only the latest chapter in the failure of the NPT to halt the global spread of nuclear weapons, which has become an aggravating factor in world conflict from Pakistan and India to Israel and Iran. Obviously, when the supposed leaders of the international community, like UN security council member the UK, ignore treaties of this kind and the more recent ban on nuclear weapons finally established in 22 January, the vaunted moral high ground slumps into a ditch. How can non-proliferation, let alone a ban on nuclear weapons, be enforced when countries like the UK continue to proliferate?

“Renewing Trident nuclear weapons was already a shameful and regressive decision, however, increasing the cap on the number of Trident weapons the UK can stockpile by more than 40 per cent is nothing short of abhorrent.”

One might be left to wonder, however, what happens when one part of that rules based order – the UN – clashes with another part, the nuclear weapons alliance Nato. Clearly, this cannot be left to high-level negotiations.

Tax economist Richard Murphy is not alone in speculating on the possible negotiating table benefits of a British state nuclear weapons system increasing in value north of the border. Writing in the National, he said: “I cannot help but note that Johnson is being mightily foolish when increasing the impact of the single biggest ace that the Scottish Government will have in negotiations after independence…”

The problem with this observation is it works both ways. Would Johnson commit £8 billion more on top of the £205 billion already estimated for lifetime spend for Trident replacement, if he wasn’t committed to securing the Union? His government is almost certainly looking to use this expansion of weapons as another bridge back into Scotland (even if claims for the weapons’ benefits are exceptionally thin – you don’t get many new jobs out of shifting more warheads around, even if they are fabulously expensive).

SCND maintains that independence is the most direct root to getting rid of Trident, which is now an appreciating and increasingly dangerous asset. But how we actually manage the transition from nuclear power will depend on our right to protest – on the checks of extra-parliamentary social movements.

These twin developments of recent days, therefore, of increasing Trident and reducing protest rights, ought to focus minds on how to push ahead.