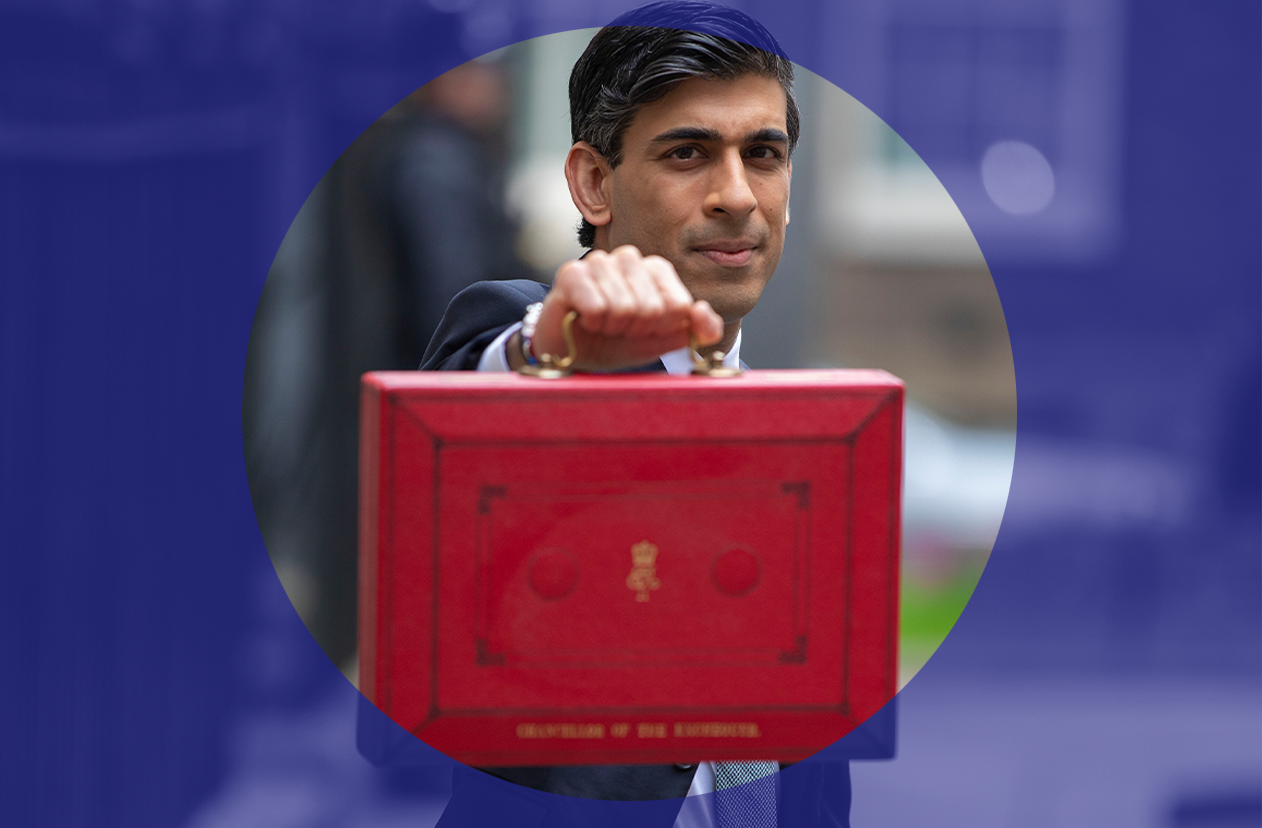 “We now know what the UK is going to look like in the final years before we reach those irreversible climate tipping points and the planet stops caring how fast our economy is growing. With Scottish elections and possibly another independence referendum now looming, it’s time for the various parties to show their support for an alternative future”

Common Weal’s Head of Policy & Research, Dr Craig Dalzell, examines the UK Budget and warns of hard times to come for everyone the Tories will leave behind.

IN MY UK budget analysis last year, I warned that the UK Government’s approach to investment in these “Interesting Times” was likely to become more and more driven by political machinations rather than economic need. That the “Levelling Up Agenda” was more about rewarding new Tory voters (and warning that that which is granted can be taken away) than it was about truly decentralising economic development.

We can see those warnings come to fruition in this year’s budget. The “post-Covid recovery” is shaping up to be one of pitting regions against each other to win the latest ‘pork barrel’ project. For example, Darlington – which switched from Labour to Conservative in 2019 – has won a new “Economic Campus” made of parts of the Treasury Department, the Department for Business, Energy and Industrial Strategy, the Department for International Trade and the Ministry of Housing, Communities and Local Government. This campus will involve “relocating” 750 civil servants from their London base to the new campus – though I’d take that promise with a large pinch of salt, given that the previous experience in Scotland of trying to relocate tax officials during HMRC’s centralisation of services has found that very few take up the offer.

Leeds – which remains a Labour city despite Conservative gains in recent years – was awarded the lesser prize of a new UK Infrastructure Bank. A clear echo of the Green Investment Bank that was bestowed upon Scotland before the 2014 independence referendum, marketed as an “incentive” to stay within the Union and then quietly sold off shortly after we decided that we would.

And packages such as regional and city deals as well as pots for community development funding – even despite treading on the toes of devolution – are likely to fall into the same trap as the current City Deals in that they will pit communities and regions against each other for the dangling carrots rather than encouraging cooperation between them.

And none of this is happening from the perspective of decentralisation of power. The resources and their distribution will remain firmly within Westminster’s grasp. Power devolved is power retained. And that which can be granted, can be taken away again.

The headline tax and policy announcements in the Budget are best recounted elsewhere, but I do want to draw attention to Rishi Sunak’s admission that last year’s “End of Austerity” has itself been ended.

Whilst the Covid support schemes will remain in place for now, Sunak has announced that austerity will be returning for many in the next couple of years and that that austerity is likely to last not for years but for decades as he attempts to reach a goal of a “balanced” current budget – something that will require closing the £14 billion pre-Covid current budget deficit, plus whatever has happened to the current budget since then.

Given that the proposed tax cuts and rises over the next five years are projected to roughly cancel each other out, the only way this is likely to happen is by a return to and acceleration of cuts to already crippled public services.

For anyone who actually understands how the Covid support schemes have been paid for (largely via money creation and QE rather than “borrowing”), Sunak’s excuses that we have to “pay back the debt” in case interest rates rise in the future is dangerous nonsense.

First, rising interest rates would be a sign of a recovered economy and one capable of paying those increased rates. Second, the threat of rising interest rates in the short and medium term future is an excuse to issue longer term bonds (maybe even bring back the perpetual “consols” that George Osborne scrapped in 2015) and engage in some truly long term planning rather than investing within election cycles. Third, and most importantly, because most of these bonds have been supported by the Bank of England’s Quantatative Easing, the rate of interest on them is utterly irrelevant. Whatever the UK Government pays to the Bank in interest, the Bank pays back to the UK Government because it’s a publicly owned Central Bank.

The biggest cause for concern in this budget for me came in the approach to post-pandemic business incentives. The “Super Deduction” that will allow companies to write down 130 per cent of the value of their investments against their tax bill is likely to effectively subsidise a massive exercise in “inwards investment” which will almost certainly lead to an acceleration of profit extraction from the UK.

And then there’s the fascination that the Tories have with Freeports. These vehicles have been shown time and time again to be economically and socially damaging in the worst case – as they can become havens for tax evasion, smuggling and other criminal activity – and economically neutral in the best case – as they act merely to move investment from one part of the country to the other. Although when one considers the other policies that have been designed to pit regions against each other, maybe this is entirely the point…

Taken together, we can see that although the Tories have robbed Labour of some of their ideas around investing their way out of a crisis, the shape of that investment is likely to be limited to “levelling up” a few favoured companies in a few favoured areas with everyone outwith left behind.

In their response to the budget, SNP MPs had a golden opportunity to push back against this and to point out all of these flaws as well as the lack of any serious attempt to make progress towards the Green New Deal we desperately need (despite the actual positive of charging the Bank of England to measure said progress). Instead, they chose to focus on decrying the budget’s “lack of ambition” when it comes to GDP Growth. Ian Blackford repeating the apparently now party line developed during the recent Scottish Budget that growth is all that matters. This is deeply disappointing and, as I said in my analysis of the Scottish budget, it is utterly antithetical to the SNP’s stated goals of developing an economy that measures success by growing Wellbeing, not size.

It is easy to attack the Conservatives when they show their hand like they have today, but independence will be gained by showing that Scotland can be better than this and that we can chart a future that will take us to a very different place than the Tories have planned for us. We won’t get there by saying that we’ll simply repeat their mistakes but do it harder and faster.

Common Weal has already developed the only serious and realistic blueprint that will allow Scotland to meet our climate targets and play our part in averting the climate emergency Our Resilient Scotland plan works not by relying on austerity, geographically limited “inwards investment” and growth at all costs but by building a Scotland that can come safely out of this pandemic and protect ourselves against the climate emergency. A Scotland that builds economic resilience – which can only be built on social resilience and therefore one that works to improve all of our lives.

We now know what the UK is going to look like in the final years before we reach those irreversible climate tipping points and the planet stops caring how fast our economy is growing. With Scottish elections and possibly another independence referendum now looming, it’s time for the various parties to show their support for an alternative future that is worth voting for.